This item is limited to 500 copies worldwide. 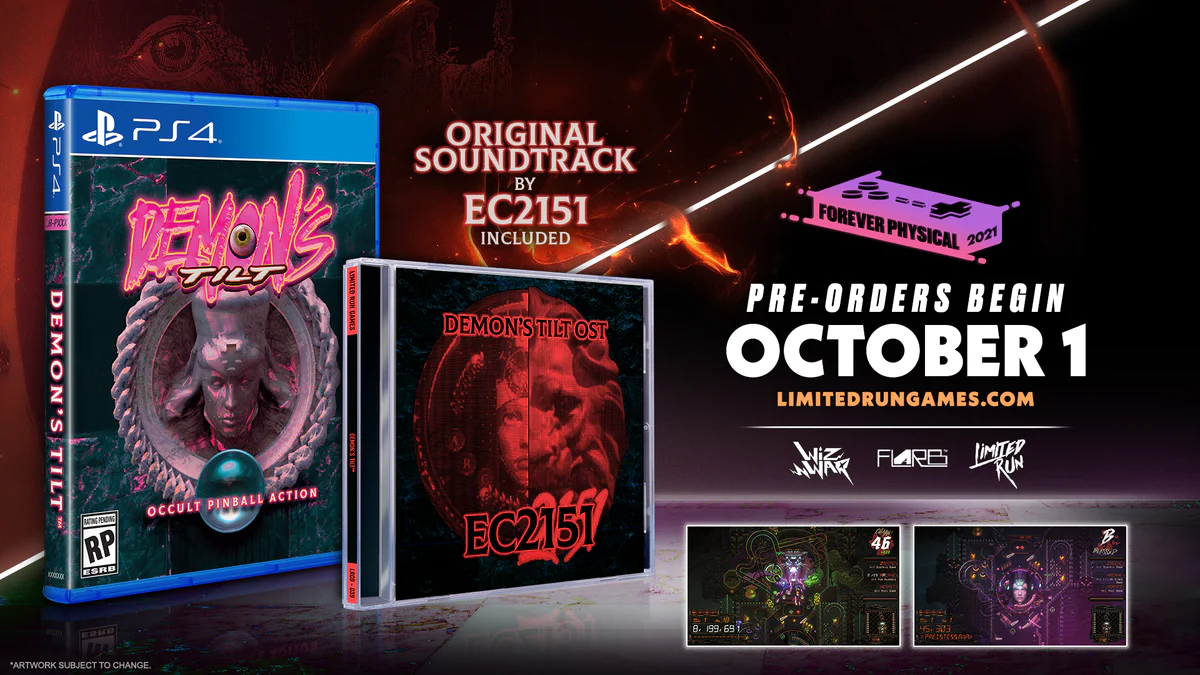 Turbo-Charged Pinball is back!

A three-tiered cathedral to Explore:

Unlock its gothic secrets and depth over time, Packed with mini-bosses, baddies, ramps and mechanical traps.

Convert waves of enemy bullets into homing magic that fights for you, or transmute them into GOLD for a banked Ultra Jackpot!

Use your Chain Meter to combo hits and keep your scoring momentum up. Link ramps to extend the Chain Meter's life. Speed and aggressive play rewards!!

Complete Dark Rituals and spell letters for huge bonuses & jackpots Complete them all and unlock a special WIZARD MODE!

The High Priestess: Controlled by an unknown demonic force. Turn her Wheel of Fate and take control of your destiny.

The Manticore: Part lion, serpent, and scorpion. An enslaved beast oversees the cathedral and protects its deepest secrets.

The Hermit: The humble gatekeeper of the cathedral.

The Phalanx: A well-defended skeleton horde. Their shields will stop most shots, try and outflank them!

Shub Calamari: 120 million years old is just a baby when it comes to Cosmic Gods!

Sacrificed Goat: An aggressive demon, its eyestalks are its weak point.

Insane Homunculi: A blasphemous experiment gone awry. Watch out for the bile!

A Mega-Driven Soundtrack: An all-new OST true to the guttural sound of the chiptune age, composed by E.C.2151