$29.99
This item has not gone on sale yet. It will be available on Friday, September 16th at 10AM Eastern Time.

One side features Yuuko in her school uniform, while the other features Lena, Amu and goddess Yuuko from Valis IV. 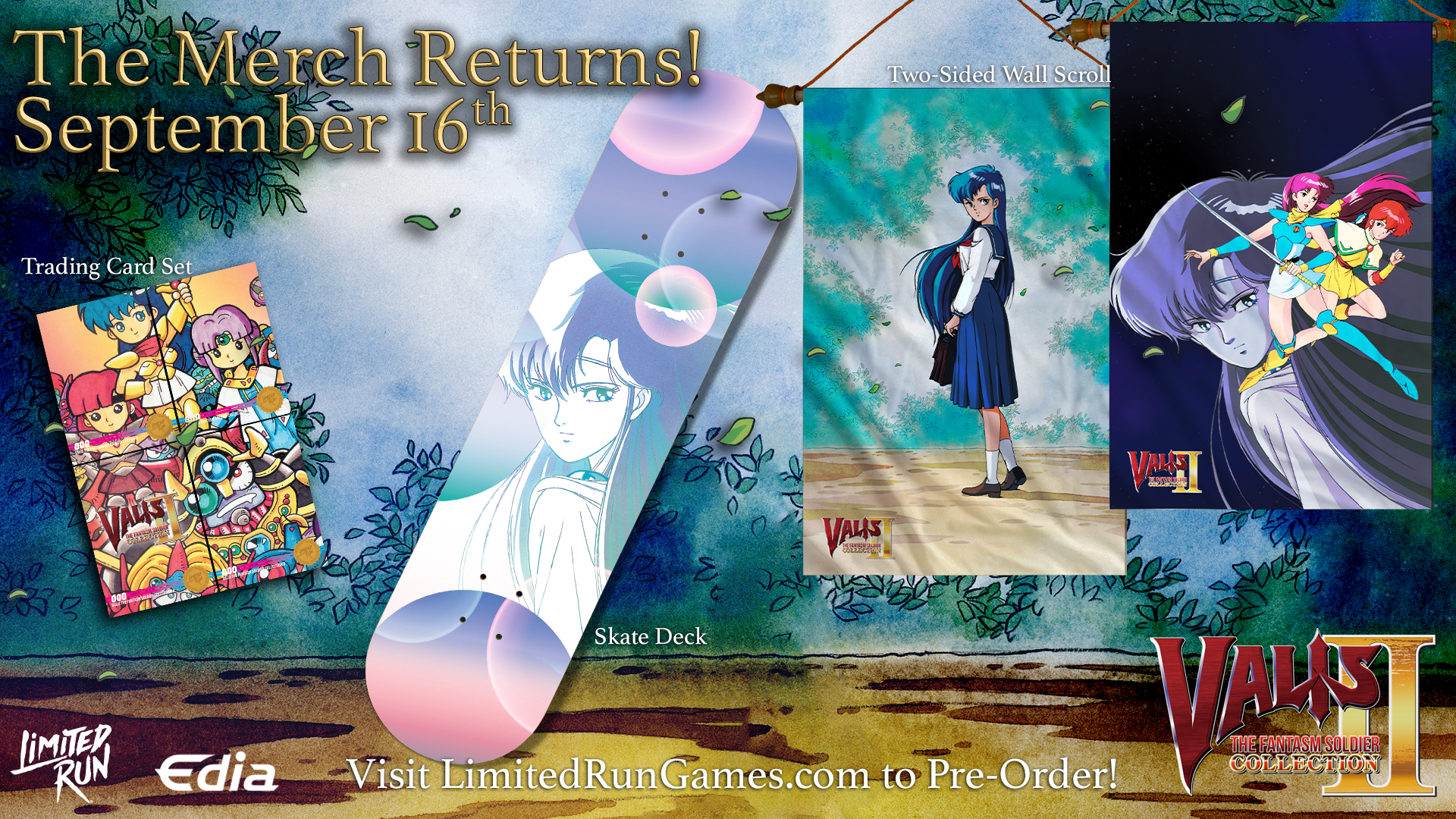 One side features Yuuko in her school uniform, while the other features Lena, Amu and goddess Yuuko from Valis IV.

Yuuko, now a Goddess of Dream World, searches desperately for a new Valis warrior to combat the evil King Gallagher, now awakened from his crystal slumber. The strongest fighter is Lena Brande; Dream World’s only hope. A new Valis Warrior is about to be born.

Yuuko looks like an ordinary grammar school student, but she is actually the Valis Warrior! When Yuuko and her friends are threatened once again by Emperor Megas, she is lit with a burning desire to crush his ambitions in this Super Deformed adventure!

What would you think if your best friend went on a date with the King of the Dark World because she thought he was cute?! You'd think she'd been duped—and you'd be right. The fiendish King Rogles stands poised to conquer the other worlds of the universe: the Dream World of Queen Valia, and the Human World. Rogles and his five Dark Lords have taken the force of Yang from Queen Valia and sealed it into a Fantasm Jewel.

Only a warrior with a heart perfectly balanced between Yin and Yang can wield the Sword of Valis against the encroaching darkness! Yuko, a young student from the Human World, is the chosen one - and you will control her. She is to become the greatest warrior in the universe, never suspecting that her most fearsome battle will not be against a Dark Lord, but against her closest friend from the Human World—the one she warned.