hip to Shore PhonoCo. is proud to bring the soundtrack to vinyl for the very first time 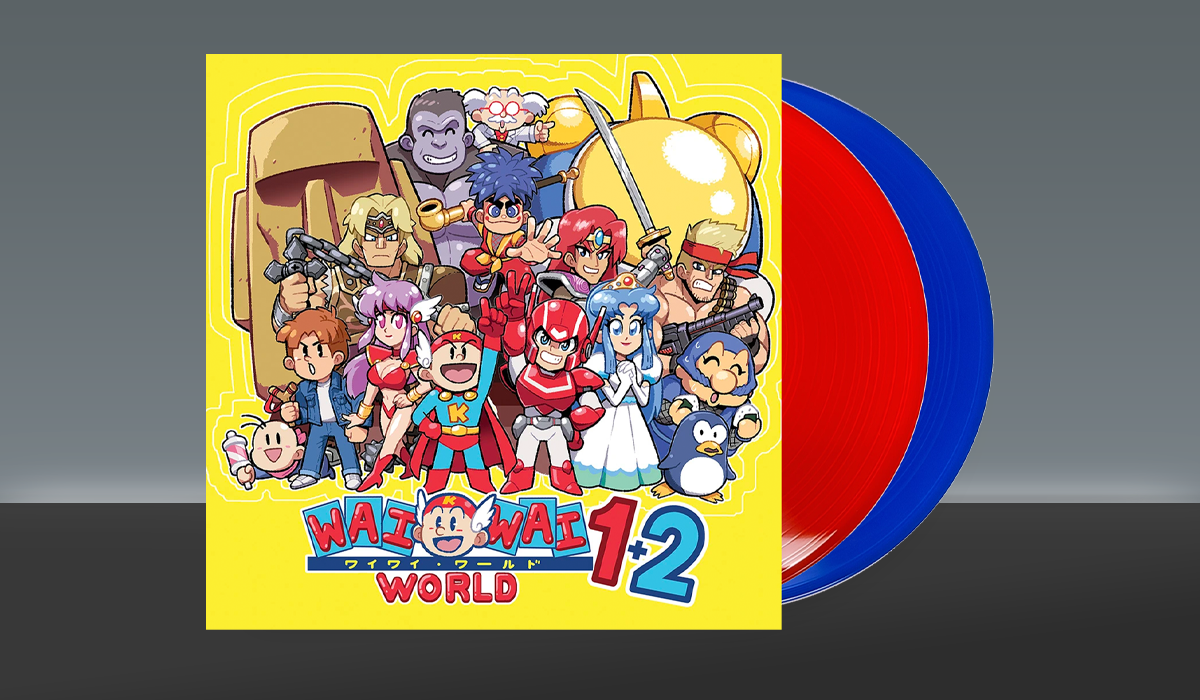 This is a Limited Run Games exclusive color variant

Originally released in 1988 and 1991, respectively, Konami Wai Wai World and Konami Wai Wai World 2: SOS!! Parsley Castle are affectionate, impeccably crafted crossover spectaculars featuring the greatest Konami characters of the 8-bit era. Never released outside of Japan, Ship to Shore PhonoCo. is proud to bring the soundtrack to vinyl for the very first time. Containing music from both well known franchises such as Castlevania, Contra and Gradius as well as more obscure offerings like Getsu Fuma Den, Twinbee and Quarth, this double LP will take listeners on a journey through Konami's 8-bit past.