$59.99
This product is sold out!
This item has not gone on sale yet. It will be available on Friday, August 5th at 10AM Eastern Time.

The legendary Super Famicom cult classic is back. Released only in Japan nearly 20 years ago, Rendering Ranger: R2  arrives on the Super Nintendo at last! 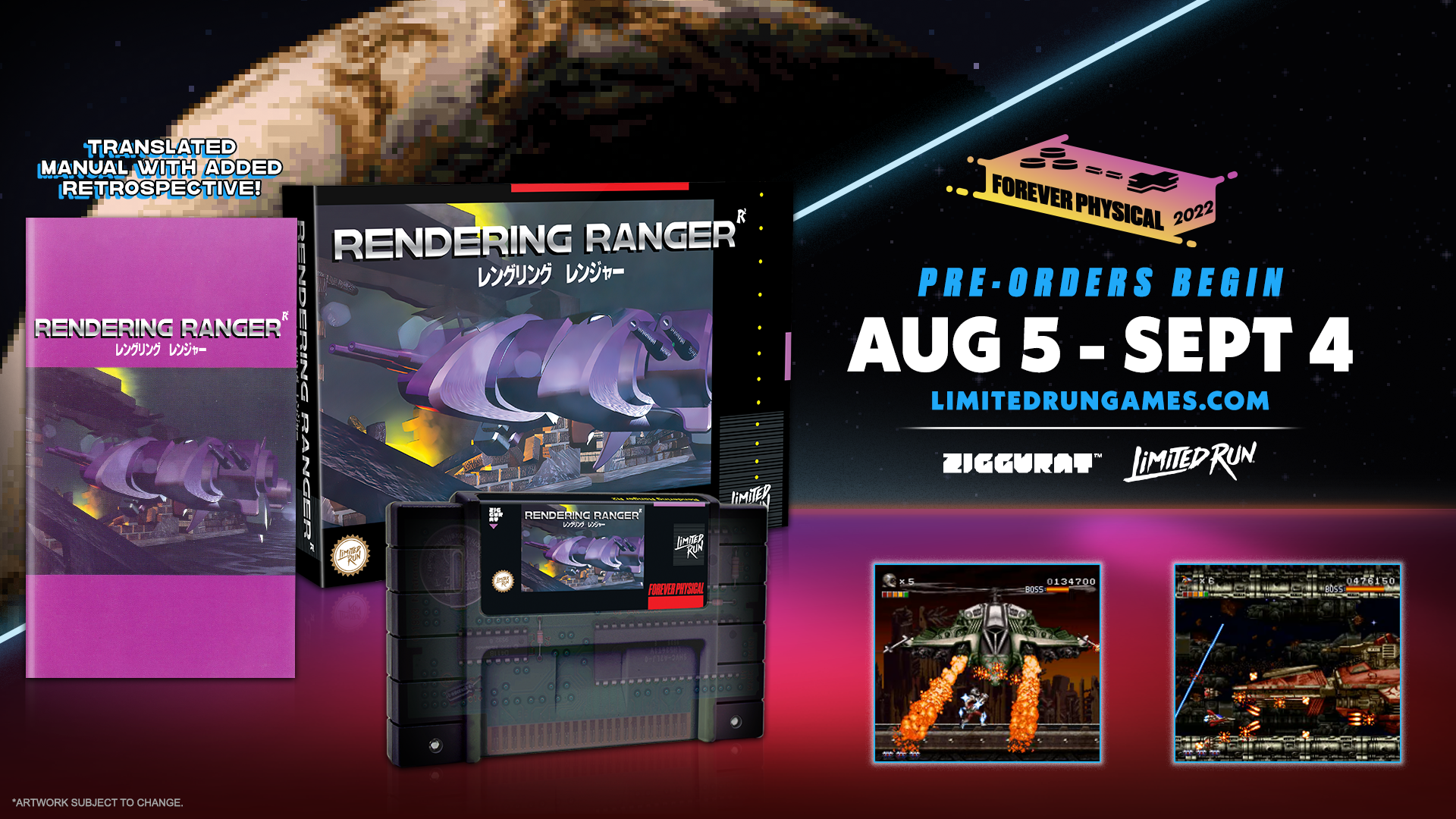 Released only in Japan nearly 20 years ago, Rendering Ranger: R2 arrives on the Super Nintendo at last!