$39.99
This product is sold out!
This item has not gone on sale yet. It will be available on Tuesday, November 22nd at 12PM Eastern Time.

Aztech Forgotten Gods is the cyber-stone action-adventure following Achtli, a young woman who battles the colossal Forgotten Gods. To uncover the truth behind her far-future Mesoamerican metropolis, she'll have to turn the Gods' power against them, as she soars through the city with power and grace. Aztech Forgotten Gods is on a region-free physical cart for the Nintendo Switch. This is an open pre-order for a limited time. 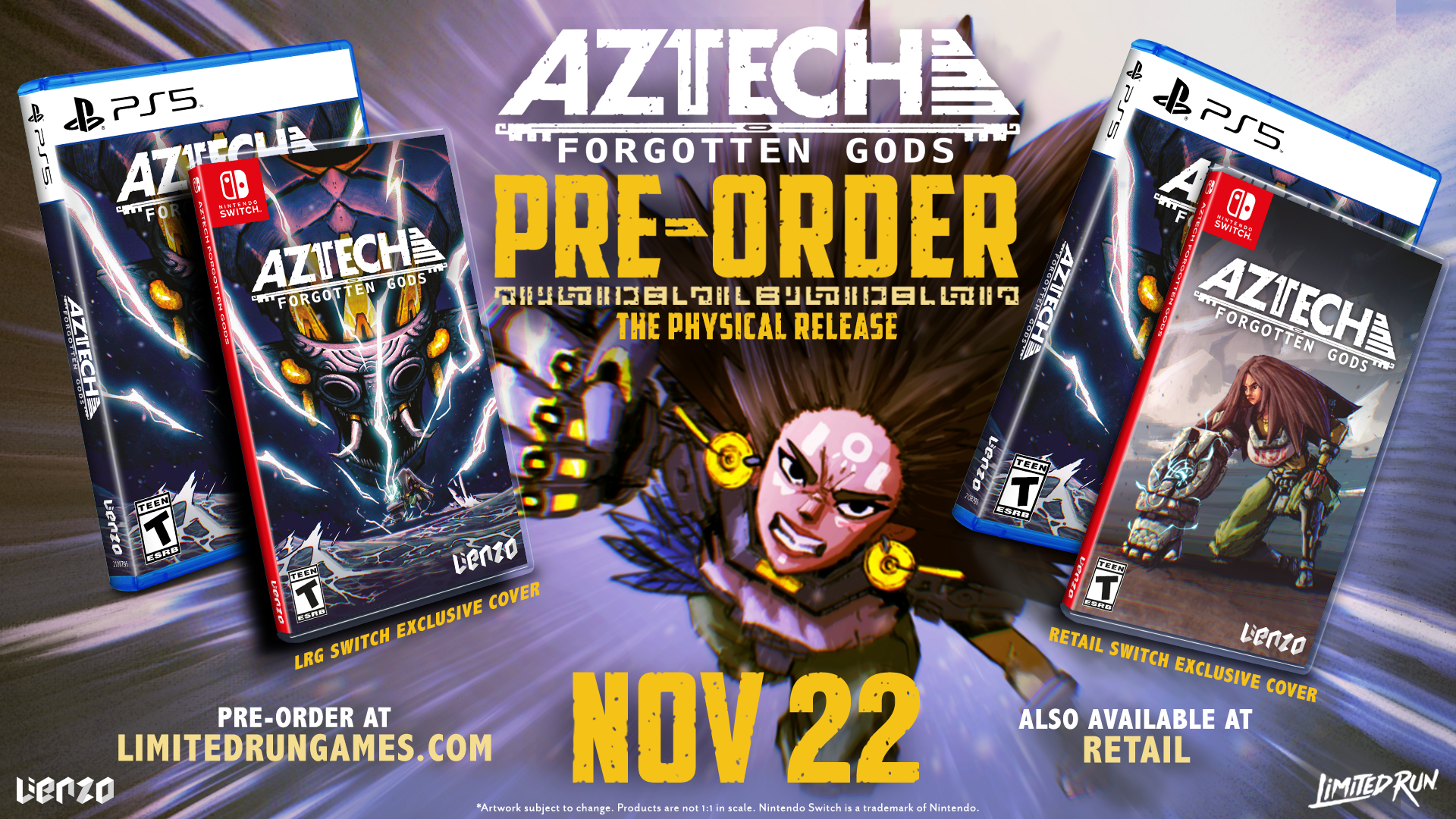 This is not a numbered release, and thus is not a part of the  Limited Run Games Collection. We are distributing this title on behalf of Lienzo. Missing out on this release will not compromise a complete Limited Run set. This item will also be available on our Amazon store and other major retailers.

SOME THINGS ARE BEST LEFT FORGOTTEN

Aztech Forgotten Gods is the cyber-stone action-adventure following Achtli, a young woman who battles the colossal Forgotten Gods. To uncover the truth behind her far-future Mesoamerican metropolis, she'll have to turn the Gods' power against them, as she soars through the city with power and grace using an ancient artifact, remnant of a time long forgotten.

THE TRUTH LIES IN THE PAST

WHAT IF THE AMERICAN CONTINENT WAS NEVER CONQUERED AND THE GREAT AZTEC EMPIRE TOOK OFF AND CONTINUED GROWING WELL INTO THE FUTURE?

This story takes place in an alternative future where the Aztec empire was never conquered, and thus has flourished into a hyper-advanced civilization.

Achtli later discovers that these giants are deities from the old times. The frightening Forgotten Gods.

Achtli crawls out of the rubble to discover two things: her prosthetic arm has been replaced with a mysterious stone artifact, and an ethereal voice in her head is claiming its own divinity. Now, Achtli must face the Forgotten Gods in order to stop them from destroying everything that she loves.