In three branching stories, friends become foes, foes become friends, and based on your choices, multiple endings can be unlocked!

Fairy Fencer F: Advent Dark Force is on a region-free physical cart for the Nintendo Switch. 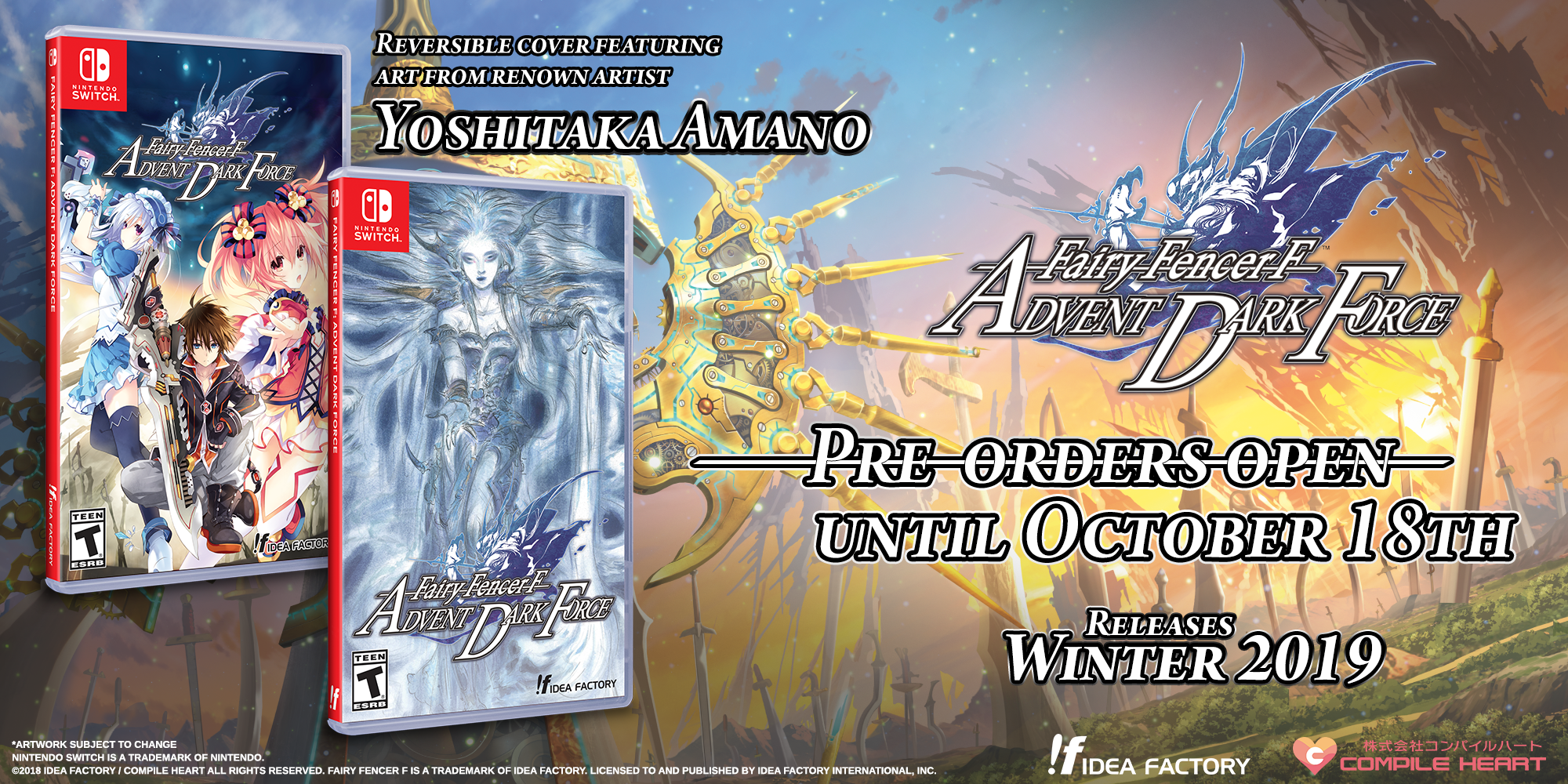 This is not a numbered release, and thus is not a part of the Limited Run Games Collection. We are distributing this title on behalf of Idea Factory. Missing out on this release will not compromise a complete Limited Run set.

In three branching stories, friends become foes, foes become friends, and based on your choices, multiple endings can be unlocked!

Customize weapons by fusing them with fairies and change dungeon stats through World Shaping. Even power up Fencers through the fairies’ power to transform, or Fairize, during battle and change your world!

Three's a Crowd, Six is a Party

With up to six party members on the battlefield at a time, you can play as all your favorite Fencers!

Play in Easy, Normal, or Hard mode and switch the difficulty up whenever you want to balance the game to your play style!

Long ago, a war waged between the Vile God and the Goddess. Each created weapons known as Furies containing fairies imbued with their power. Now those who can wield these weapons fight to collect them. Our hero Fang reluctantly joins this ancient battle and must now choose to revive either the Goddess or the Vile God. With up to six characters on the battlefield, a revolving cast of party members, and customizable dungeons, your choices will reshape the world!