Sheepo is a metroidvania, but contains no standard combat. Instead, gameplay is based on platforming and exploration. With the collection of each creature, Sheepo is able to dig, fly, and teleport across an interconnected series of landscapes, uncovering hidden shrines, old ruins, and strange characters. Sheepo is on a region-free physical cart for the Nintendo Switch. This is an open pre-order for a limited time.. 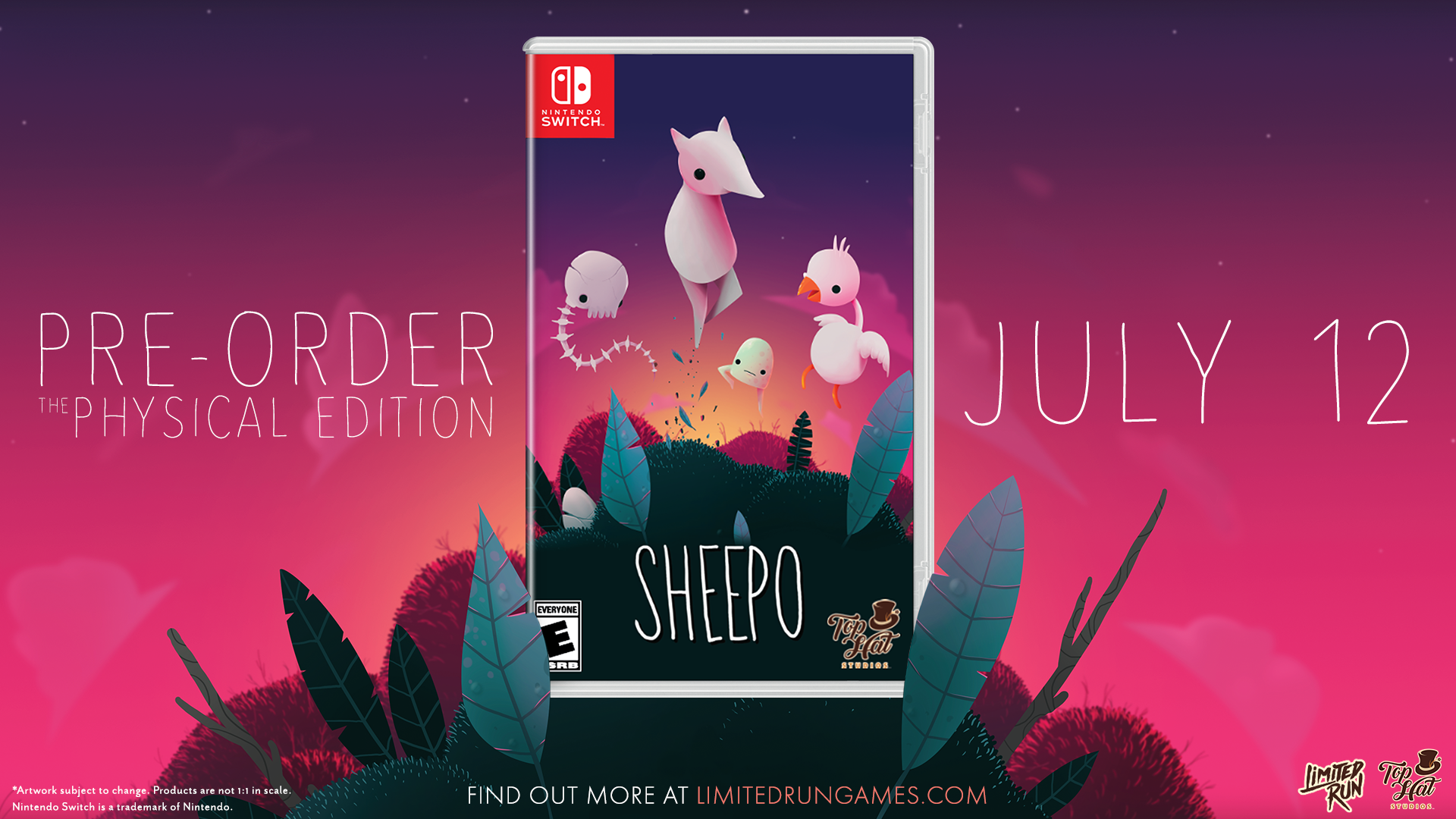 This release is not a part of the Limited Run Games Collection and is not a numbered release. We are distributing this title on behalf of Top Hat Studios. Missing out on this release will not compromise a complete Limited Run set. This item is available on our Amazon store.

You are Sheepo, and it's your first day on the job at an intergalactic species database. Your first task? To visit an uncharted planet and save all its living creatures from extinction! It might seem like a lot of work for a single day, but thankfully a day on Planet Cebron lasts 8000 earth days. Unfortunately, your pay is based on Cebron days.

Sheepo is a metroidvania, but contains no standard combat. Instead, gameplay is based on platforming and exploration. With the collection of each creature, Sheepo is able to dig, fly, and teleport across an interconnected series of landscapes, uncovering hidden shrines, old ruins, and strange characters.

To capture a creature, Sheepo must find their unhatched egg, which happen to be highly guarded by that species "queen" (aka, a boss) With each egg Sheepo collects, you gain the ability to transform into that creature on contact, and explore the deeper reaches of the planets sprawling environment