$144.99
This product is sold out!
This item has not gone on sale yet. It will be available on Thursday, October 20th at 12PM Eastern Time. 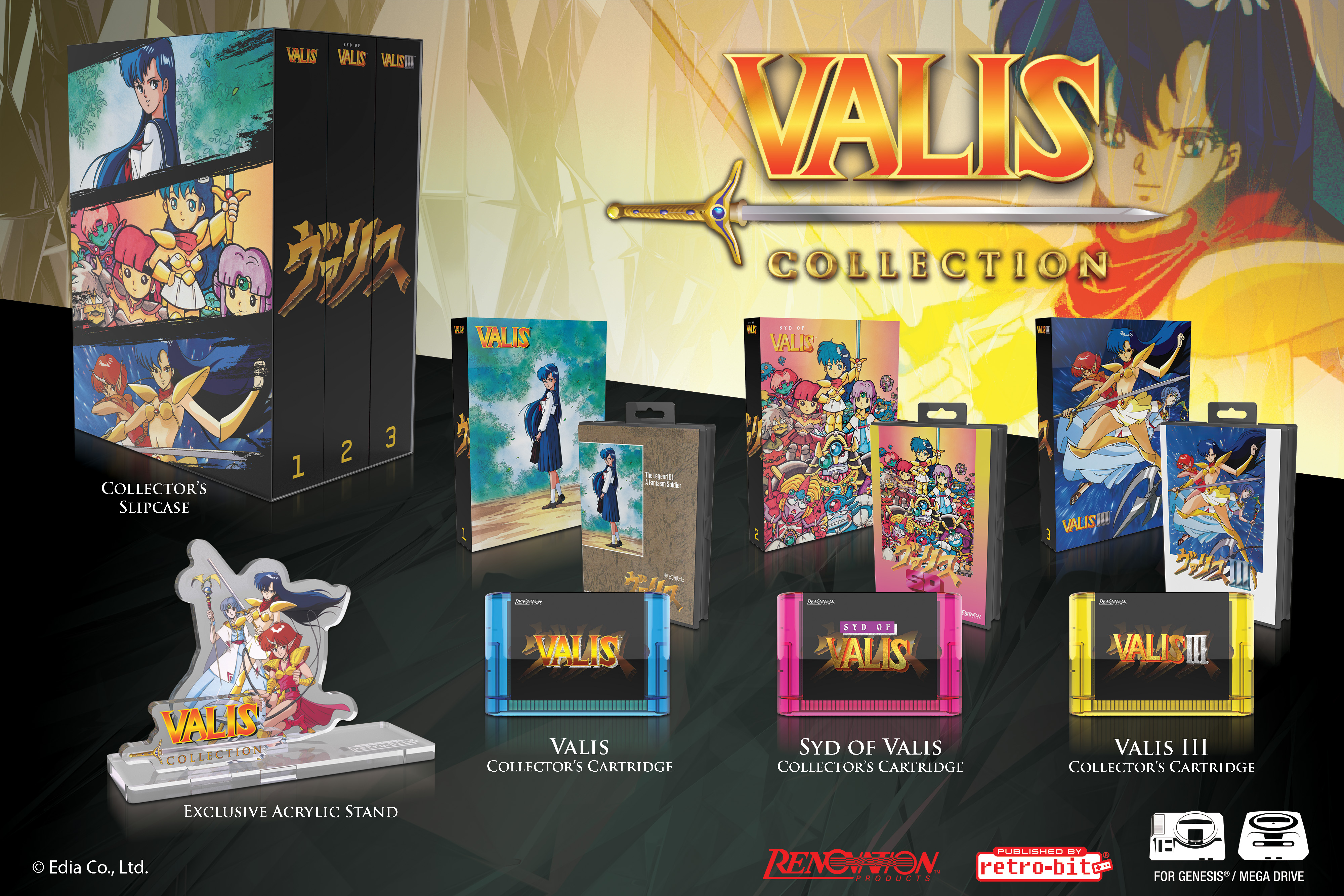 This release is not a part of the Limited Run Games Collection and is not a numbered release. We are distributing this title on behalf of Retro-Bit. Missing out on this release will not compromise a complete Limited Run set.

The epic story of Yuko Ahso from ordinary schoolgirl to the Warrior of Valis saving Earth and the Dreamland from the invading hordes from the Dark World graced the SEGA Genesis®/Mega Drive over 30 years ago.  Those looking to own all three titles, they can look forward to receiving an additional master slipcase to store all three titles as well as a special acrylic stand displaying Cham, Valna, and Yuko.

Yuko Asou had just finished a long day at school when a freak storm began pouring rain - just like in her dream the night before.  She then encounters her classmate Reiko who leaves behind more questions than answers.  Suddenly set upon by a monster, Yuko manifests a sword in her hand (much to her surprise) and is able to defeat her foe.  She tries to go home but finds the entire city beset by demons.

Armed with the Sword of Valis, Yuko must fight off the dark forces of King Rogles across 7 action-packed stages and protect the Fantasm Jewel of Queen Valia.  She will need to master the mystic blade as well as magic spells to defeat each one of Rogles’ Dark Lords.  Does she have it in her to save both worlds from the encroaching darkness?

Yuko was out getting ice cream after a school day when she runs into an enemy she suspects is Rogles, but it turns out to be Emperor Megas looking to take over the dreamworld of Vecanti!  She must embark once more to prevent the destruction of Queen Valia’s homeworld as the true Valis Warrior.

Emperor Megas looks to stop Yuko by taking the mystic sword away from her and rendering her powerless to stop him.  New items and abilities are given to her in this "chibi" adventure as well as 6 different armors to defeat the dark forces across 5 perilous stages.

Much time has passed since Yuko saved the dreamworld of Vecanti.  Her own twin sister now sits on the throne as Queen of Valia and the Dark World falls into civil war.  Now, one of the most powerful lords of the Dark World has proclaimed himself as King Glames and seeks to conquer worlds to prevent the destruction of his own.  Still, there are those among the Dark World who fight against him such as Cham.

Yuko will need Cham to rescue Valna and then team up to defeat King Glames and his Sword of Leethus, which is powerful enough to take on the Sword of Valis.  Use each character’s abilities and magic to their fullest through 9 treacherous stages to strike at the heart of the Dark World once again!