$34.99
This product is sold out!
This item has not gone on sale yet. It will be available on Friday, December 2nd at 10AM Eastern Time.

Tempest 4000 is a visually stunning, action-packed tube shooter based on the classic hit arcade game, Tempest. Developed by legendary game designer, Jeff Minter, Tempest 4000 remains faithful to the original fast-paced gameplay by putting you in control of the Claw, a powerful spacecraft equipped to destroy deadly creatures and other obstructions with rapid-fire shots on vibrant geometric prisms. Tempest 4000 is on a region-free physical cart for the Nintendo Switch. This is an open pre-order for a limited time. 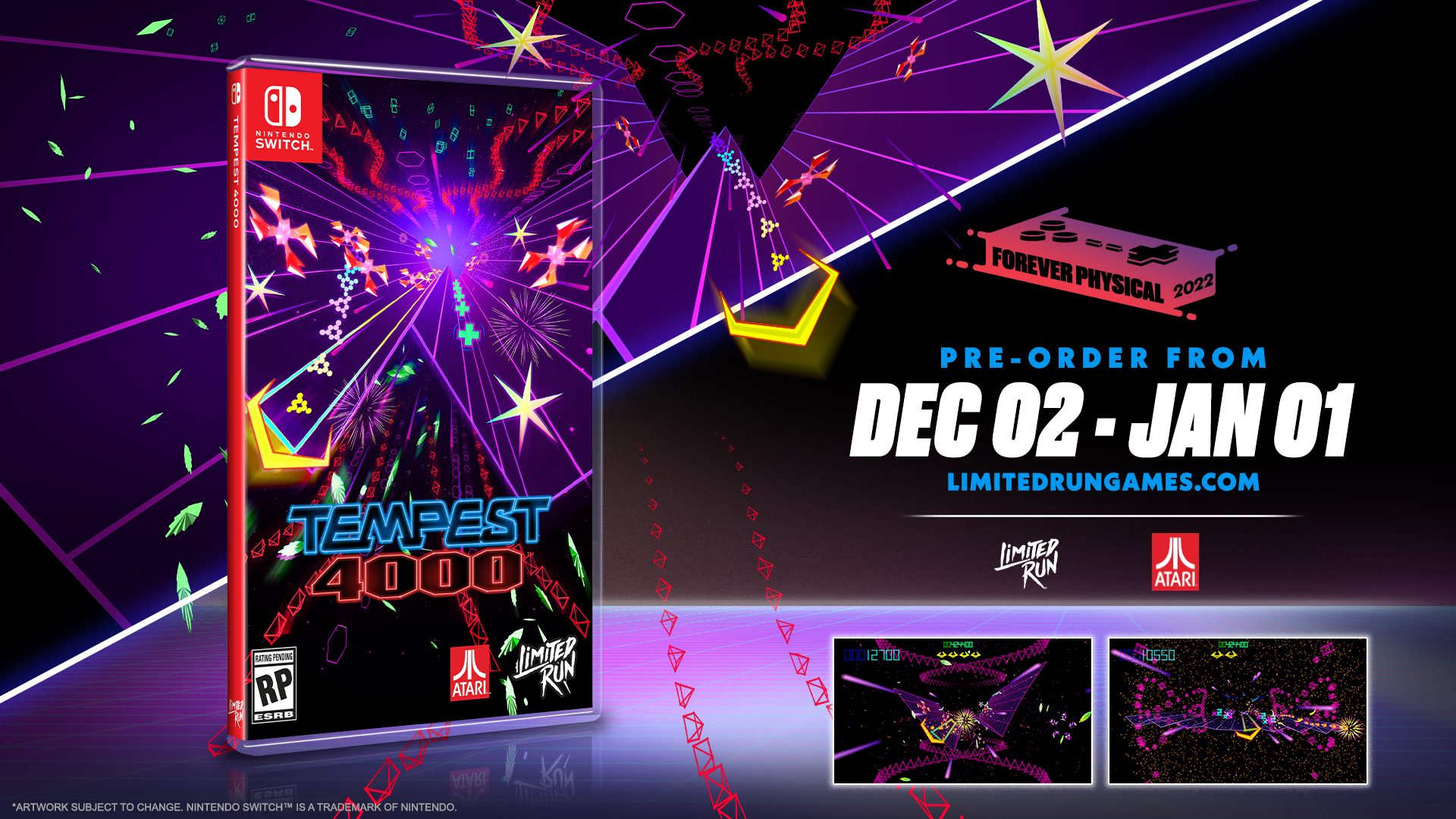 Tempest 4000 is a visually stunning, action-packed tube shooter based on the classic hit arcade game, Tempest. Developed by legendary game designer, Jeff Minter, Tempest 4000 remains faithful to the original fast-paced gameplay by putting you in control of the Claw, a powerful spacecraft equipped to destroy deadly creatures and other obstructions with rapid-fire shots on vibrant geometric prisms.

Featuring fantastical graphical environments, 100 levels, three game modes, and more, you must eliminate all enemies as fast as possible to survive and compete for the highest score on the leaderboards.

"Tempest 4000 is a fantastic conclusion to Llamasoft’s work on the games and easily holds its place amidst the classics of Atari’s flagship arcade series." – Hardcore Gamer

"Tempest 4000 is a great iteration on an arcade classic" - Zam

"Tempest is back and it's every bit as frantic as it was before." – TrueAchievements

"Tempest 4000 is a collaborative love-letter for Tempest fans from Minter and Atari that’s been enhanced for contemporary audiences with exciting new features and gorgeous 4K graphics." – COGconnected