When the Nintendo Entertainment System made its American debut in late 1985, the very notion of console games had become anathema to the buyers and managers who determined what consumers would see in the nation’s department stores and shopping malls. Two years later, those naysayers had been silenced as the NES became a dominant force—not just among video games and toys, but at retail in general. The History of Sunsoft Vol. I (Hardcover) 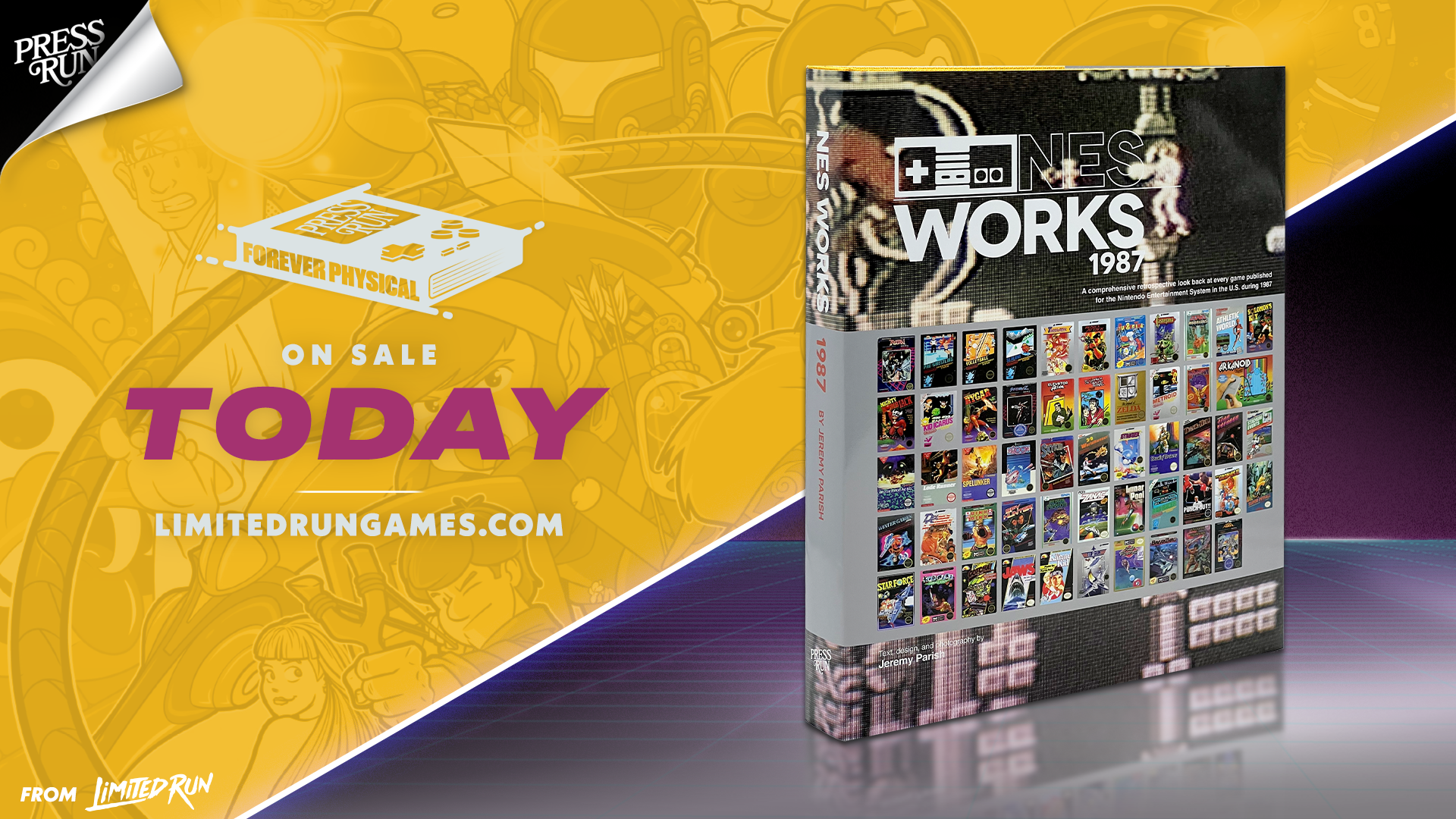 NES Works 1987 examines the Nintendo Entertainment System during 1987, the most pivotal period of its ascent to the top of the charts (and our hearts!). This volume presents the system’s history through the lens of what made it great: Not its marketing or advertising, but rather its games. More than 50 games shipped for NES throughout 1987, doubling the console’s library to that point. The best of these games—classics like The Legend of Zelda, Castlevania, Double Dribble, and Metroid—redefined the very concept of what a video game could be. With the 1987 NES lineup, Nintendo and its development partners cemented the future of gaming, laying down the concepts, characters, and franchises that continue to thrive more than three decades later.

Adapted from the YouTube series NES Works, this book includes all-new photography of each game’s packaging, direct feed screenshots, extensive retrospective examinations, and new sidebars and supplemental features that explore the context and impact of this medium-changing software in both the U.S. and Japan. The NES would rule at retail and in the living room well into the 1990s, and the design and technical innovations introduced by these 50-plus games played a critical role in its popularity.

This hardcover edition contains nearly 60 pages of bonus material not included in the basic paperback version, covering such topics as the alternate versions Konami created of the original Castlevania, the Famicom Disk System platform that gave life to so many of 1987’s NES hits, and more!