Following the worldwide success of the Nintendo Entertainment System and the home video game industry’s overall shift toward a new generation of more powerful hardware, a successor to the NES seemed inevitable 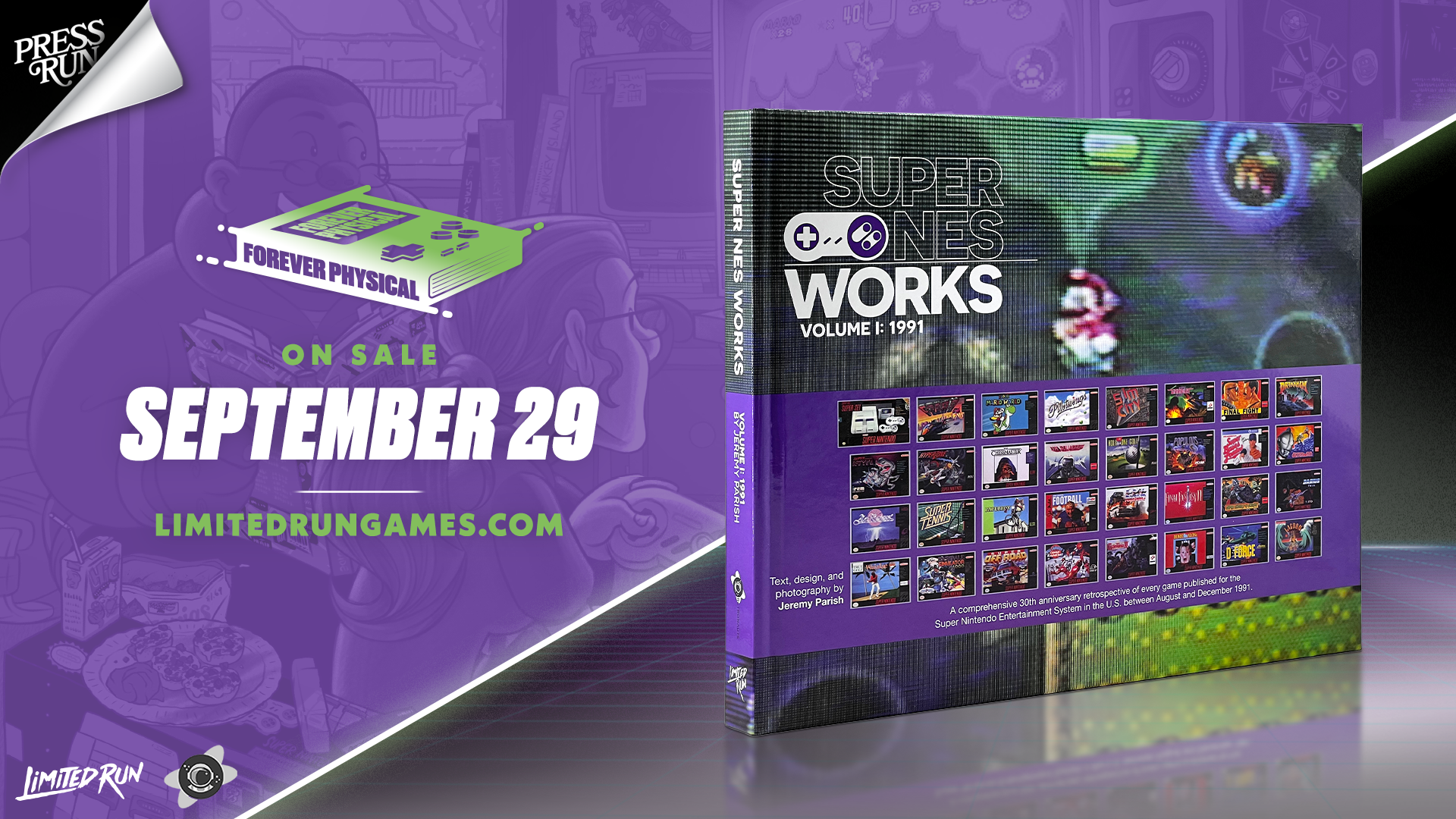 Following the worldwide success of the Nintendo Entertainment System and the home video game industry’s overall shift toward a new generation of more powerful hardware, a successor to the NES seemed inevitable.

In August 1991, Nintendo brought that successor—the Super Nintendo Entertainment System, or Super NES—to America, an in the process launched one of the most beloved consoles of all time.

Super NES Works Vol. I looks back at the early days of the Super NES in the U.S., with comprehensive retrospectives of both the console and all 31 games to ship for it through the end of the year. Each entry is accompanied with sidebars, supplementary features, photos of U.S. packaging, and crisp high-resolution direct-feed screenshots.

Super NES Works Vol.I also includes an overview of Japanese releases for Super Famicom through the end of 1991, a comprehensive timeline of events leading up to the system’s launch, and more! It’s the definitive 30th anniversary retrospective of how one of the greatest consoles ever got its start.