Bloodstained: Ritual of the Night The Definitive Soundtrack comes in a 4-LP box set containing all 46 tracks. 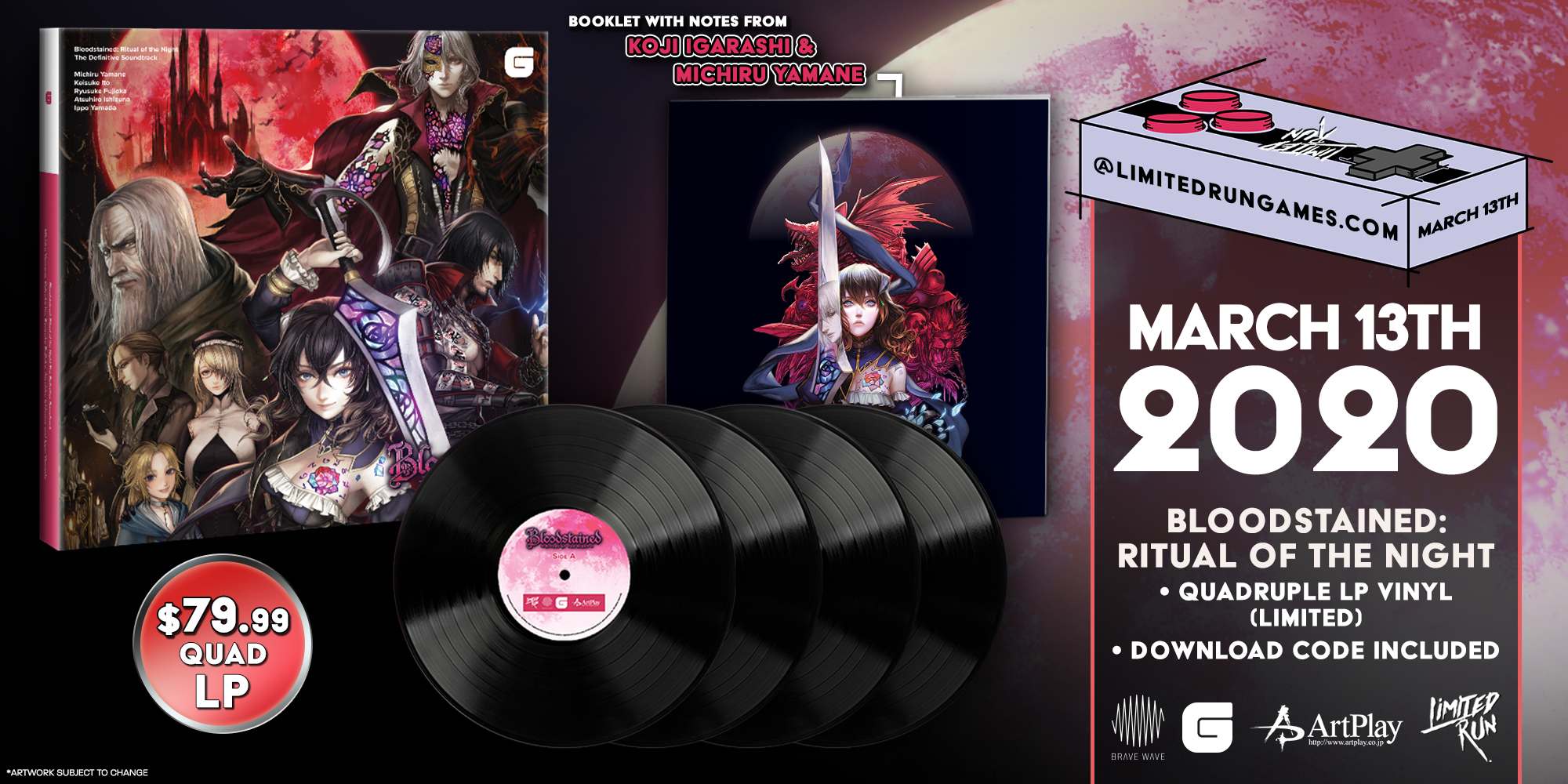 Bloodstained: Ritual of the Night, spearheaded by legendary game creator Koji Igarashi, was released in June 2019 to critical success. One highly rated element of the game was its melodic, moody and catchy music, composed by Michiru Yamane, along with Keisuke Ito, Ryusuke Fujioka, Atsuhiro Ishizuna and Ippo Yamada.

Bloodstained: Ritual of the Night The Definitive Soundtrack comes in a 4-LP box set containing all 46 tracks. The set will come with a booklet containing liner notes (in English and Japanese) from Michiru Yamane and Koji Igarashi.