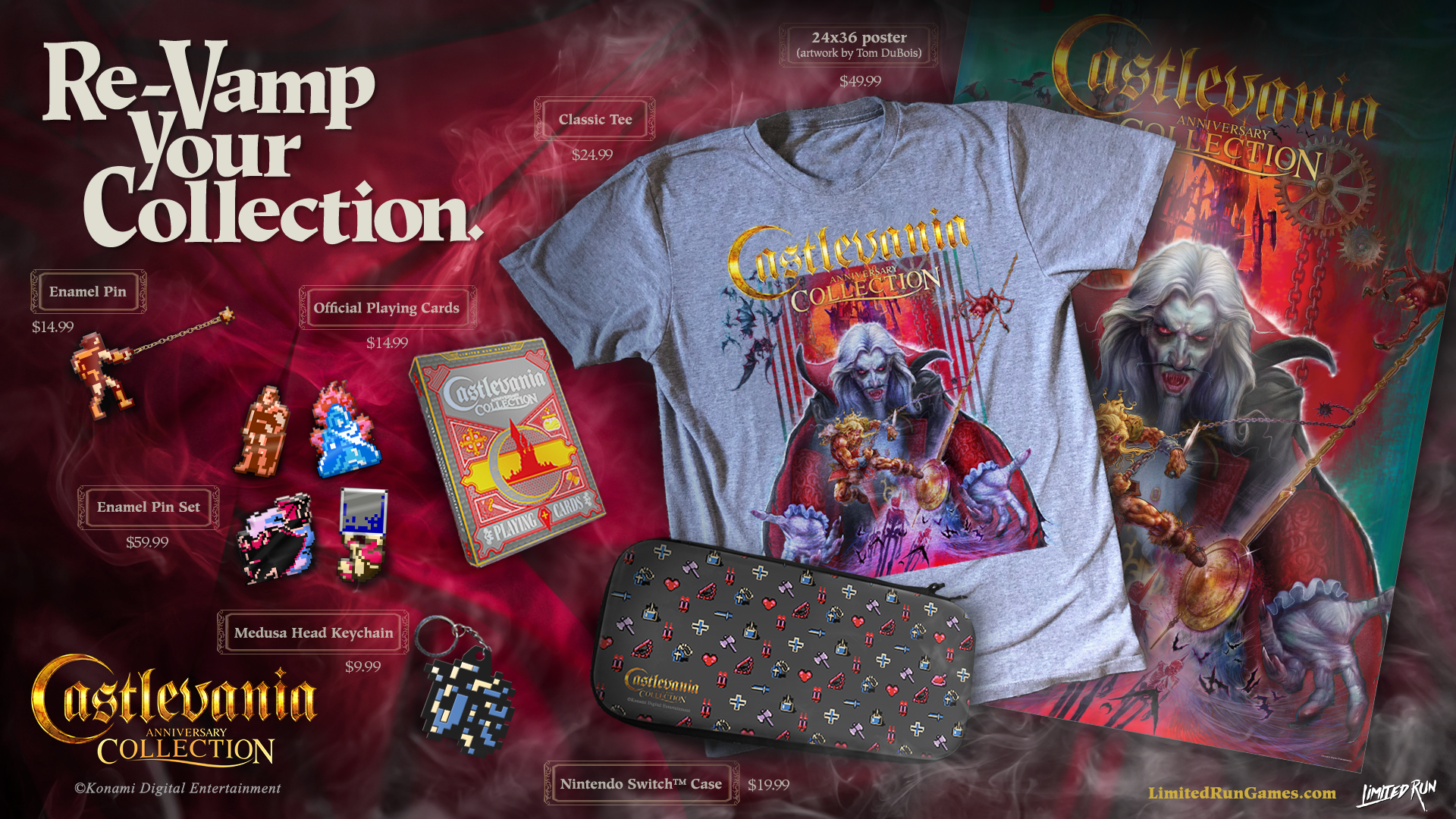 Released as part of the Konami 50th Anniversary celebration, relive these timeless classics that helped define the platformer genre.

From the Belmont clan to their extended bloodlines and allies, the Castlevania Anniversary Collection is the best first step for anyone to take into the world of Castlevania and the fight against Dracula!