Dracula is resurrected and the Belmont lineage arises once again to defeat humanity's ancient foe. 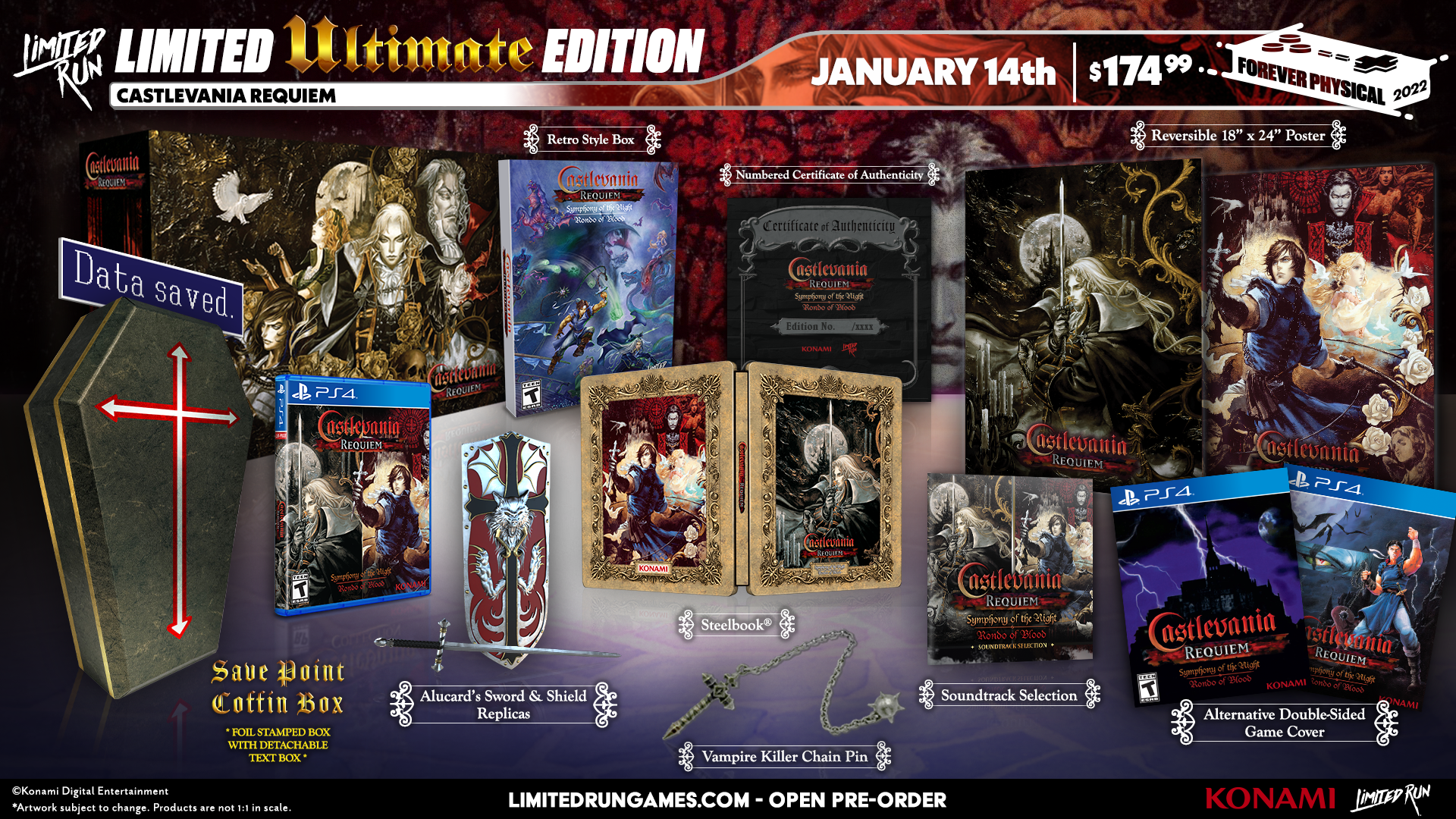 Dracula is resurrected and the Belmont lineage arises once again to defeat humanity's ancient foe.

In the days of old, the people thrived on peace and prosperity. Indeed, fears of unrest were not among their thoughts...But, ever-present, beneath the veneer of tranquility, evil lurks. Evil, which spurns prosperity and disdains peace.

Gather they did, those who wished to summon the powers of darkness and cleanse the decadence of the world. And, with smiling countenance, they anxiously awaited the coming of their era.

A hundred years had past, and he was resurrected. Able to become bat, wolf, or mist at will, he lived in the night. He drank the blood of young maidens and lived an eternal life. The lord of Castlevania, the god of evil, Count Dracula was reborn.

Castlevania Symphony of the Night

It was Richter Belmont, the legendary vampire hunter, who succeeded in finally ending the menace of Count Dracula, Lord of the Vampires who had been brought back from the grave by the dark priest Shaft in the Rondo of Blood. However, one night 4 years later, under the glare of a full moon, Richter mysteriously vanished.

With no idea where to begin her search, Maria Renard set out to look for him. It was then that fate intervened. Castlevania, the castle of Dracula, which is rumored to appear once every century, suddenly materialized from out of the mist as if to show her the way.

Meanwhile, powerful forces were struggling for the soul of a man named Alucard. The very same Alucard who had teamed up with Trevor Belmont to battle his immortal father, Count Vlad Tepes Dracula. Alucard, in order to purge the world of his own cursed blood line, had submerged his vampiric powers and entered into what was supposed to be an eternal slumber. But now, he is awake and aware of the evil once again at work in his homeland.

The time has once again come for the forces of Good and Evil to engage in their ancient battle. Dracula's castle beckons you...