THE KING OF FIGHTERS 95 Soundtrack (Vinyl/CD) THE KING OF FIGHTERS 95 Soundtrack (Vinyl/CD)

The THE KING OF FIGHTERS ‘95 soundtrack on a single colored record or on physical CD. 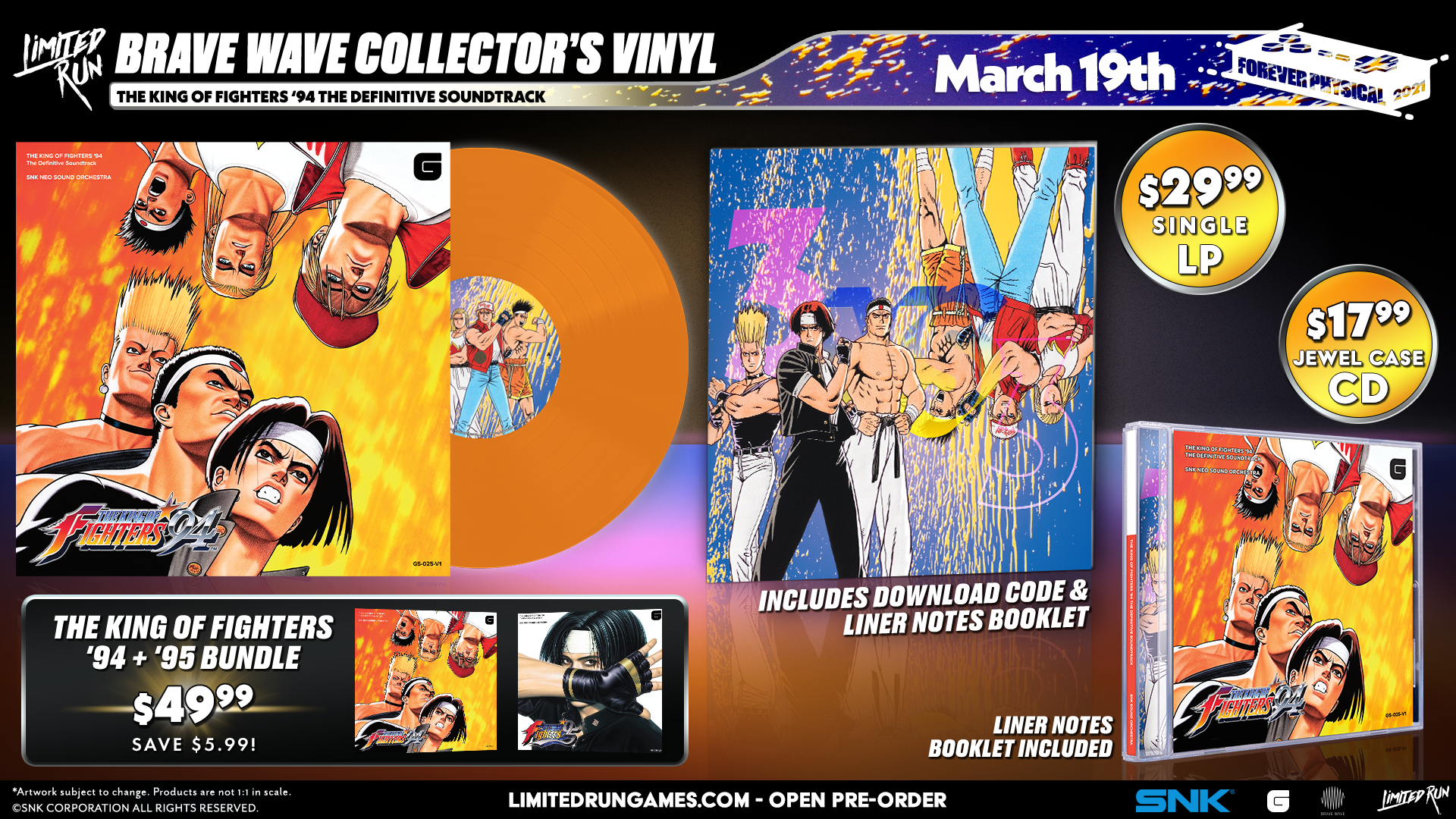 The King of Fighters 95' soundtrack on a colored vinyl

In addition to the character of popular work such as "FATAL FURY" and "ART OF FIGHTING" in the sequel title of the previous work "KOF '94", Yagamian will participate as the rival of the main character Kyo Kusanagi.

The soundtrack features newly remastered analog and digital tracks, as well as a booklet containing archival artwork and liner notes by former development team members, including level designer Toyohisa Tanabe. For KOF95, M.Hataya reprised his role while being joined by composers Akihiro Uchida and Pearl Sibakiti.