$34.99
This product is sold out!
This item has not gone on sale yet. It will be available on Tuesday, November 29th at 12PM Eastern Time.

In a future not too far away, one Artificial Intelligence has prevailed over all other AIs and their governments. Society has migrated to a permanently integrated reality connected to a single neural network that continuously optimizes people's experiences by processing personal data. VirtuaVerse is on a region-free physical cart for the Nintendo Switch. This is an open pre-order for a limited time. 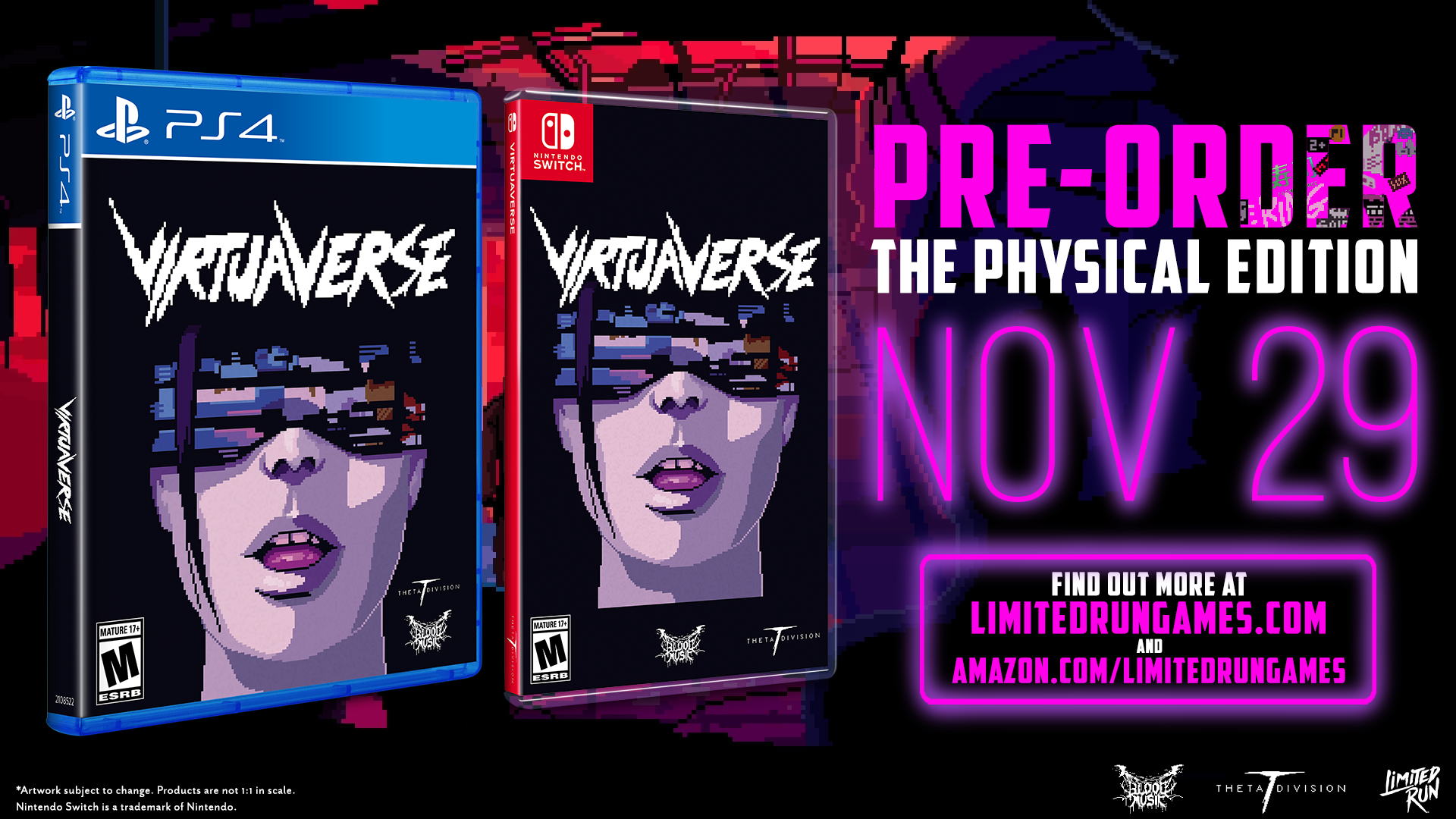 This is not a numbered release, and thus is not a part of the  Limited Run Games Collection. We are distributing this title on behalf of Blood Music. Missing out on this release will not compromise a complete Limited Run set. This item is also be available on our Amazon store.

In a future not too far away, one Artificial Intelligence has prevailed over all other AIs and their governments. Society has migrated to a permanently integrated reality connected to a single neural network that continuously optimizes people's experiences by processing personal data.

Nathan, an outsider still refusing to comply with the new system, makes a living off the grid as a smuggler of modded hardware and cracked software. Geared with his custom headset, he is among the few that can still switch AVR off and see reality for what truly is.

He shares an apartment in the city with his girlfriend Jay, a talented AVR graffiti writer whose drones have been bit-spraying techno-color all over the augmented space in the city.

Waking up one morning, Nathan discovers that Jay disappeared overnight, but not before leaving a cryptic message on their bathroom mirror. Having accidentally broken his custom headset, Nathan is now disconnected and determined to find out what happened to Jay, but he soon finds himself tangled up in an unexpected journey involving Jay's hacker group and a guild of AVR technomancers.

Travelling around the world, he'll have to deal with hardware graveyards, digital archeology, tribes of cryptoshamans, and virtual reality debauchery.