$23.99
This product is sold out!
This item has not gone on sale yet. It will be available on Friday, July 1st at 10AM Eastern Time.

Now you can take Glover with you on all your adventures! 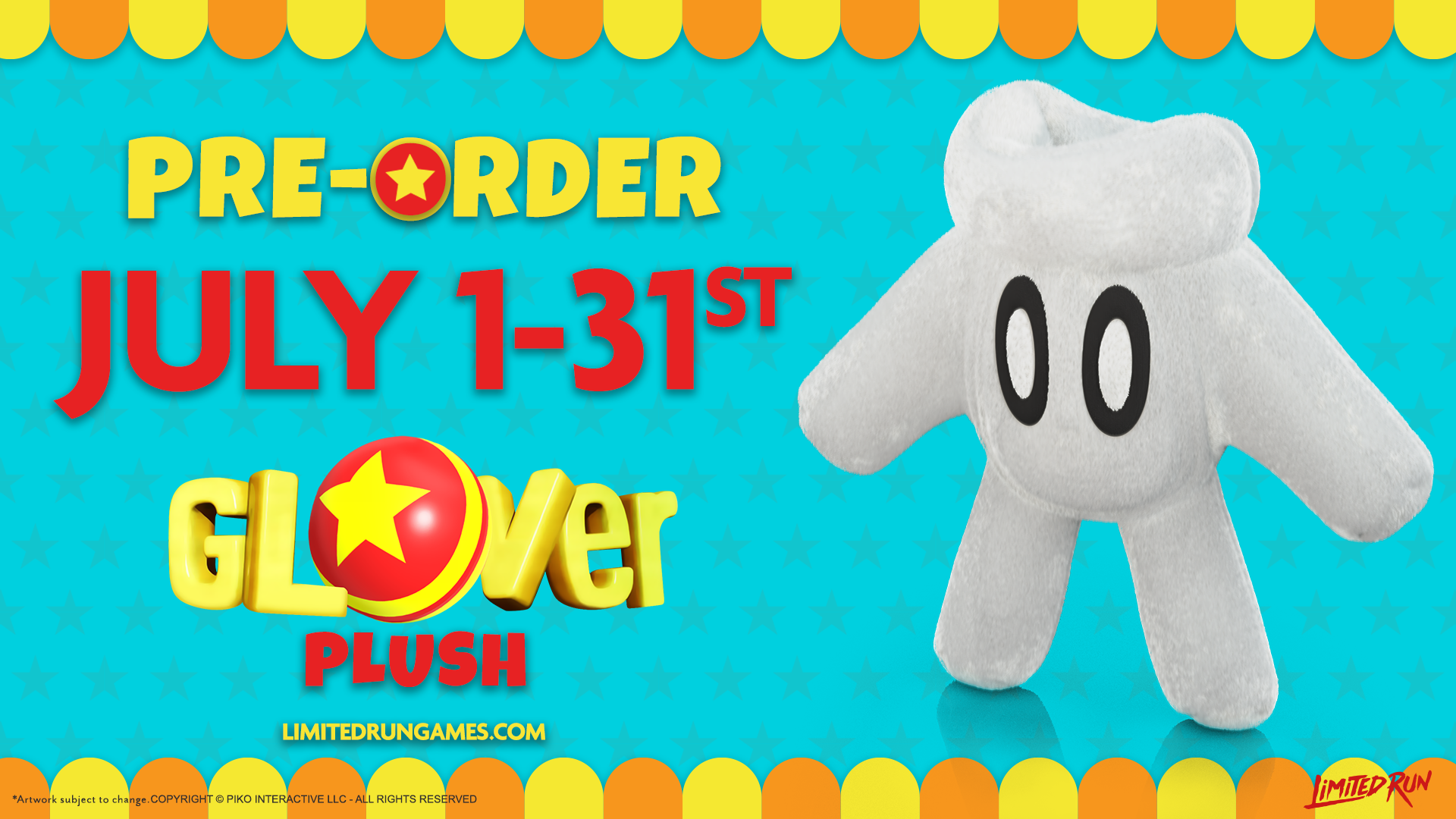 Now you can take Glover with you on all your adventures. This Glover plush is super soft, super squishy, and super cute!

The Kingdom's peaceful world has been shattered! The wizard, while mixing potions with his magical gloves has caused a huge explosion, turning him instantly to stone and dislodging the seven crystals that give the Kingdom its energy. Without the crystals, the castle and its world will fall apart and the wizard will be lost!

It's down to Glover, one of the magical gloves, to find the crystals, now disguised as rubber balls and return them safely to the castle. Guide Glover and the balls through seven magical worlds full of puzzles and hidden surprises. Watch out! The evil glove is lurking in the shadows, and he'll stop at nothing to foil Glover's attempts at restoring peace.