$9.99
This product is sold out!
This item has not gone on sale yet. It will be available on Friday, September 9th at 10AM Eastern Time.

Use the Dropdown to Select Your Platform! 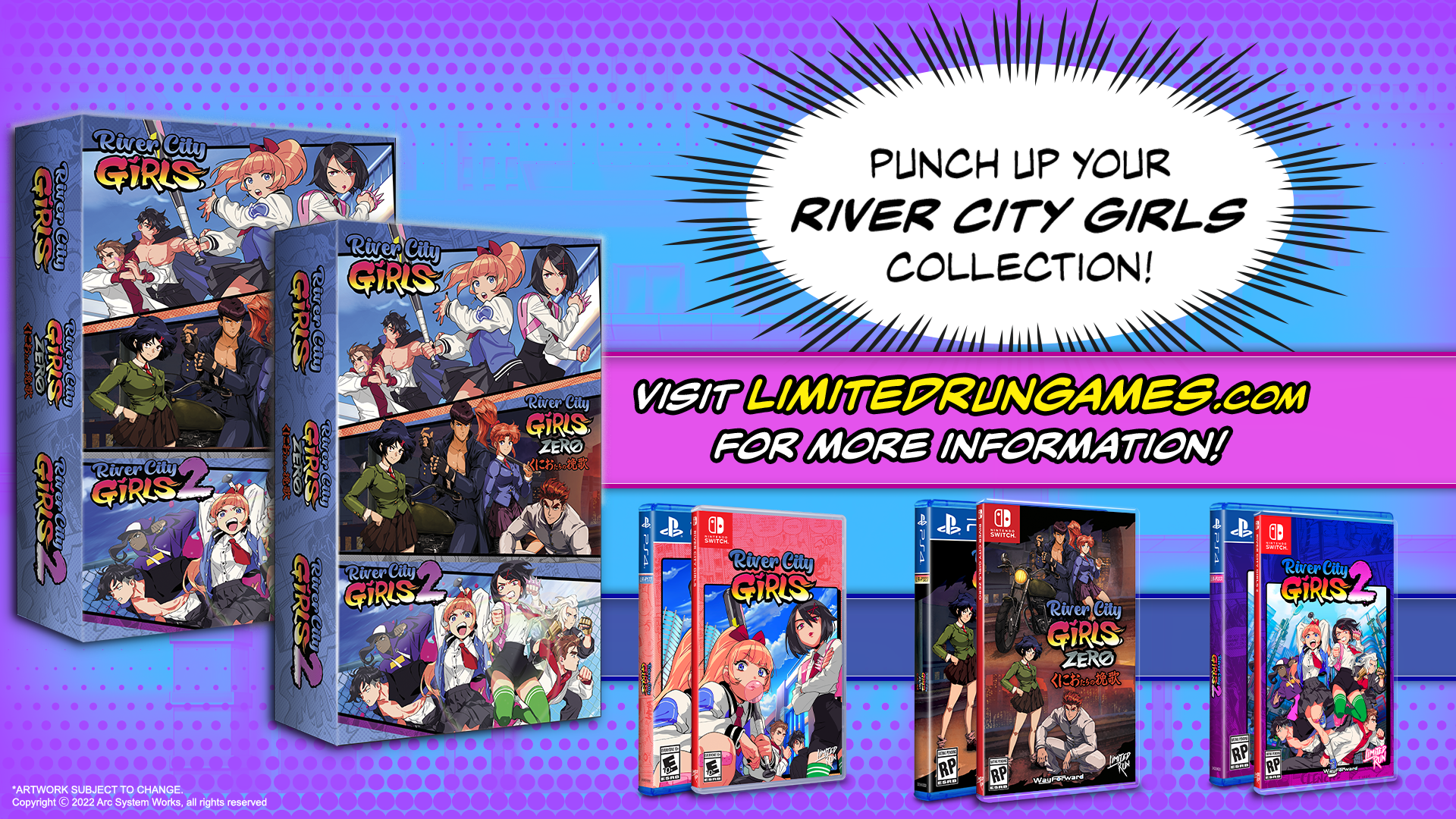 Use the Dropdown to Select Your Platform!

Join Kunio, Riki, Misako, and Kyoko for bone-crunching, 16-bit, co-op beat-'em-up action - translated and released outside of Japan for the very first time! Experience the origin of the River City Girls story as the hot-blooded heroes attempt to clear their names of a heinous crime by uppercutting, spin-kicking, stomping, and slamming every thug and two-bit criminal that gets in their way! Rock the jailhouse, clean up the carnival, and raise hell on the highway! The original 1994 graphics, soundtrack, and gameplay are augmented with new opening and closing motion-comic cutscenes, a new animated intro, and additional music by Megan McDuffee and DEMONDICE. Discover River City's past with this lost classic!

When an old foe returns for revenge, Misako, Kyoko, Kunio, and Riki - joined by newcomers Marian and Provie - hit the streets for an all-new beat-'em-up adventure packed with new abilities, enemies, allies, locations, and more! Team up for local or online co-op, then pound punks into the dirt with brand-new guard-crush attacks, lift-off combos, elemental status effects, and other knuckle-busting techniques!  Level-up to earn new moves, buy items and accessories in more than 40 shops, and recruit defeated foes and hired heavies to help you on your way! River City is bigger than ever, offering more areas to explore, more objects to destroy, and a day-night cycle! With nonlinear gameplay, character-specific VO, and another epic soundtrack by Megan McDuffee, River City Girls 2 will keep you brawling until all your enemies yell "BARF!"