$34.99
This item has not gone on sale yet. It will be available on Friday, November 25th at 10AM Eastern Time.

Atari Recharged Collection 1 is on a region-free physical disc for the PlayStation 5. This is an open pre-order for a limited time. 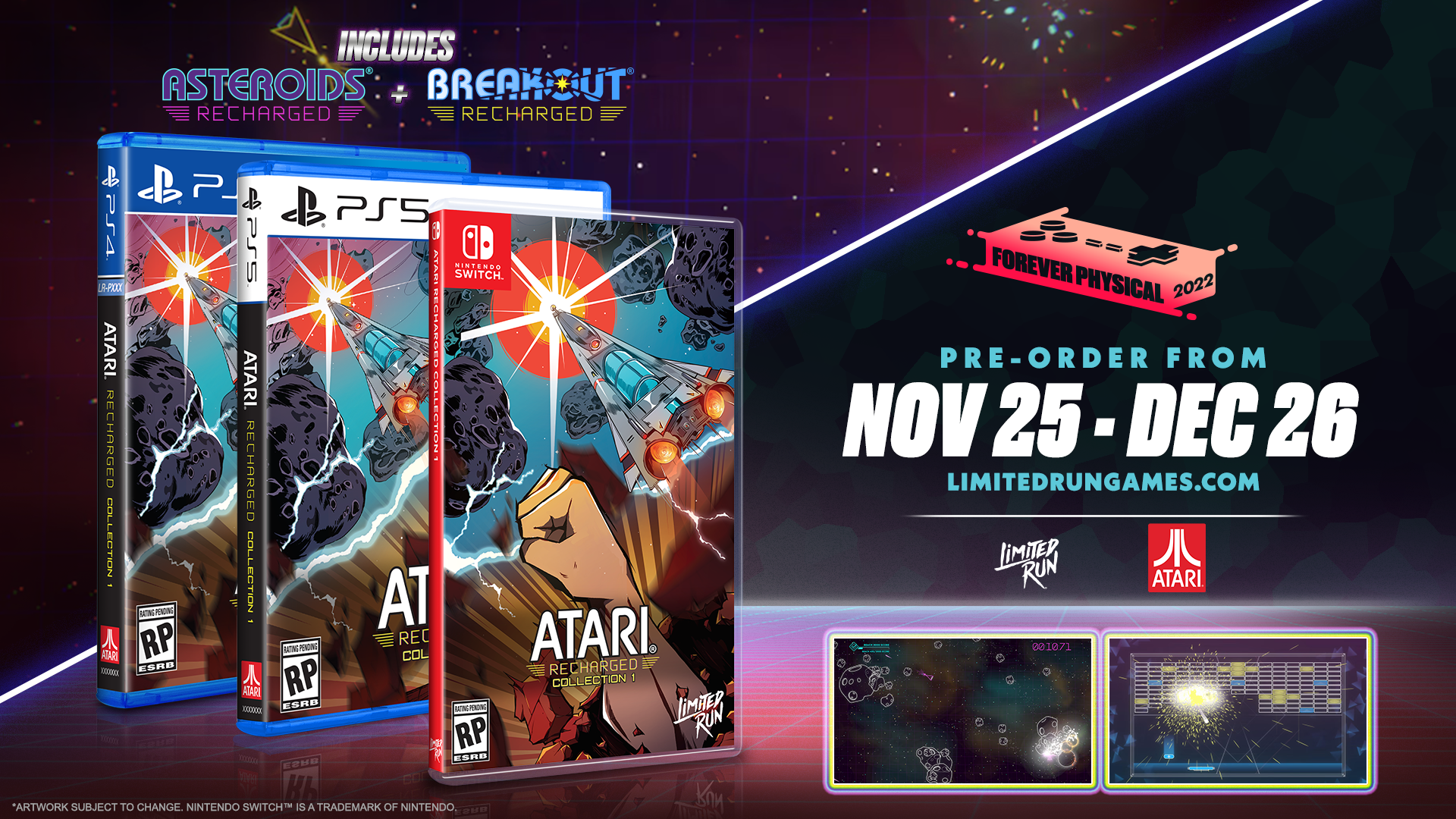 It is fitting that Asteroids is in the first wave of titles to be Recharged.  Asteroids is indisputably one of the most influential video games created during the formative years of the modern video game industry. It became the highest grossing arcade cabinet when it was released in 1980, and a year later quickly established itself as the top-selling space game and top-selling shooter on the Atari 2600. You will find it in the top ten on countless “best videogames” lists.

An entirely new collection of power-ups — including spread shots, rail guns, reflector shields, and more — help players stave off splintering asteroids and aggressive UFOs. Co-op play lets you play with a friend, and ramps up the intensity as players do their best to coordinate and survive.

Breakout: Recharged will forever change what you expect from a brick-breaking title. The endless arcade mode and 50 challenge levels will push you to the limit of your skills. Don’t fret, however, as this wouldn’t be a Recharged title without game-changing powerups. Expect the aid of rail guns, homing missiles, and explosives to join the traditional multi-ball. You’ll need every tool in the arsenal and razor-sharp reflexes to climb the global leaderboards.