Celebrate 30 years of funk! ToeJam and Earl take it to the tabletop in this brand-new Rogue like Party Board Game, where players can experience new and different levels every session! 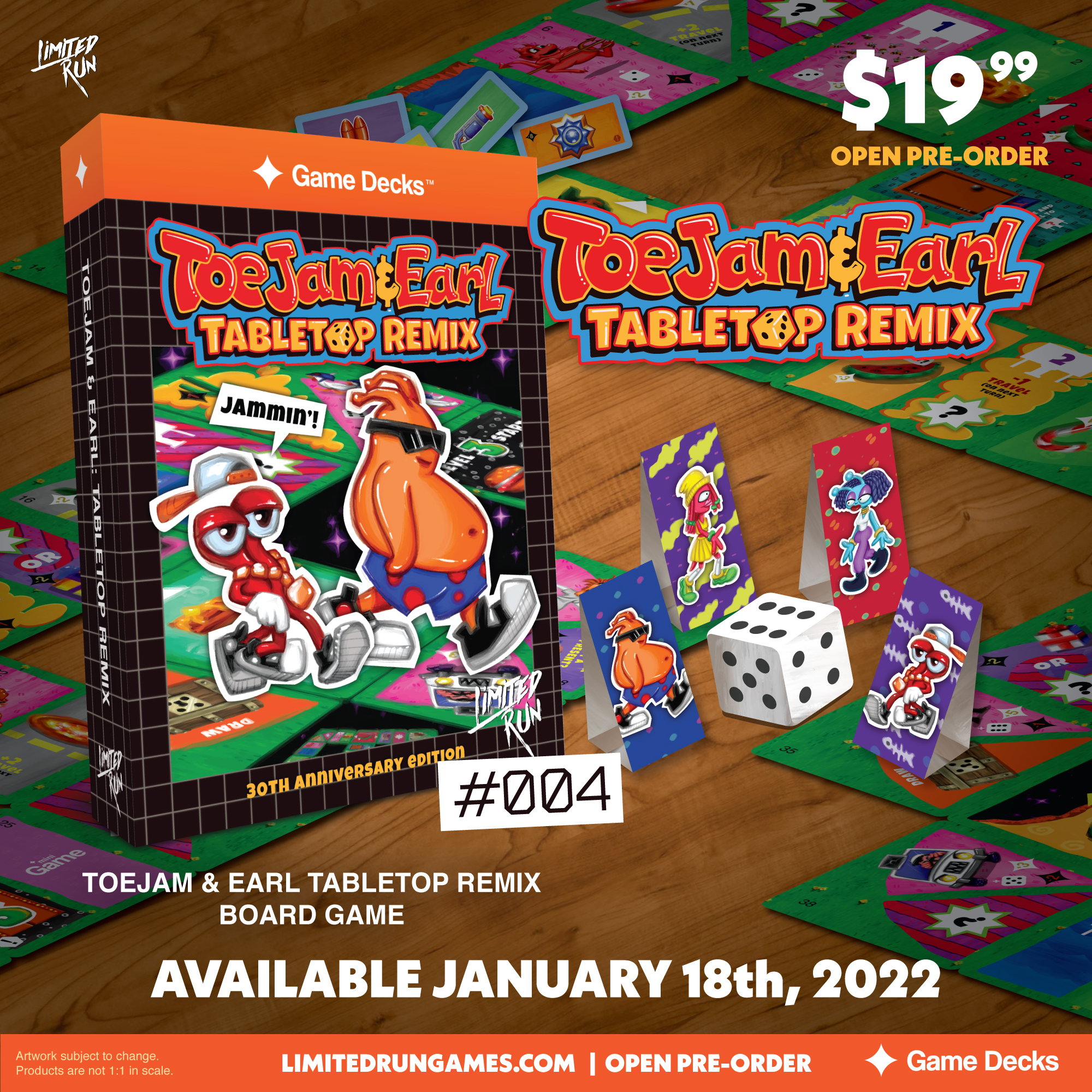 Celebrate 30 years of funk! ToeJam and Earl take it to the tabletop in this brand-new Rogue like Party Board Game, where players can experience new and different levels every session!

ToeJam & Earl first released in 1991 for the SEGA Mega Drive (Genesis) console. Developed by Greg Johnson and Mark Voorsanger, it features two alien rappers from the planet Funkotron who have crash-landed on earth.  As they attempt to escape the planet, players assume the role of either character and collect pieces of their wrecked spacecraft, the Rapmaster Rocket.

Two sequels followed ToeJam & Earl: ToeJam & Earl in Panic on Funkotron and ToeJam & Earl III: Mission to Earth, released for the SEGA Genesis and Xbox, respectively. Their popularity made them beloved SEGA mascots. A fourth title without SEGA's involvement, ToeJam & Earl: Back in the Groove, was released in March 2019.