$34.99
This item has not gone on sale yet. It will be available on Tuesday, January 24th at 12PM Eastern Time. Demon's Tilt is on a region-free physical cart for the Nintendo Switch. This is a limited pre-order. 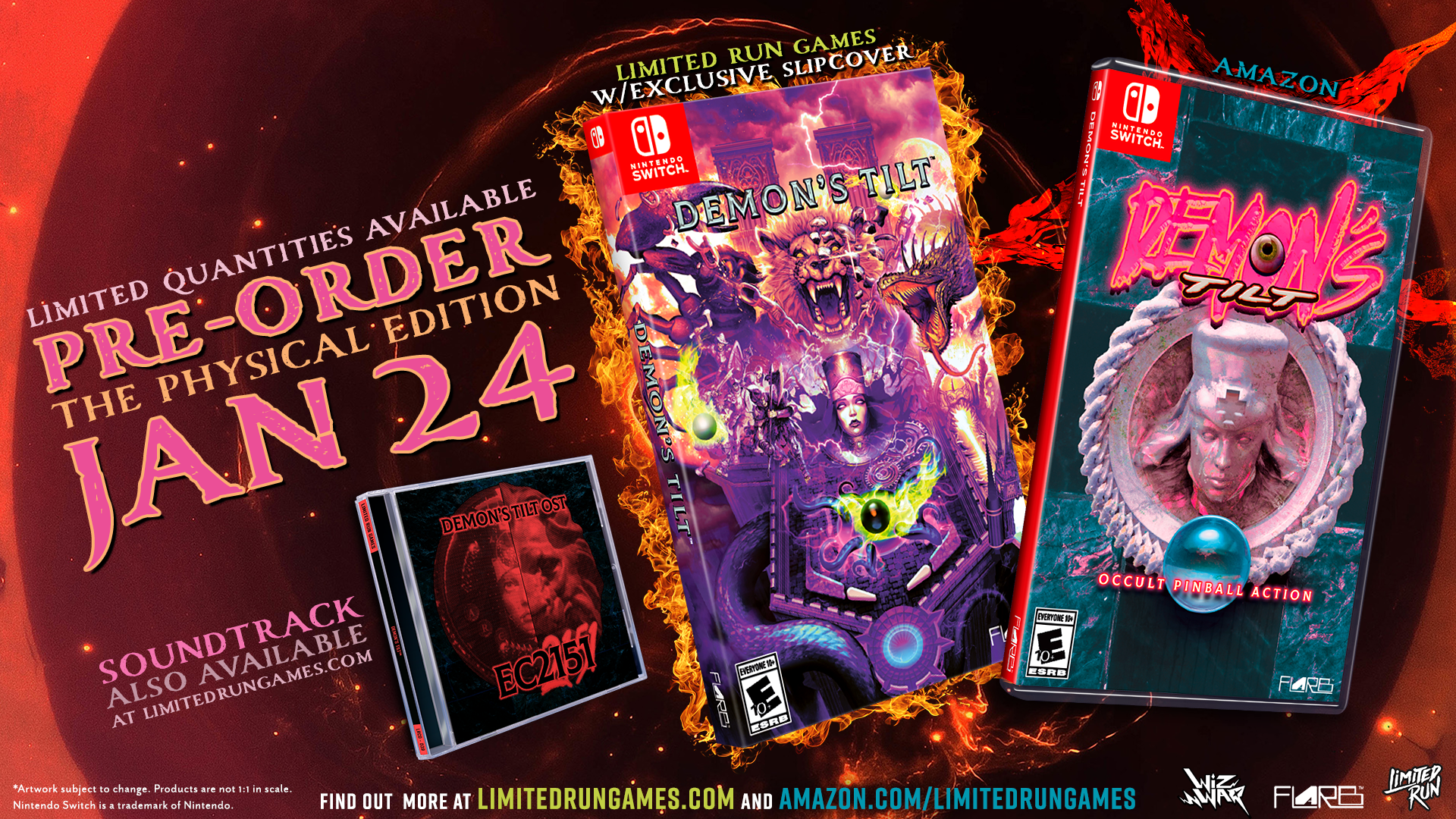 This is not a numbered release, and thus is not a part of the Limited Run Games Collection. We are distributing this title on behalf of FLARB. Missing out on this release will not compromise a complete Limited Run set. This item will also be available on our Amazon store.

Use the dropdown to select the Demon's Tilt and Soundtrack Bundle

Turbo-Charged Pinball is back!

A three-tiered cathedral to Explore: Unlock its gothic secrets and depth over time, Packed with mini-bosses, baddies, ramps and mechanical traps.

A Unique Magic System: Convert waves of enemy bullets into homing magic that fights for you, or transmute them into GOLD for a banked Ultra Jackpot!

Combos: Use your Chain Meter to combo hits and keep your scoring momentum up. Link ramps to extend the Chain Meter's life. Speed and aggressive play rewards!!

A Mega-Driven Soundtrack: An all-new OST true to the guttural sound of the chiptune age, composed by E.C.2151