Liege Dragon is on a region-free physical disc for the PlayStation 5. This is an open pre-order for a limited time. 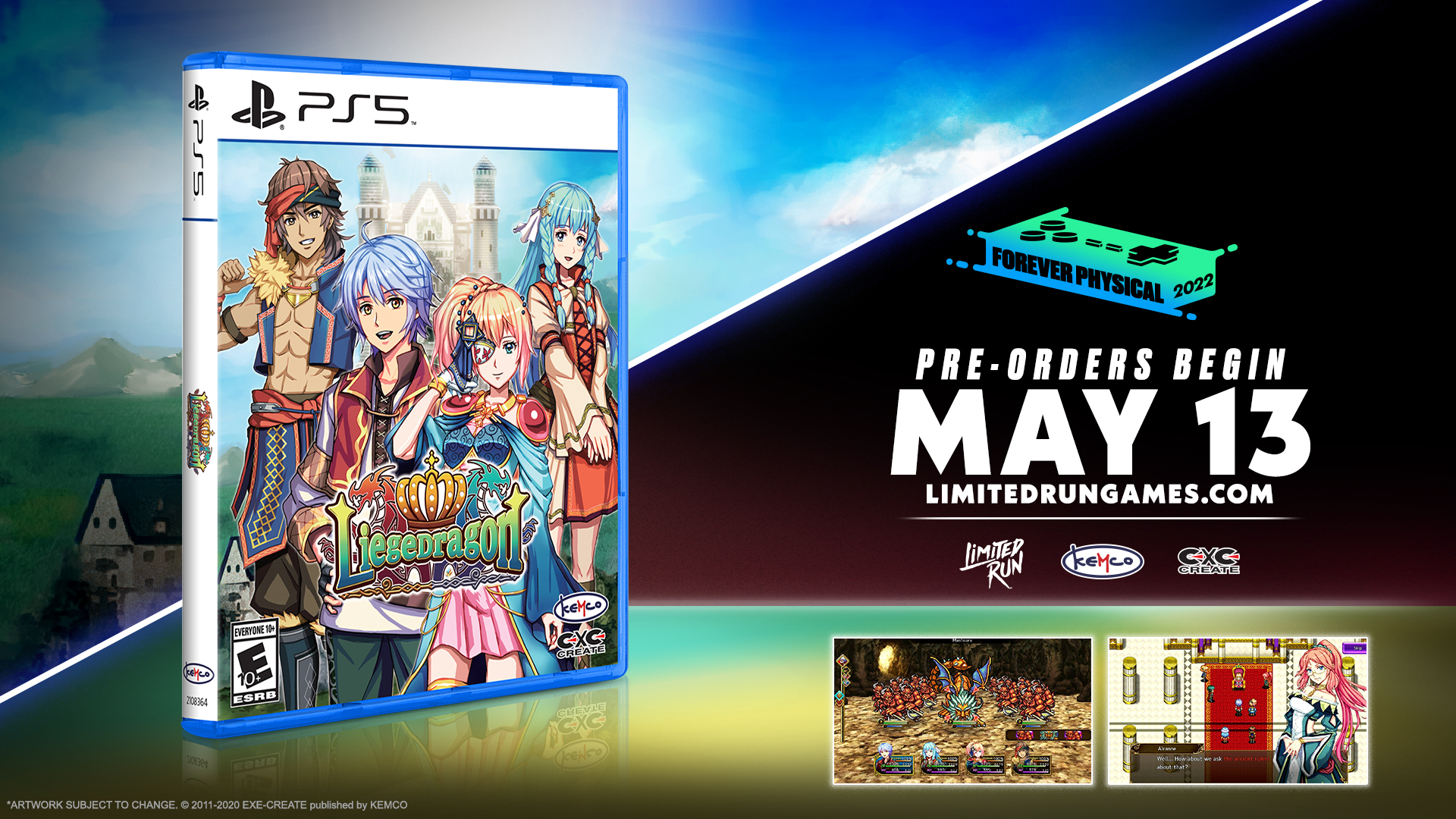 With Abigore, the Evil Dragon, coming back to life, the kingdom of Blaze was thrown into confusion. Yuran who has lost his memory witnesses a village being destroyed, and heads for the capital hoping to find something he could do in this time of destruction.

Here begins an adventure to find the Dragon Tools of the Three Heroes, to confront the revived dragon and bring peace to the world!

In the Lands of Bolgia, many small kingdoms waged never-ending battles.

The Battles continued for hundreds of years, and an Evil Dragon was born of the negative feelings, the sadness, ill-feeling and hatred, of the humans there...

The Evil Dragon was Abigore. With his kith and kin, Abigore used his negative power of despair to wrap the whole world in darkness. On the surface of the earth, where even the light of the sum never reached, battles broke out one after another, just for survival.

But in this world of chaos, one did not give up hope. The knight, known as people and rose up against the true enemy, the Evil Dragon.

The three defeated the kith and kin of the Evil Dragon one after the other, and came to be known as the Three Heroes. However, even they could not defeat Abigore.

But the three refused to give up. Their resolution to rescue the world was too strong to allow that. And from their blood, full of wisdom, courage and love, a Holy Dragon to drive away the darkness was born. With the strength of Oberon the Holy Dragon, the Three Heroes were finally able to seal Abigore the Evil Dragon away.