$99.99
This item has not gone on sale yet. It will be available on Friday, August 5th at 10AM Eastern Time.

The legendary Super Famicom cult classic is back. Released only in Japan nearly 20 years ago, Rendering Ranger: R2 arrives on the Super Nintendo at last! 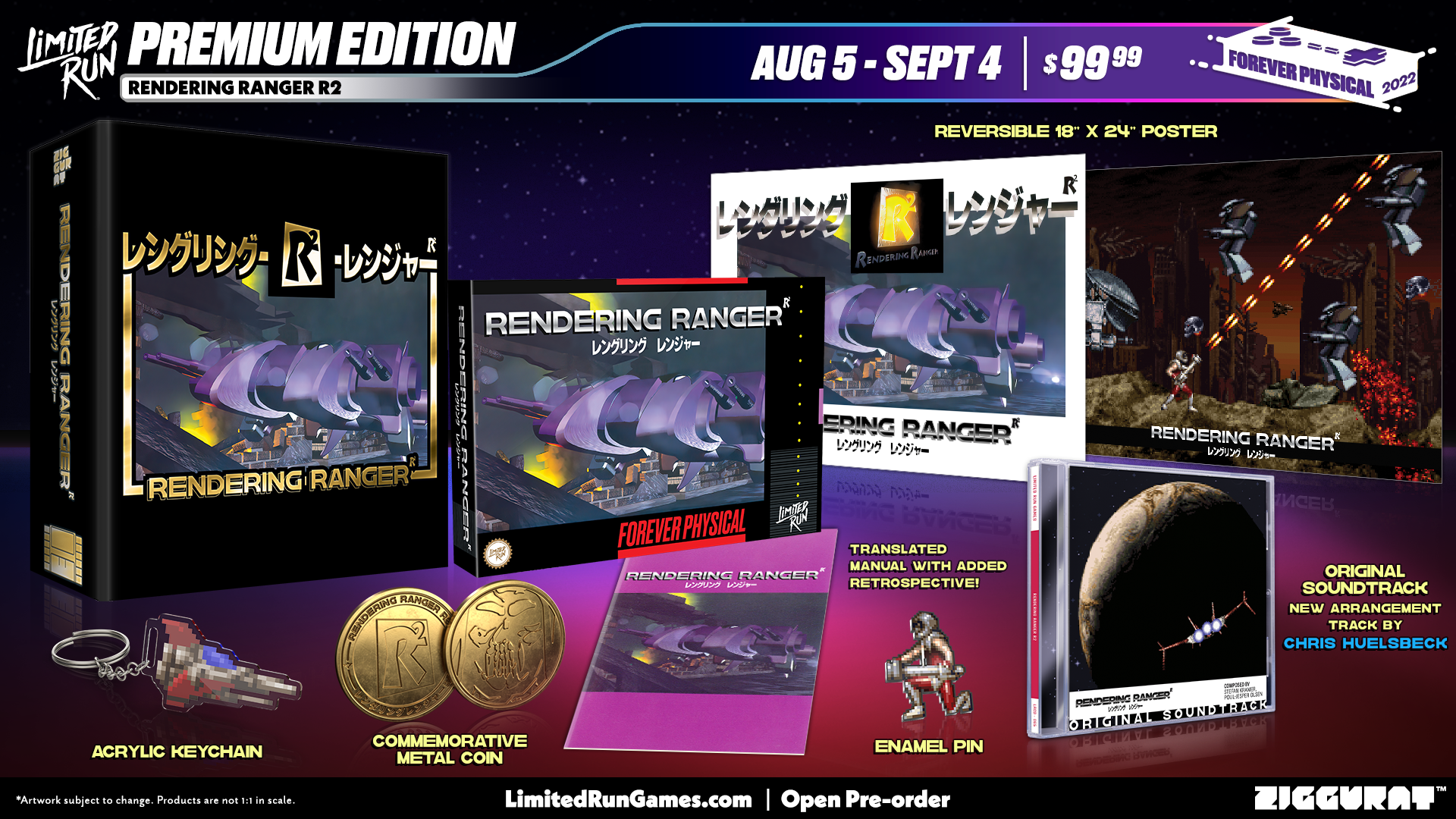 Released only in Japan nearly 20 years ago, Rendering Ranger: R2  arrives on the Super Nintendo at last!

The collector’s edition comes jam-packed with awesome extras exclusively made for this edition, all housed in Limited Run Games’ retro game collector box. The soundtrack CD not only includes the full original soundtrack from the game but an all-new exclusive bonus track by legendary game music composer Chris Huelsbeck, known for his works on Star Wars, Giana Sisters, and the Turrican series, bringing him back to Rainbow Arts after over 30 years, the very same place he started his career! This track can only be heard here on the CE of Rendering Ranger:R2.

Additionally, the original box art has been restored and made into a double-sided poster with the second side showcasing the in-game action in pixel-perfect fashion! The commemorative coin features the original logo and the evil Cube, while the pin and key chain feature Rendering Ranger and his ship prominently. This is no mere collector’s edition for just any game—this is a celebration of one of the 16-bit eras’ unsung heroes, finally available for all to discover and enjoy, designed by fans for fans of the genre.