$59.99
This product is sold out!
This item has not gone on sale yet. It will be available on Friday, March 25th at 10AM Eastern Time.

Amazon's Training Road is an updated and enhanced version of Amazon's Running Diet, an NES game developed by Ancient in 2017 and released free on the internet. This new version of the game has been lovingly localized as if it were 1989, complete with western-style package art from the immensely talented Ayano Koshiro and brand new spritework from designer Makoto Wada Amazon's Training Road on physical cartridge for the NES. This is an open pre-order for a limited time. 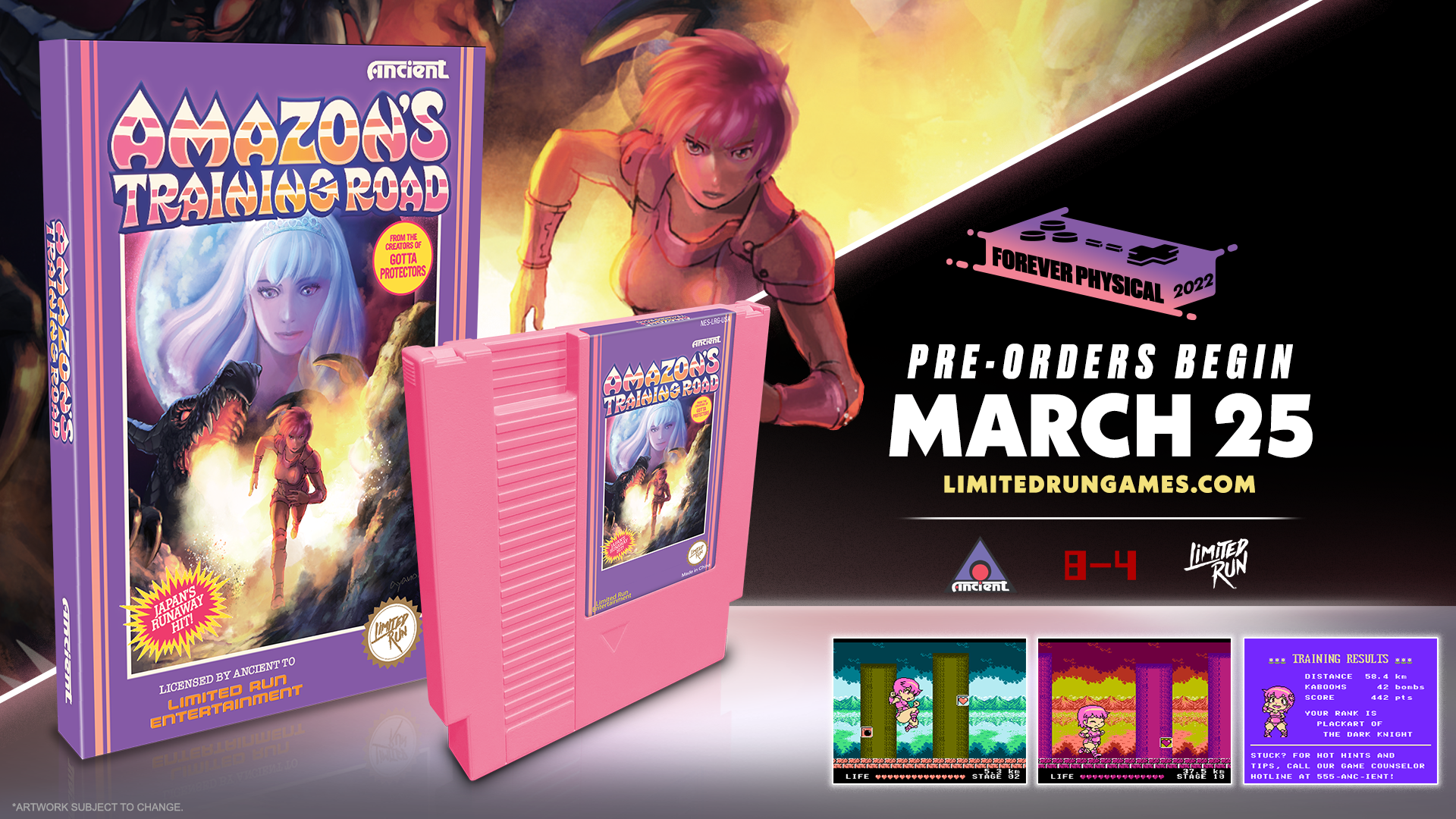 She’s armored to the teeth…and ready to stumble.

After the Gotta Protectors’ adventure to vanquish the Demon of Doom, Amazon was ready for some much-needed vacay. But Princess Lola doesn’t believe in giving her power posse any time off! To make Amazon even stronger, Lola has strapped her into the heaviest armor in the land and sent her off on a sweaty sprint through a forest full of traps.

Jump, kick, and slide your way through the danger, grabbing hearts and dodging bombs. But be careful: one false step in this pendulous plating, and the world may never be the same...

Amazon's Training Road is an updated and enhanced version of Amazon's Running Diet, an NES game developed by Ancient in 2017 and released free on the internet. This new version of the game has been lovingly localized as if it were 1989, complete with western-style package art from the immensely talented Ayano Koshiro and brand new spritework from designer Makoto Wada. It also includes a bonus sound player mode that features the entire blazing Yuzo Koshiro soundtrack of the brand-new Gotta Protectors: Cart of Darkness, playable right on your NES or NES-compatible system! Amazon's Training Road comes on a gorgeous pink cartridge and includes a full-color instruction booklet and Limited Run dust sleeve.