$34.99
This product is sold out!
This item has not gone on sale yet. It will be available on Tuesday, August 2nd at 12PM Eastern Time.

Join Renata as she adventures across a world of mystical ruins with the titular FROGUN! Frogun is an old-school platformer with the soul of the retro era, in which your frog-shaped grappling hook is a your best friend! Frogun is on a region-free physical cart for the Nintendo Switch. This is an open pre-order for a limited time. 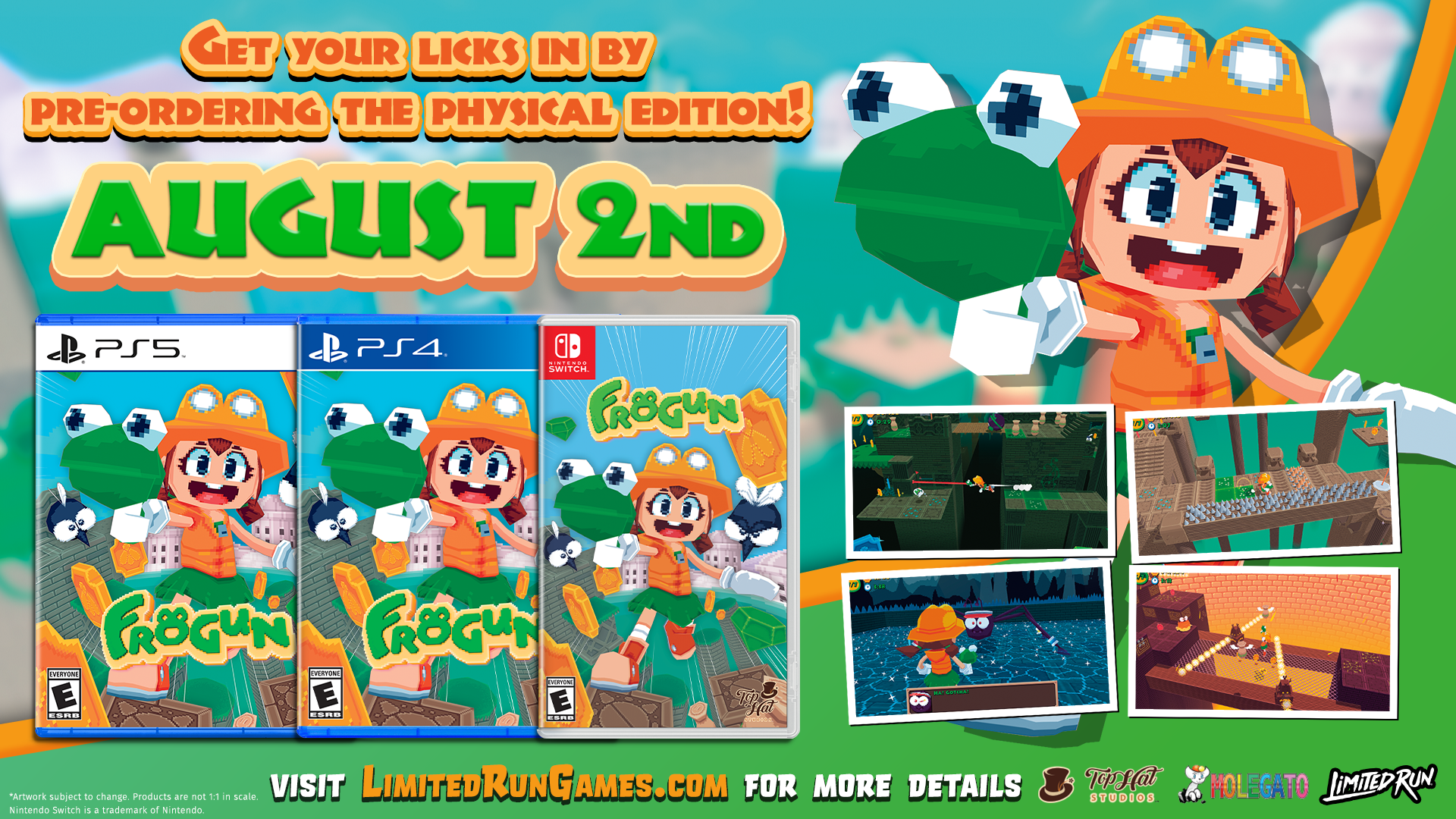 This release is not a part of the Limited Run Games Collection and is not a numbered release. We are distributing this title on behalf of Top Hat Studios. Missing out on this release will not compromise a complete Limited Run set. This item is available on our Amazon store.

Join Renata as she adventures across a world of mystical ruins with the titular FROGUN!

Frogun is an old-school platformer with the soul of the retro era, in which your frog-shaped grappling hook is a your best friend!

Renata's parents are world-renown explorers, archeologists and inventors that travel all over the world uncovering the secrets of the past, bringing her with them in their expeditions. However, in their latest adventure, they decide to leave her at the base camp - the Beelzebub ruins are said to be too dangerous!

For three whole days she waits, her pride hurt and bored out of her mind, until she realized: if they haven't returned yet, something must have happened to them! In a hurry she grabs her parents' last invention, the Frogun, and heads to the ruins to rescue them, and prove that she's as capable as them!