$4.99
This product is sold out!
This item has not gone on sale yet. It will be available on Friday, May 6th at 10AM Eastern Time. 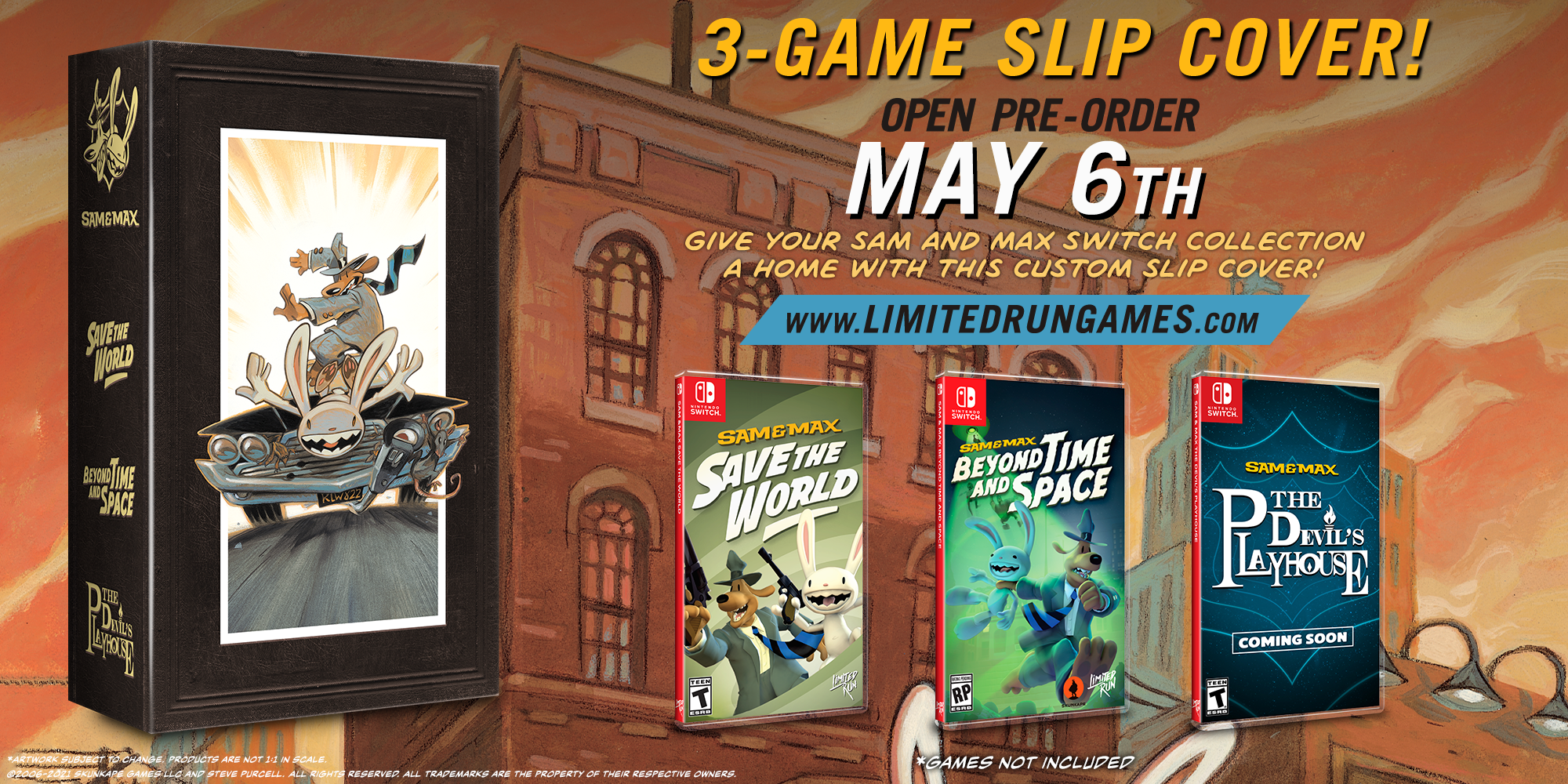 PLEASE NOTE: There is no purchase limit on this item. This item is currently in manufacturing and artwork is subject to change. The product will not ship until 4-5 months after the preorder window closes. Future production updates will be visible on the product page and your account page. All orders are considered final and can not be canceled.

Sam & Max Save the World

Together, they’re the Freelance Police. And they’re about to save the world.

In 2006, the comic book crime-fighting duo Sam & Max starred in the first full-fledged episodic game from Telltale, the studio that went on to make The Walking Dead and Batman: The Enemy Within.

Now everyone’s favorite dog and rabbity-thing are back in Sam & Max Save the World Remastered, a new version of their first season of episodic games that has been lovingly updated by a small group of the original developers with the blessing of Sam & Max creator Steve Purcell.

Sam & Max: Beyond Time and Space

Sam & Max: Beyond Time and Space is a remastered version of Telltale’s second season of episodic Sam & Max games, lovingly updated by a small team of the original developers. Sam is a six-foot canine detective with a nose for justice. Max is a hyperkinetic rabbity-thing with a taste for mayhem. Together, they’re the Freelance Police—an irreverent comedy duo whose esoteric crime-fighting style has been entertaining comic book and video game fans for more than thirty years.