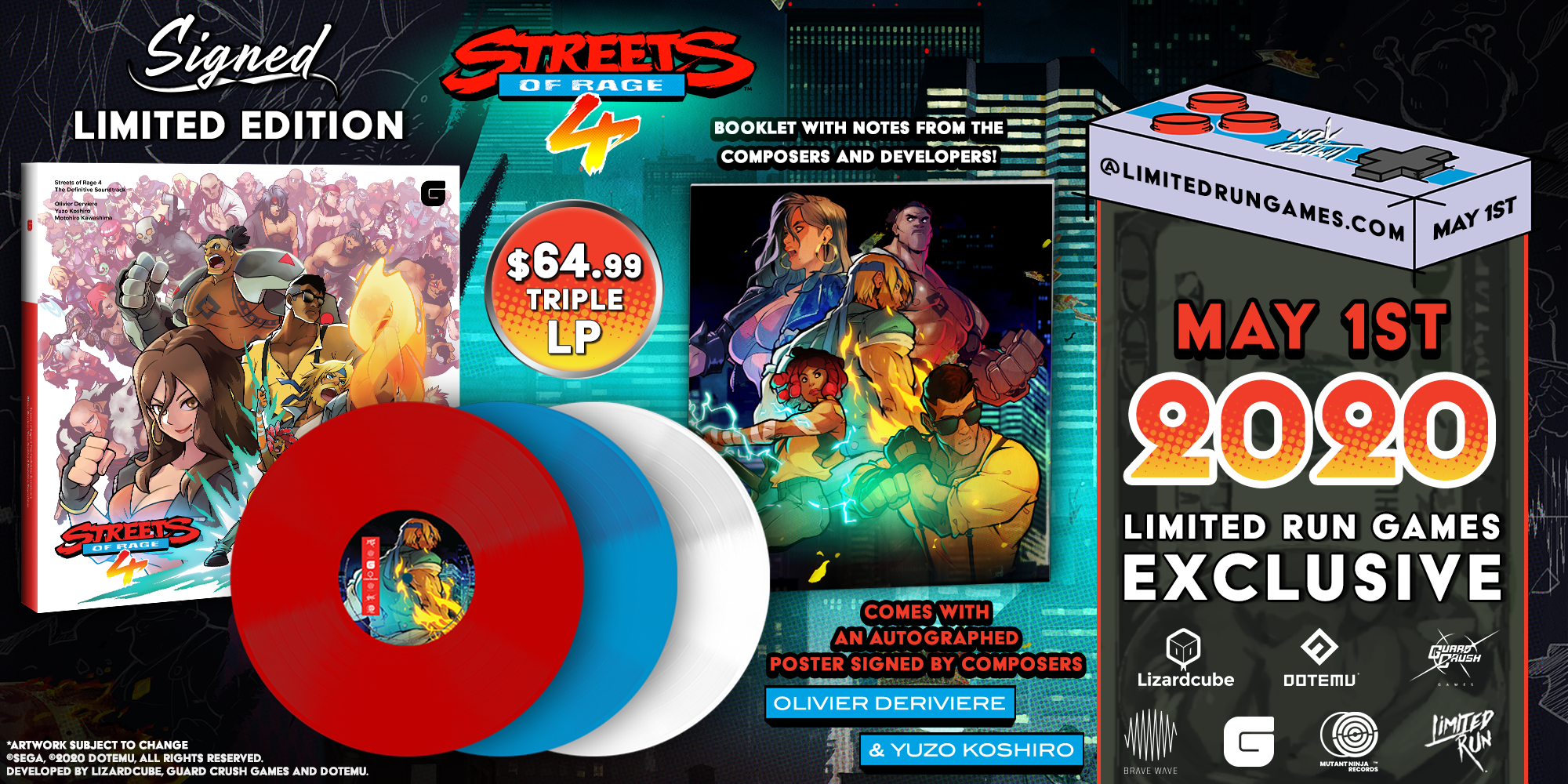 Exclusive to the vinyl is a cover co-illustrated by Hitoshi Ariga and Ayano Koshiro, who worked on the past Streets of Rage titles alongside their brother, legendary composer Yuzo Koshiro.

The vinyl comes with a booklet containing liner notes from every composer, including Olivier Deriviere, Yuzo Koshiro and Motohiro Kawashima, as well as both Hitoshi Ariga and Ayano Koshiro, and members of the development team.