Double Dragon Neon is on a region-free physical cart for the Nintendo Switch. 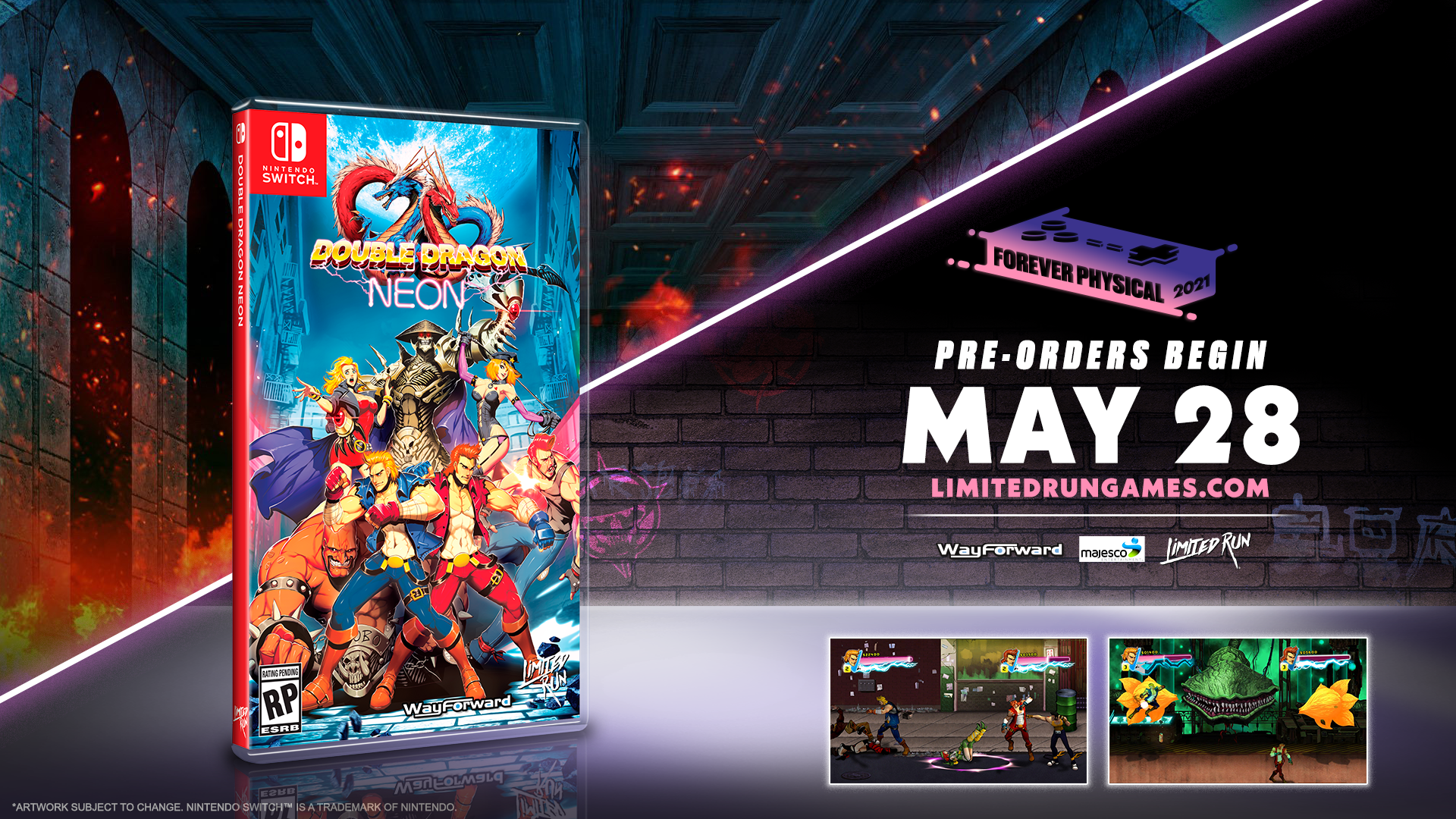 The classic beat'em up feel with new powers, and new attacks!

Fight your way through a variety of levels including dangerous city streets, twisted science labs, an evil stronghold, outer space, and more! String together attacks using the mixtape system for brutal combos to keep your foes down and out. Use a variety of weapons including bats, knives, whips, and more to incapacitate unsuspecting enemies.

Jam out to the radical original soundtrack by award-winning composer and sound designer John Kaufman. Team up with a buddy in local co-op for the most brodacious high fives!