Get Axiom Verge 1 and 2 in this double pack! Axiom Verge 1 & 2 on a region-free physical cartridge for Nintendo Switch. Both games are included physically on a single cartridge. This is an open pre-order for a limited time 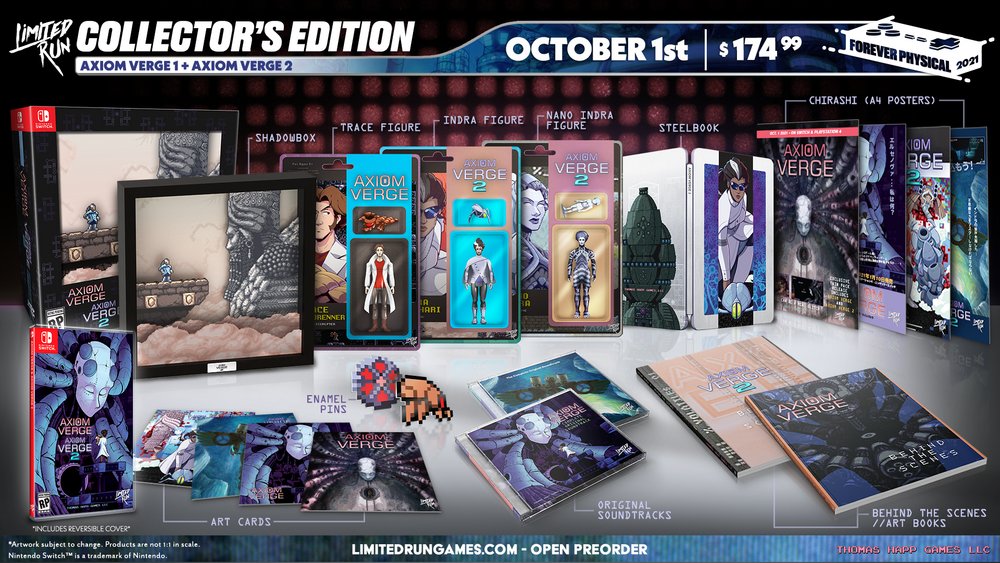 The Axiom Verge 1 + 2 Double Pack Collector's Edition will include: