ART OF FIGHTING 3: THE PATH OF THE WARRIOR - 2LP Vinyl Soundtrack (Signed Edition) ART OF FIGHTING 3: THE PATH OF THE WARRIOR - 2LP Vinyl Soundtrack (Signed Edition)

The ART OF FIGHTING 3: THE PATH OF THE WARRIOR The Definitive Soundtrack on 150g 2-LP vinyl remastered at the best possible quality. 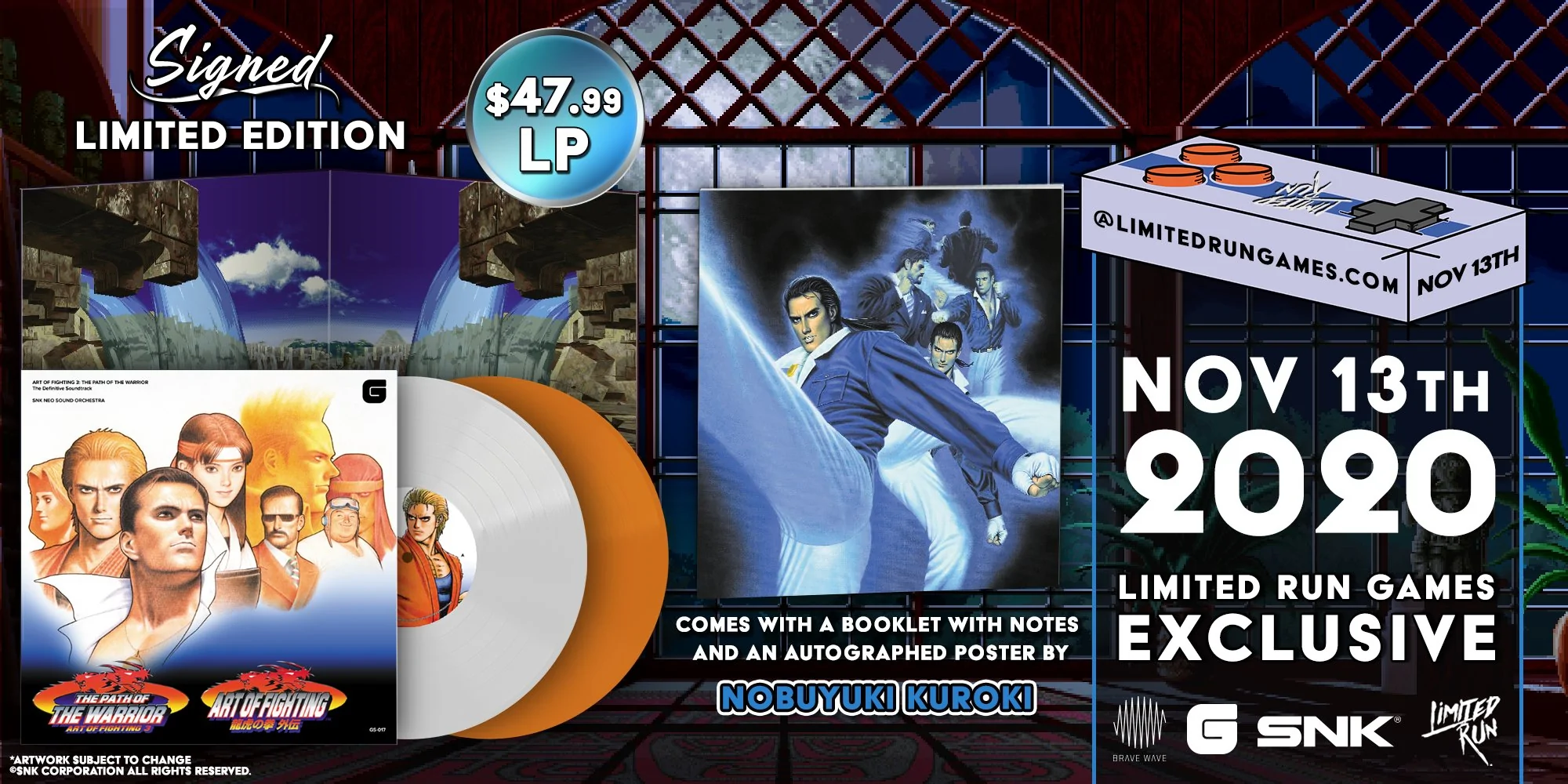 The ART OF FIGHTING 3: THE PATH OF THE WARRIOR The Definitive Soundtrack on 150g 2-LP vinyl remastered at the best possible quality.

PLEASE NOTE: There is no purchase limit on this item. This item is currently In-hand. Shipping updates will be sent to you via email and visible on your account page. All orders are considered final and can not be canceled

SNK, Brave Wave Productions and Limited Run Games are bringing the soundtrack of the latest entry in the ART OF FIGHTING series to viny! Released by SNK for the NEOGEO in 1996, ART OF FIGHTING 3: THE PATH OF THE WARRIOR pioneered the fighting genre with its then-groundbreaking motion captured animations and catchy music composed by the SNK SOUND TEAM.

The 17th entry in the acclaimed Generation Series of soundtracks by Brave Wave, ART OF FIGHTING 3: THE PATH OF THE WARRIOR The Definitive Soundtrack will feature all 25 tracks from the game on both CD or 150g 2-LP vinyl remastered at the best possible quality, a full-color booklet with archival artwork and liner notes by Nobuyuki Kuroki, pixel artist for the game. The vinyl edition comes with a special digital download code. In addition, there will be a special edition of the vinyl including a poster signed by Kuroki, which will be available in limited quantities.