$39.99
This product is sold out!
This item has not gone on sale yet. It will be available on Tuesday, November 8th at 12PM Eastern Time.

Clea Complete Collection is on a region-free physical cart for the Nintendo Switch. This is an open pre-order for a limited time. 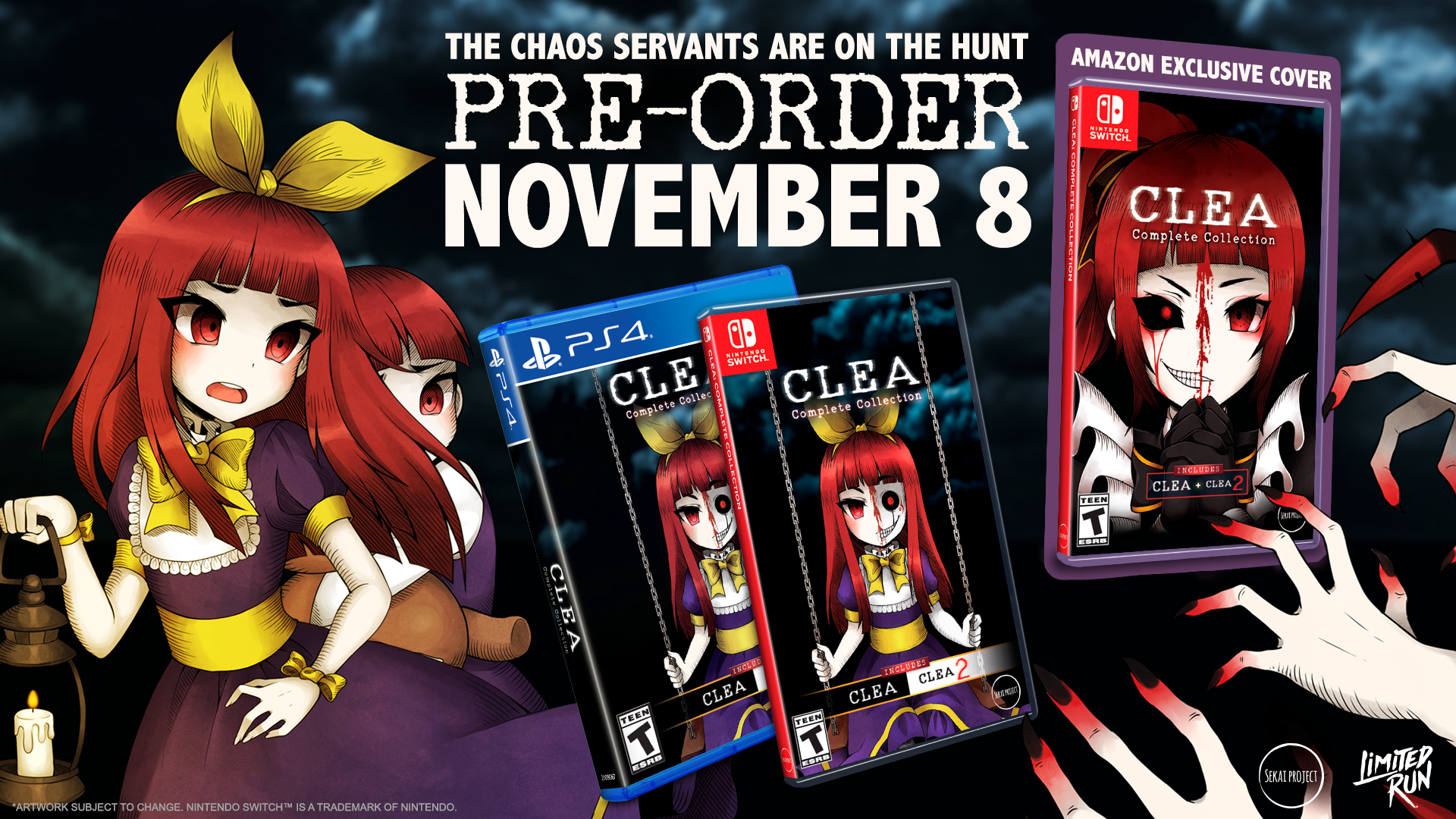 This is not a numbered release, and thus is not a part of the  Limited Run Games Collection. We are distributing this title on behalf of Sekai Games. Missing out on this release will not compromise a complete Limited Run set.This item will also be avalible on our Amazon Store with an exclusive cover

Mum and Dad have been experimenting on Chaos Servants, but now, the monsters have been let loose. Clea, with her brother in tow, must escape from the Whitlock Mansion.

Watch your back, Clea. Those closest to you may be the real terror.

Skill-focused horror: Clea is primarily a test of skills. Enemies roam the halls dynamically in real-time, reacting to the players' every noise. Clea is a challenging title, rewarding those who have mastered its mechanics.

Escape the Whitlock Mansion: The Whitlock family has trapped Clea inside the mansion. Hunt down key items and solve the puzzles designed to lock you from the outside world.

No jump scares: No prescripted scares, promise. Your skills and actions will determine Clea's fate.

Four years have passed since the Whitlock Mansion tragedy. Florine, a former maid, is determined to resurrect the person who means everything to her. To succeed, she must travel past the third dimension and into the realms beyond. Otherworldly horrors lie in wait, but Florine is determined to soldier on.

This, after all, is her final chance at redemption.

Skill-focused horror: Clea 2 is primarily a test of skills. Enemies roam the halls dynamically in real-time, reacting to the players' every noise. Clea is a challenging title, rewarding those who have mastered its mechanics.

No jump scares: Clea 1 was a jump scare free experience, and the tradition continues here in this sequel.

Replayability: Unlockable costumes/galleries/difficulty modes, multiple endings and even an arcade feature. Plenty of reasons for Florine to revisit her journey.

Fully voiced: Every cutscene is fully voiced. Please enjoy the cast’s performance as we sink deeper into Clea’s lore than ever before.