Get COGEN: Sword of Rewind & Gunvolt Chronicles: Luminous Avenger iX 2 in this Double Pack for Switch COGEN: Sword of Rewind & Gunvolt Chronicles: Luminous Avenger iX 2 Double Pack is on a region-free physical disc for the Playstation 4. Also works on the Playstation 5. This is an open pre-order for a limited time. 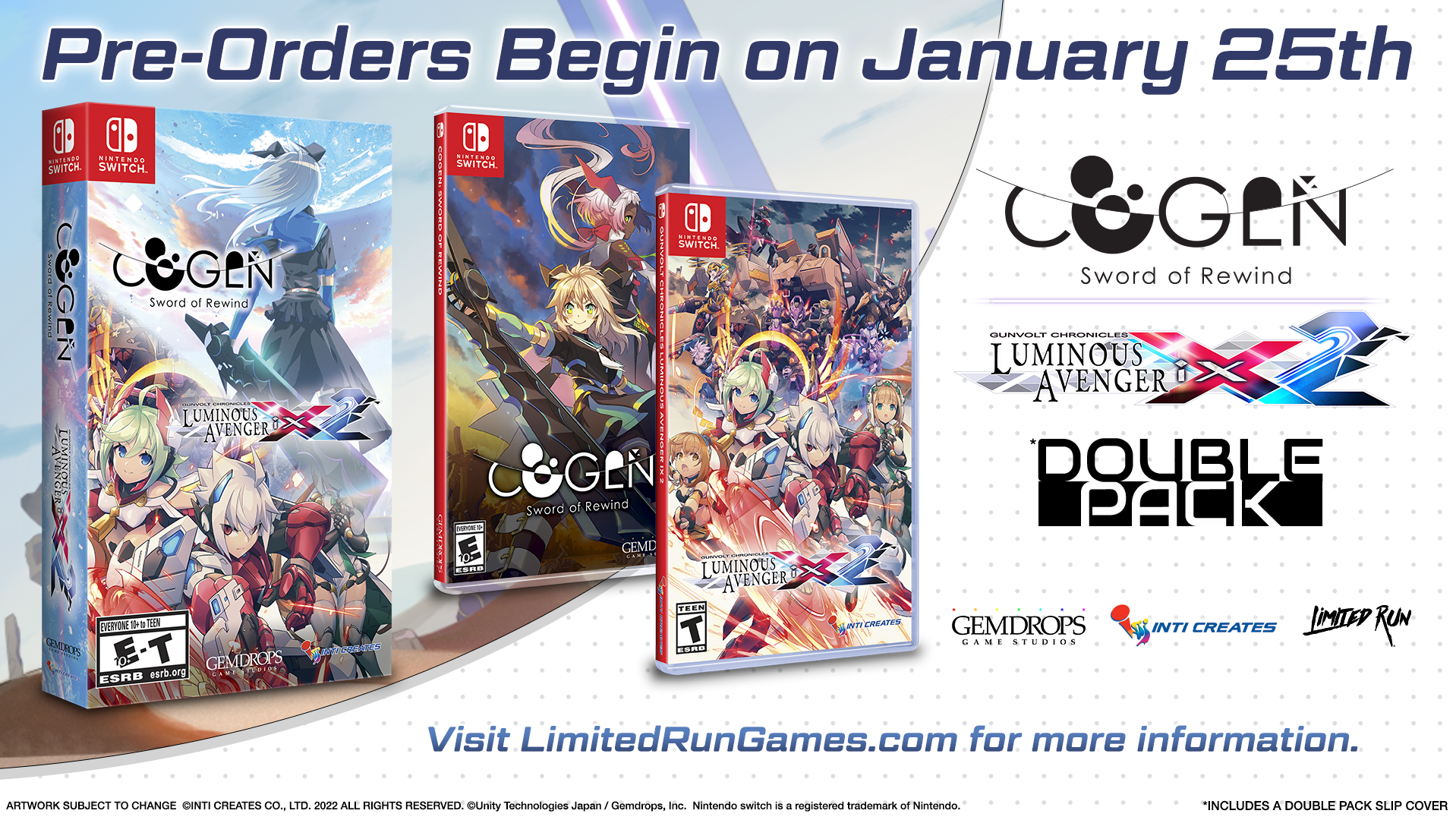 This is not a numbered release, and thus is not a part of the Limited Run Games Collection. We are distributing this title on behalf of Gemdrops and Inti Creates. Missing out on this release will not compromise a complete Limited Run set.

Awakening to find herself sprawled on a floor of hard steel, the first thing that greets Kohaku's eyes is a strange talking sword named ExeBreaker. Unsure of where she is or what's going on, she agrees to this sardonic sword's proposal to join forces, and together they journey deep into the heart of a transformed Cogen City—once Kohaku's home, now a collapsing ruin. Both mystery and mayhem await her, but with the power of ExeBreaker's Ouroboros System on her side, nothing will stop her from discovering the truth of what happened to her beloved home.

Any hit you take is a death sentence in this side-scrolling 2D action game. But fear not! You may lack the HP to weather a beating, but you've got the Ouroboros System on your side. This futuristic technology kicks in the instant death embraces you and allows you to rewind up to 3 seconds of time. Slip up and wish you could take it back? Want to play around and experiment? Easy, just rewind the clock! Hone your skills through trial and error, and triumph over diabolical traps and legions of fearsome foes!

Copen immediately began work on repairing and studying the device. While Copen was deep in the midst of his work, a wormhole suddenly appeared before him and drew him in.