$49.99
This product is sold out!
This item has not gone on sale yet. It will be available on Tuesday, April 12th at 12PM Eastern Time.

Relive some of the most tense and emotional moments from Detroit: Become Human with this selection of themes from the game’s score. This Item is limited to 400 copies 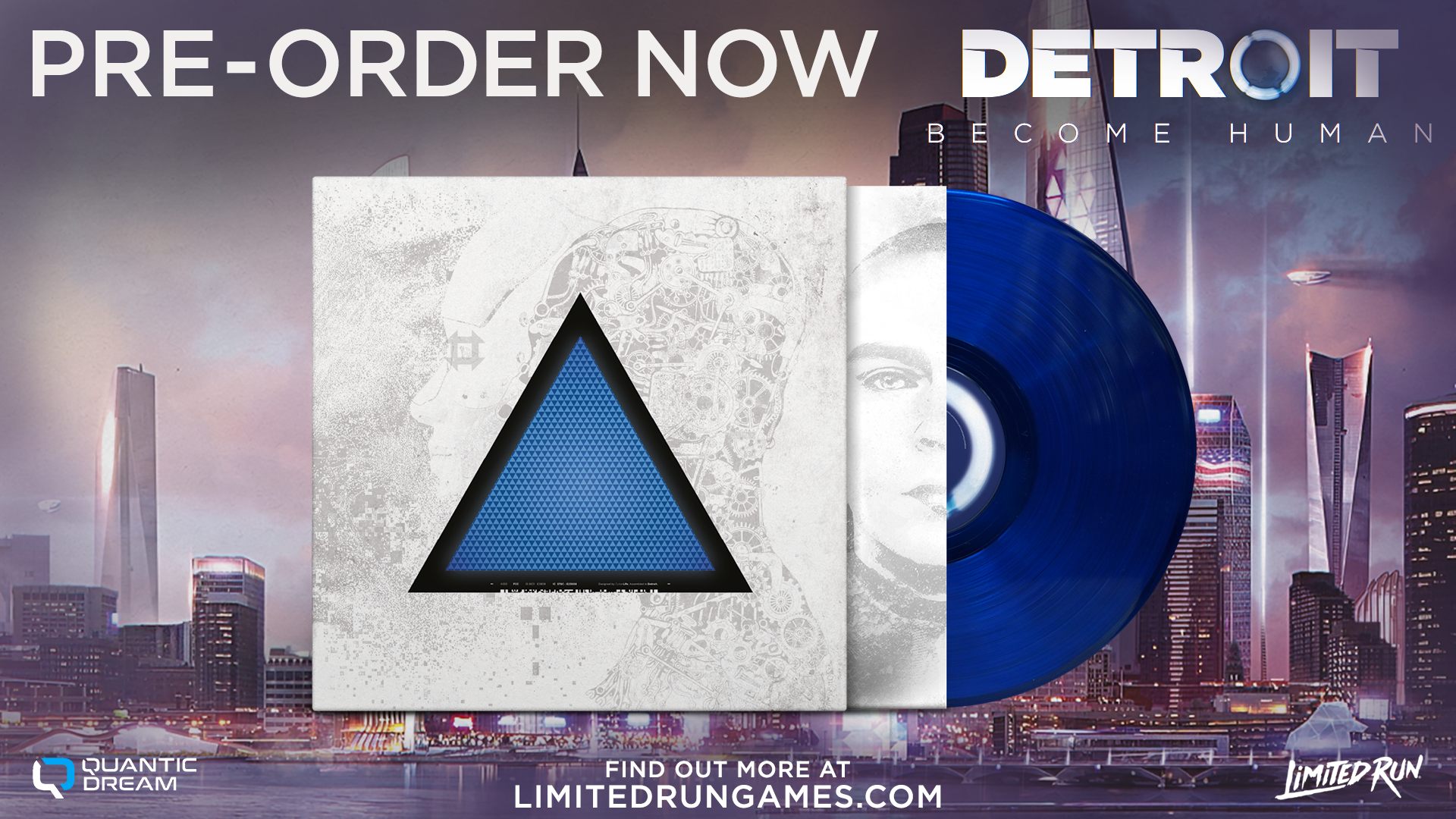 Relive some of the most tense and emotional moments from Detroit: Become Human with this selection of themes from the game’s score on a colored vinyl

PLEASE NOTE: This item is currently in manufacturing and artwork is subject to change. Products are typically not expected to ship until 5-8 months after the preorder window closes. Future production updates will be visible on the product page and your account page. All orders are considered final and can not be canceled

Disc A: THE MUSIC OF DETROIT: BECOME HUMAN.

Relive some of the most tense and emotional moments from Detroit: Become Human with this selection of themes from the game’s score.

In Detroit: Become Human, players control three very unique characters. Although Kara, Connor and Markus are all androids, they have very different backgrounds and functions in society. To emphasize their unique points of view, we entrusted the original soundtrack to three distinct composers with the goal of creating three distinct musical colors fitting our main characters’ identities and to embellish their individual arcs. Experience again the cold and clinical personality of Connor with the electronic soundtrack of Nima Fakhrara, feel the moving and emotional quest of Kara with Philip Sheppard’s orchestral creation, and join the fight for android freedom with Markus and Jericho thanks to John Paesano’s composition.

In Detroit: Become Human, the fourth character is the city. To give players a real sense of Detroit in 2036, local artists contributed to the soundtrack of life in the game. From soul to techno, blues to hard rock, discover eight talented independent Detroit artists who helped bring the spirit of their beloved city to the game.