$39.99
This product is sold out!
This item has not gone on sale yet. It will be available on Friday, September 2nd at 10AM Eastern Time.

DoDonPachi Resurrection Switch Arcade Peripheral is designed to emulate a classic arcade cabinet, with your Switch acting as a vertical screen and your Joy-Con taking the spot of the controls. Compatible with both the Standard and OLED model Switch. This is an open pre-order for a limited time. 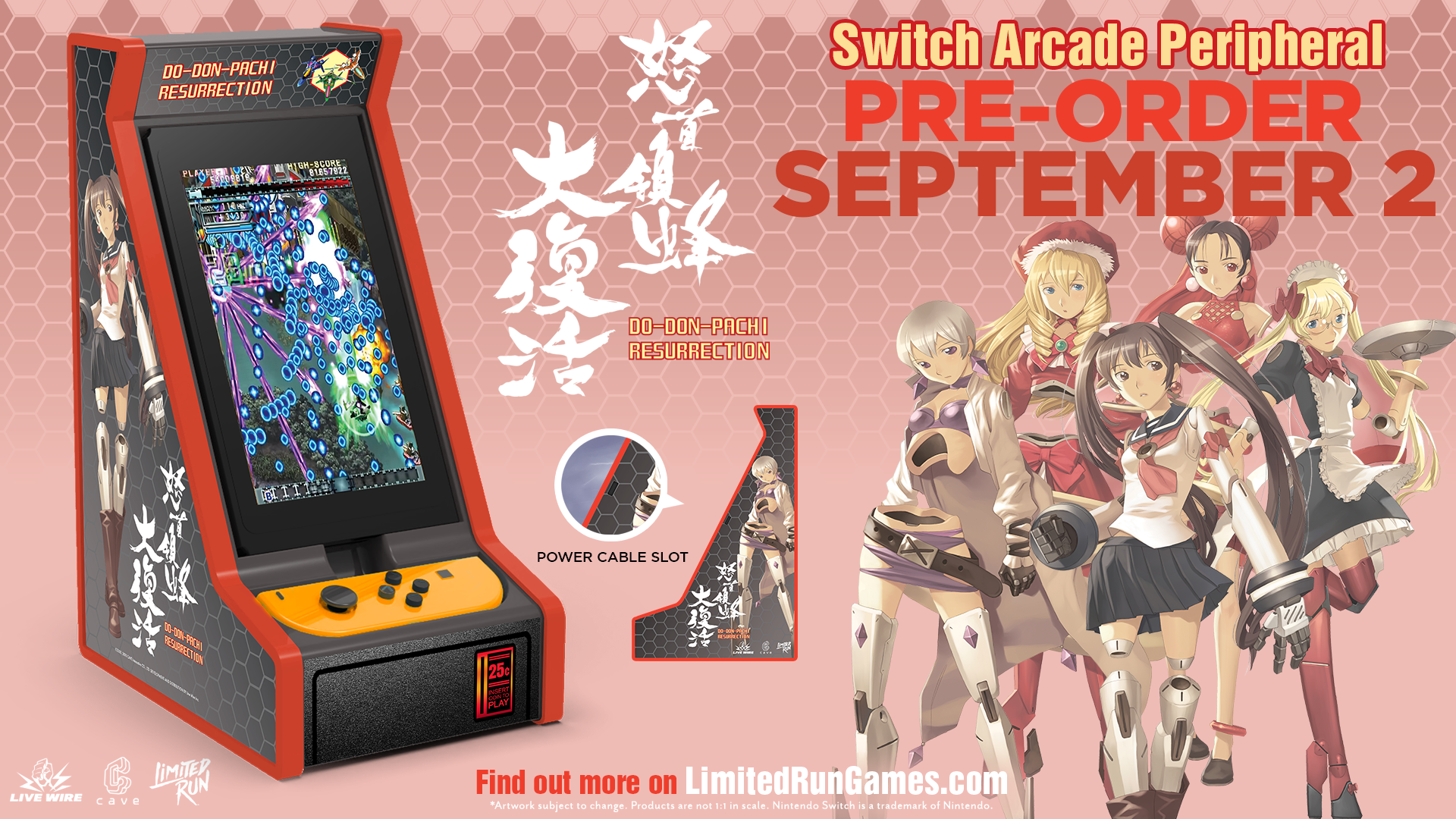 Slide in your Switch and experience the most satisfying way to play DoDonPachi Resurrection!

DoDonPachi Resurrection Switch Arcade Peripheral is designed to emulate a classic arcade cabinet, with your Switch acting as a vertical screen and your Joy-Con taking the spot of the controls. Compatible with both the Standard and OLED model Switch.

Six years after the battle in Lunapolis was over ...

The Moon-based "DonPachi" headquarters sensed a turbulence in space-time. As a result of their investigation, it was found that it was due to a large amount of material transfer to the past. The culprit was Exy, an element doll. She would have been abandoned in a runaway battle six years ago. The battle between Axie, who plans to rewrite history, and the DonPachi army, which tries to prevent it, begins. It will be set in Japan in May 2008.The world is once again engulfed in war. The bee's feather sound hasn't stopped yet!

A battle system full of exhilaration

Select one of the three models that are characterized by their movement speed and shot type, and sortie. Orthodox "Bomb Style" that can use bombs to counteract enemy bullets at the same time as attacking the entire screen

Bomb hardly shoots, but "power style" that can switch shot power arbitrarily. And "strong style" that combines the two strengths. You can set the aircraft and shot style to your liking. "Hyper counter mode" that offsets enemy bullets at the same time as powering up your own machine,

Let's lead the battle to your advantage with the "counter laser" that cancels the enemy's laser.