He is brutally mauled by a dragon on one mission, but as he gasps his last breath, two witches save him by feeding him dragon blood – a death-defying magical substance that also grants him new witch powers.

Dragon Star Varnir is on a region-free physical cart for the Nintendo Switch. 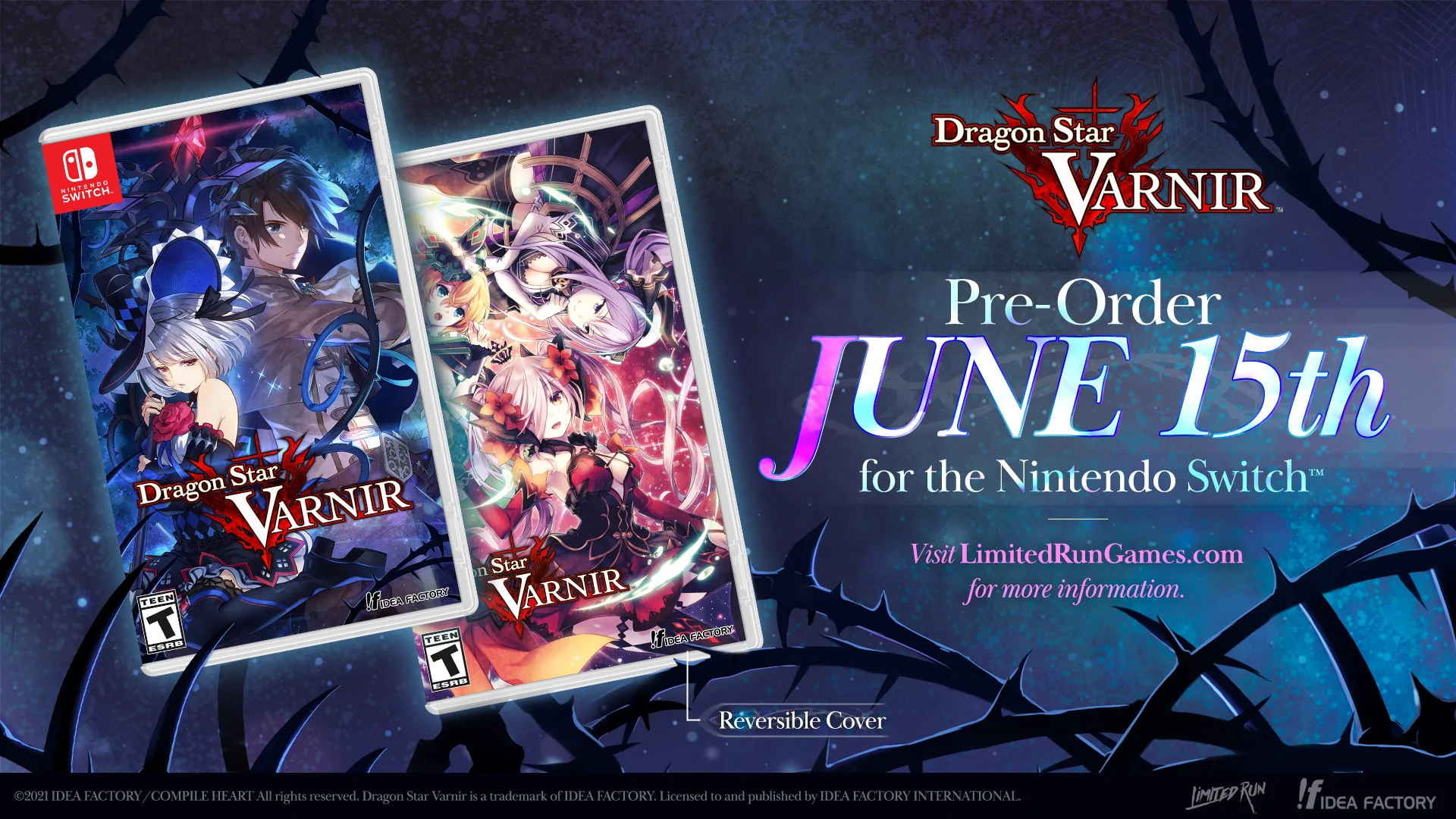 This release is not a part of the Limited Run Games Collection and is not a numbered release. We are distributing this title on behalf of Idea Factory Missing out on this release will not compromise a complete Limited Run set.

PLEASE NOTE: There is a purchase limit on this item. This item is currently In-hand. Shipping updates will be sent to you via email and visible on your account page. All orders are considered final and can not be canceled.

In a world where the bones of an ancient beast tower over the land...

The Knight Zephy is part of an order whose role is to hunt down witches – people seen as cursed beings for giving birth to dragons.

He is brutally mauled by a dragon on one mission, but as he gasps his last breath, two witches save him by feeding him dragon blood – a death-defying magical substance that also grants him new witch powers.

Their fates now intertwined, Zephy reluctantly joins the witches against a slew of enemies: an Empire out to destroy his kind, ruthless dragon hunters, and a witch more powerful than any in existence.

Can they fight all this and save themselves, or will his new allies succumb to the dragon’s curse…?

3 Tiers to Fear and MORE – Take flight in this turn-based RPG, duking it out against enemies and vicious Giant Dragons in three vertically-oriented tiers. Freely position your party members within the tiers to find unique formations to increase physical or magical attacks, and even your defenses!

Awaken Your Inner Dragon – Fill up your Dragon Gauge during battle to harness the power of dragons, drastically increasing your armor and unlocking special abilities! Transforming at low health ups the ante with more powerful attacks but weakened defenses.

Welcome to Devour Hour – Use the Devour skill on a weakened dragon to obtain skill trees from the enemy. With multiple dragons roaming the land, players can customize unique skill sets for each character!

Madness or Riches? – Three witches depend on you to bring them dragon’s blood as food. Starve them, and they go mad. Overfeed them, and they become a dragon! Will you keep them alive or sacrifice them to obtain rare items? Your choices will alter the storyline!