Tomas Sala, creator of The Falconer, and Award-winning composer Benedict Nichols bring together an eclectic cathedral of a soundtrack that summons the dual nature of The Falconeer; nuanced, but yet dynamic!

Sale: Receive 50% of The Falconeer: Warrior Edition the game with purchase of the vinyl, applied automatically through checkout Sale: Receive 50% of The Falconeer: Warrior Edition the game with purchase of the vinyl, applied automatically through checkout 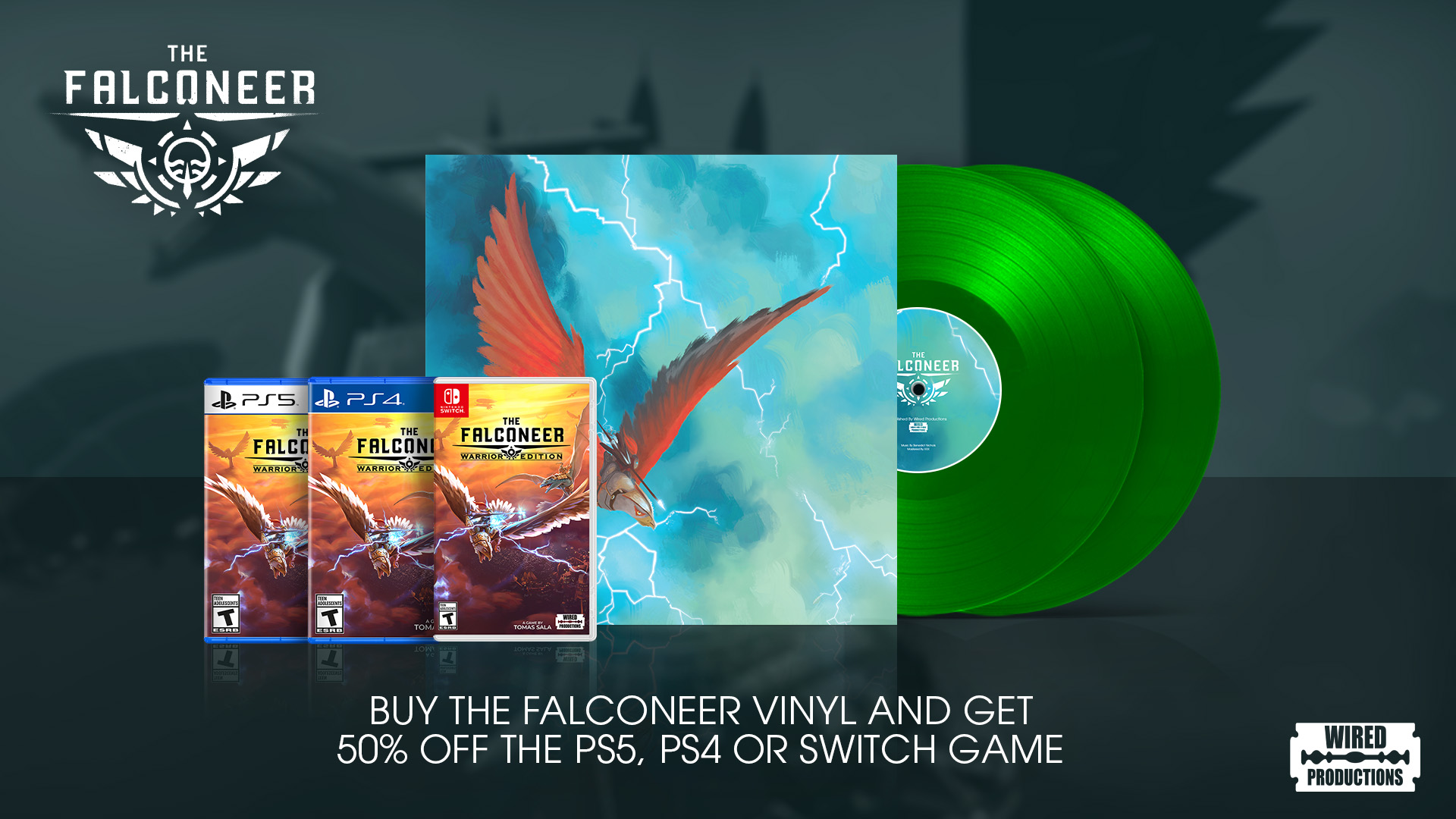 With exclusive cover art by illustrator Haley Wakefield, this is a treasure you will need to act swiftly to secure!

Tomas Sala, creator of The Falconer, and Award-winning composer Benedict Nichols bring together an eclectic cathedral of a soundtrack that summons the dual nature of The Falconeer; nuanced, but yet dynamic! Steeped in a sense of nature, the score is layered with the beautiful and frenetic, the soundtrack invokes both the transcendental waters and high-energy of aerial combat by using everything from Mongolian throat-singing to razor-edge synthesis, organs, and Balkan choirs.

Soar through the skies aboard a majestic warbird, explore a stunning oceanic world and engage in epic aerial dogfights, in this BAFTA nominated air combat game from solo developer, Tomas Sala.

You take on the role of Falconeer, a powerful airborne warrior traversing a vast oceanic world torn apart by generations of poisonous decisions and dissent. Throughout multiple campaigns, you will experience life from many different perspectives and loyalties as you embark on a journey of discovery, and solve the mystery of the Ursee, its people and history.

Progress through perilous missions and side quests, wielding your lightning caster to protect ships against pirates, kraken and other threats. Dive through the deep ocean depths, soar above the clouds to do battle with giant crab cities or engage in furious dogfights against the mysterious Mancer Order that controls and regulates technology.