Retro-Bit Publishing® strives to provide the re-releases of some of the most rare and unattainable classic titles like Gaiares to regions where they were never released and works closely with the partners to bring these unique retro games to gamers today from around the world.

Gaiares is on physical cartridge for the Sega Genesis. This is an open preorder for a limited time. 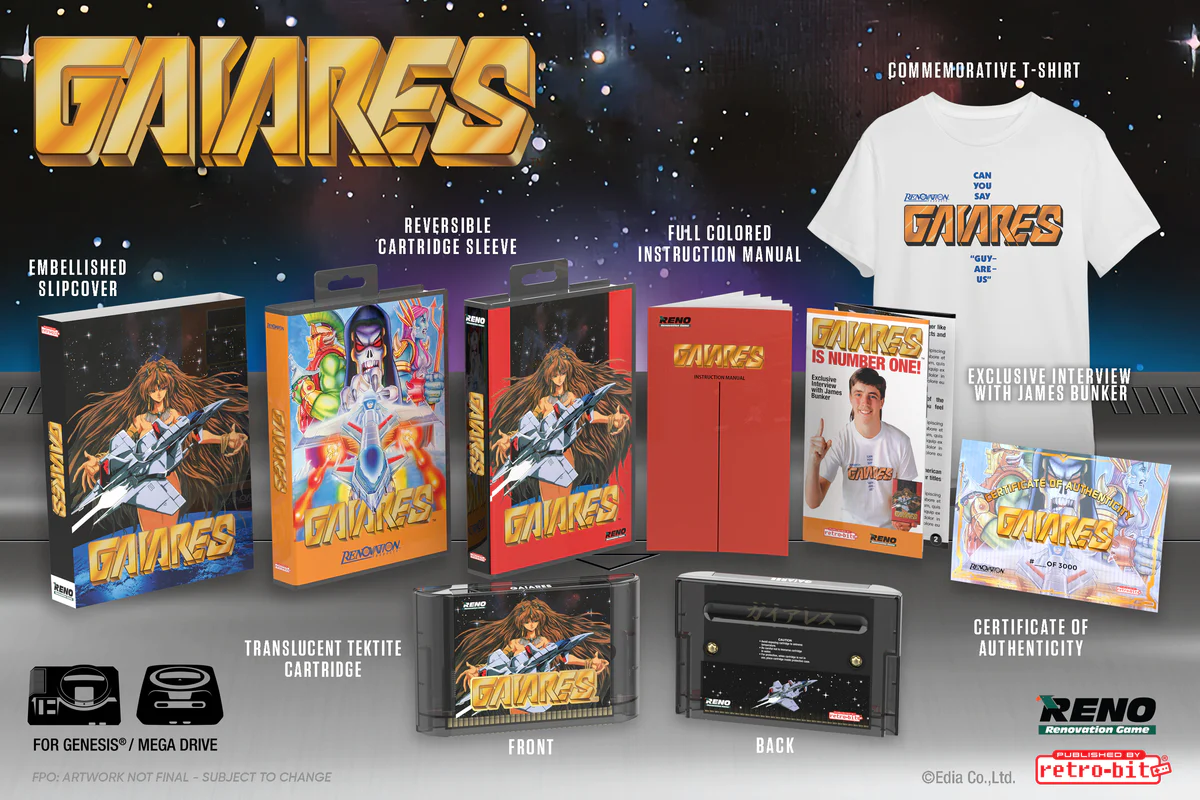 This is not a numbered release, and thus is not a part of the Limited Run Games Collection. We are distributing this title on behalf of Retro-Bit Publishing. Missing out on this release will not compromise a complete Limited Run set.

Retro-Bit Publishing® strives to provide the re-releases of some of the most rare and unattainable classic titles like Gaiares to regions where they were never released and works closely with the partners to bring these unique retro games to gamers today from around the world.

In Gaiares, Mother Earth has been turned into an environmental wasteland.  Now, the human race has one final chance to save the Earth...with your help!  The United Star Cluster of Leezaluth will help the humans settle a new world if they are able to take out the intergalactic terrorists known as Gulfer.  Fail, and they will force our sun to supernova - destroying the entire system.  But there is still one brave hero willing to fight for our survival - ace pilot Dan Dare.  Along with Alexis, the former messenger of Leezaluth, and the new TOZ weapon system… we have a chance!

Journey through 8 stages of brutal space combat, enormous bosses, and gorgeous cutscenes all on a 16-bit cartridge!