Sundered® is a chaotic hand­-drawn metroidvania where you resist or embrace ancient eldritch powers. Confront hordes of terrifying enemies in an ever-changing world inspired by the works of H.P. Lovecraft. Sundered is a challenging and unique take on a classic genre from the creators of Jotun!

Sundered is on a region-free physical disc for the Playstation 4. 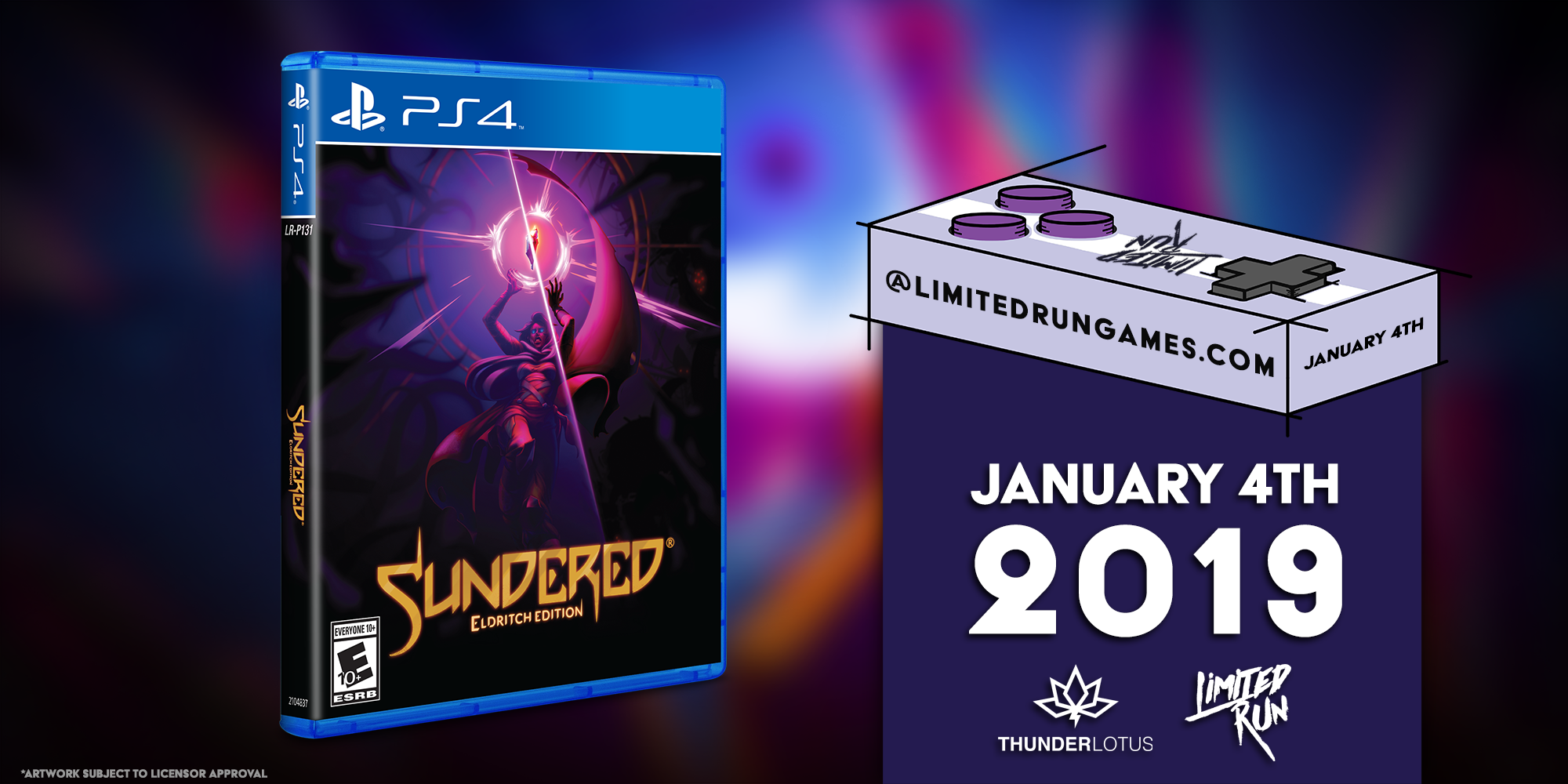 Sundered® is a chaotic hand­-drawn metroidvania where you resist or embrace ancient eldritch powers. Confront hordes of terrifying enemies in an ever-changing world inspired by the works of H.P. Lovecraft. Sundered is a challenging and unique take on a classic genre from the creators of Jotun!

You play Eshe, a wanderer in a ruined world, trapped in ever-changing caverns filled with hordes of terrifying enemies. Harness the power of corrupted relics to defeat gigantic bosses, at the cost of your humanity.

Sundered: Eldritch Edition adds local co-op multiplayer support for up to 4 players, along with new areas and a chaotic battle against the new Magnate of the Gong boss!