WRATH: Aeon of Ruin is on a region-free physical disc for the Playstation 4. 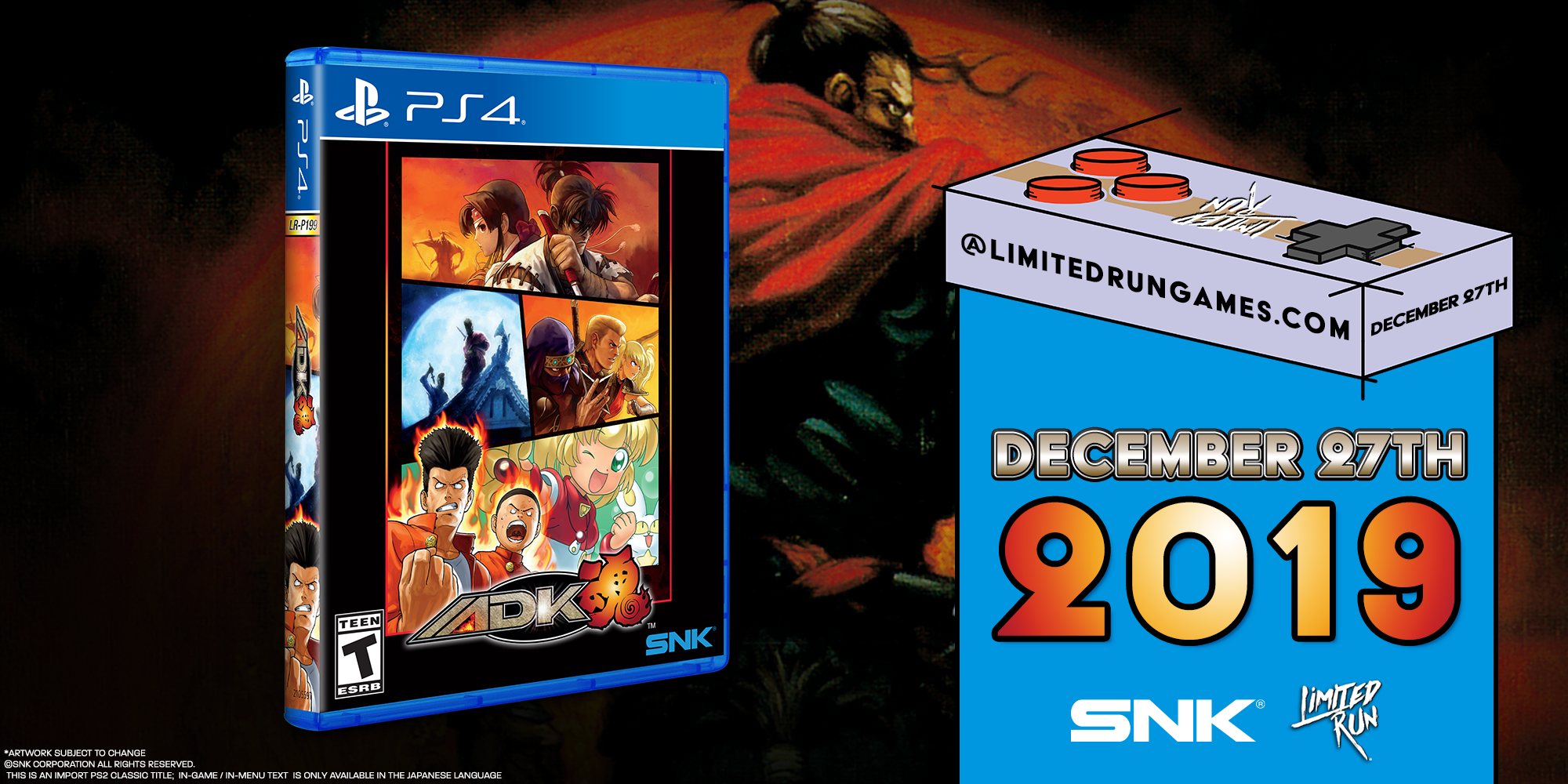 Ganggang Kohshinkyoku (abbreviated ADK) is a one-on-one fighting arcade game that includes the ability to fight on multiple planes.

Ninja Combat is a 1991 side-scrolling action game and one of the earliest NEOGEO games and is also famous for its skill-based gameplay and high difficutly.

Ninja Commando is a top down, vertically scrolling run and gun arcade game that features a unique feature where special moves can be launched with specific fighting game-like command inputs.