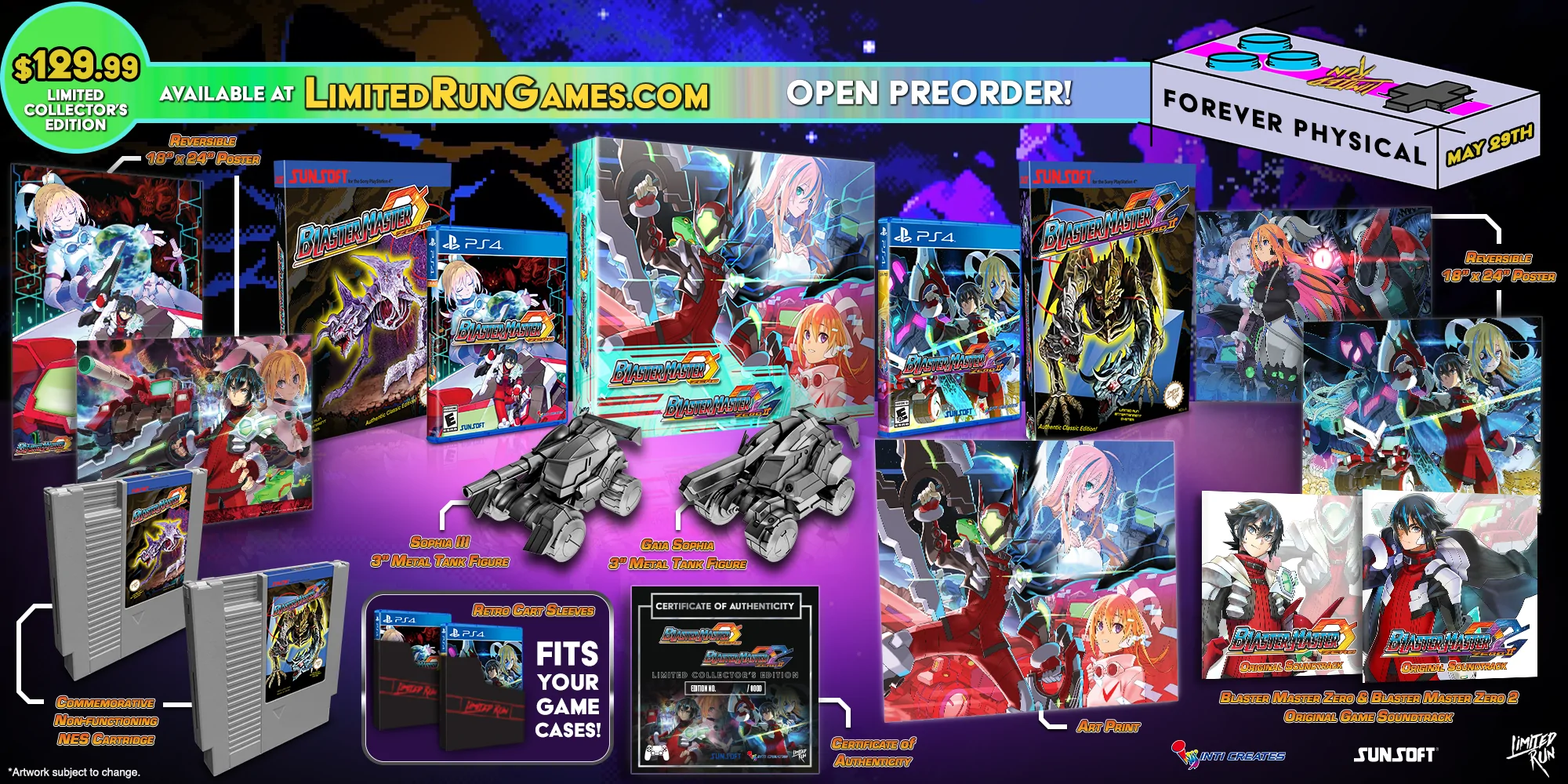 Blaster Master Zero is an action-exploration game done in an 8-bit top-down & side-view style that hearkens back to the golden age of the NES.

Using the original 1988 NES title "Blaster Master" from Sunsoft as a base, Blaster Master Zero has many new additions, such as new areas and bosses, new gameplay elements such as extra sub-weapons, improved gameplay, a more robust scenario, refined and expanded exploration mechanics, and more.

The story of Blaster Master Zero 2 begins a few months after the events of the first game (released on March 9, 2017), where the main protagonist Jason saves planet Earth from the mutants. Eve has been infected by mutant cells that are slowly corrupting her body, so together with Jason and Fred, they board G-SOPHIA and begin an intergalactic journey to Eve's home planet, Sophia, in hopes of finding a cure for the mutant infection.