Space Channel 5 VR Kinda Funky News Flash!  is on a region-free physical disc for the Playstation 4. This is an open pre-order for a limited time. 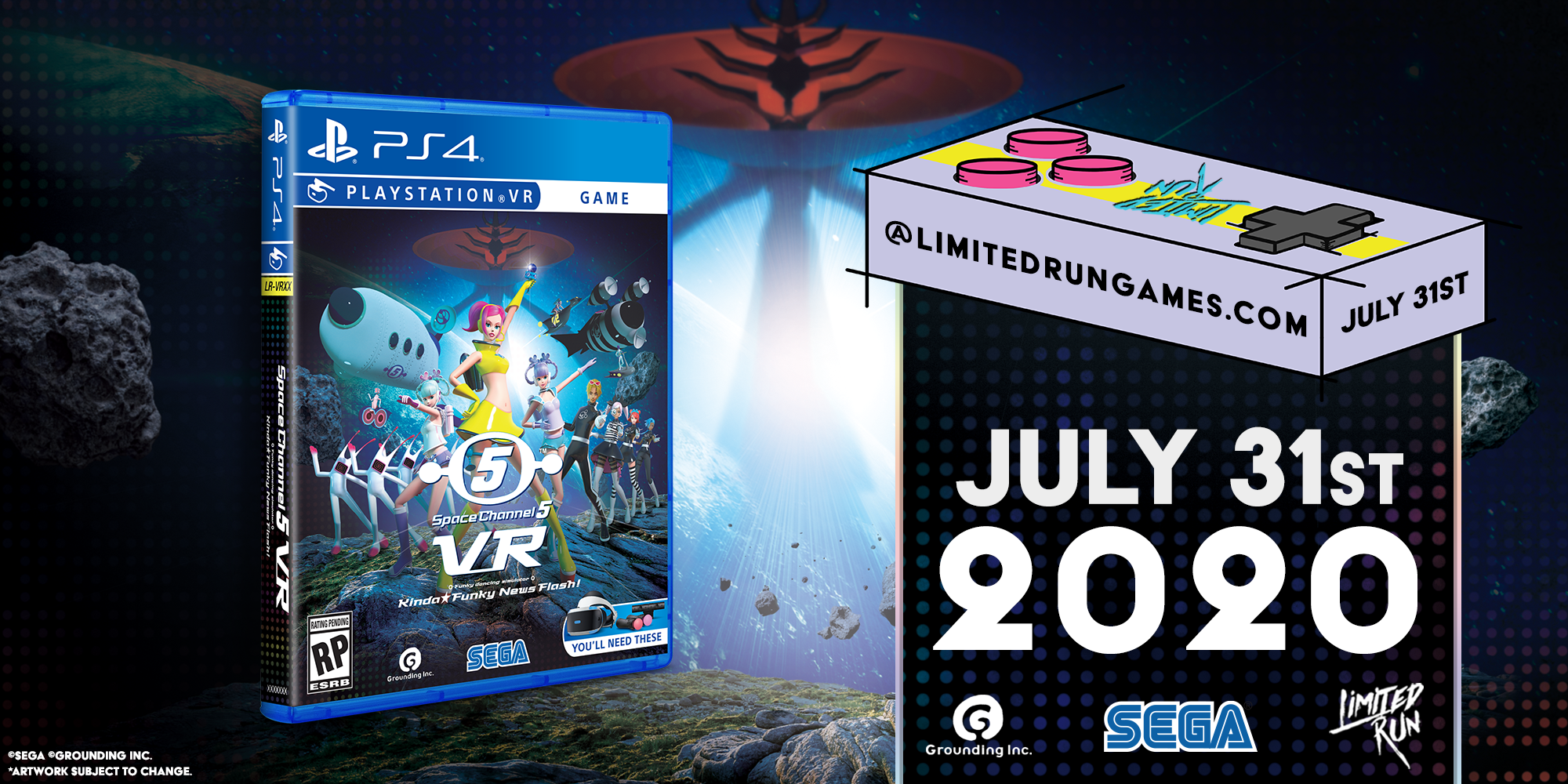 Dance to Save the Galaxy -- in Virtual Reality!

Members of the original development team have returned to usher Space Channel 5 into a new decade. Space Channel 5 VR: Kinda Funky News Flash! is set in “Space Channel 5,” the premiere space TV station of the 25th Century. For the first time, the player will physically join senior reporter Ulala as a rookie, by dancing, posing, and grooving while holding PlayStation®Move motion controllers. Returning cast members join brand new characters in new stages and music for a groovin’ good time.

The legendary music game Space Channel 5 was released for Dreamcast by Sega 20 years ago. Intended “for everyone who loves music, dance, and game”, the game introduced Ulala, a reporter for a future space TV station Channel 5. She battled mysterious aliens called Morolians with dance, rescued captured humans, and saved space. The game celebrated its 20th anniversary on December 16, 2019. After all this time, Space Channel 5 is still beloved and celebrated by many fans around the world.