Five Dates is an interactive rom-com about the unpredictable world of digital dating. With five potential female matches, Vinny explores whether compatibility, chemistry and connection is still possible in a world where physical touch is no longer an option.

Five Dates is on a region-free physical disc for the Playstation 4. 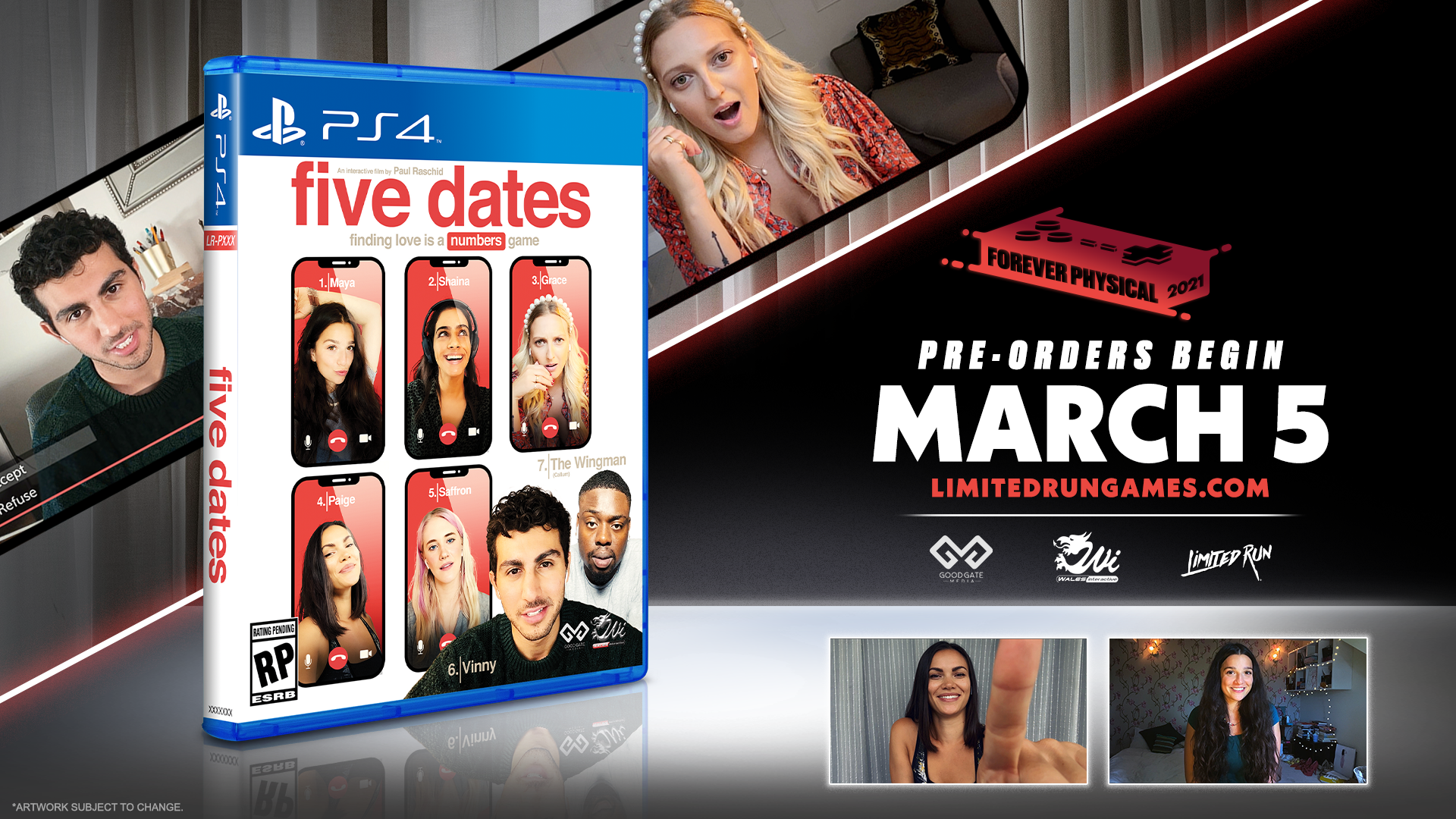 Five Dates is an interactive rom-com about the unpredictable world of digital dating. With five potential female matches, Vinny explores whether compatibility, chemistry and connection is still possible in a world where physical touch is no longer an option.

Vinny, a millennial from London, joins a dating app for the first time while living in lockdown during the coronavirus pandemic. With five potential female matches, Vinny must pluck up courage to video date with wildly different personalities, starring Mandip Gill (Doctor Who) and Georgia Hirst (Vikings).

The viewer’s choices will define Vinny’s interactions with each date and their interest in seeing him again. Amidst a branching, multi-directional chain of conversation topics and deep-dive questions, Vinny is faced with digital game dates, awkward scenarios and unexpected truths.

From the publishing studio that brought you The Complex, The Bunker and Bloodshore.