DOOM: The Classics Collection is on a region-free physical disc for the Playstation 4. This is an open pre-order for a limited time. 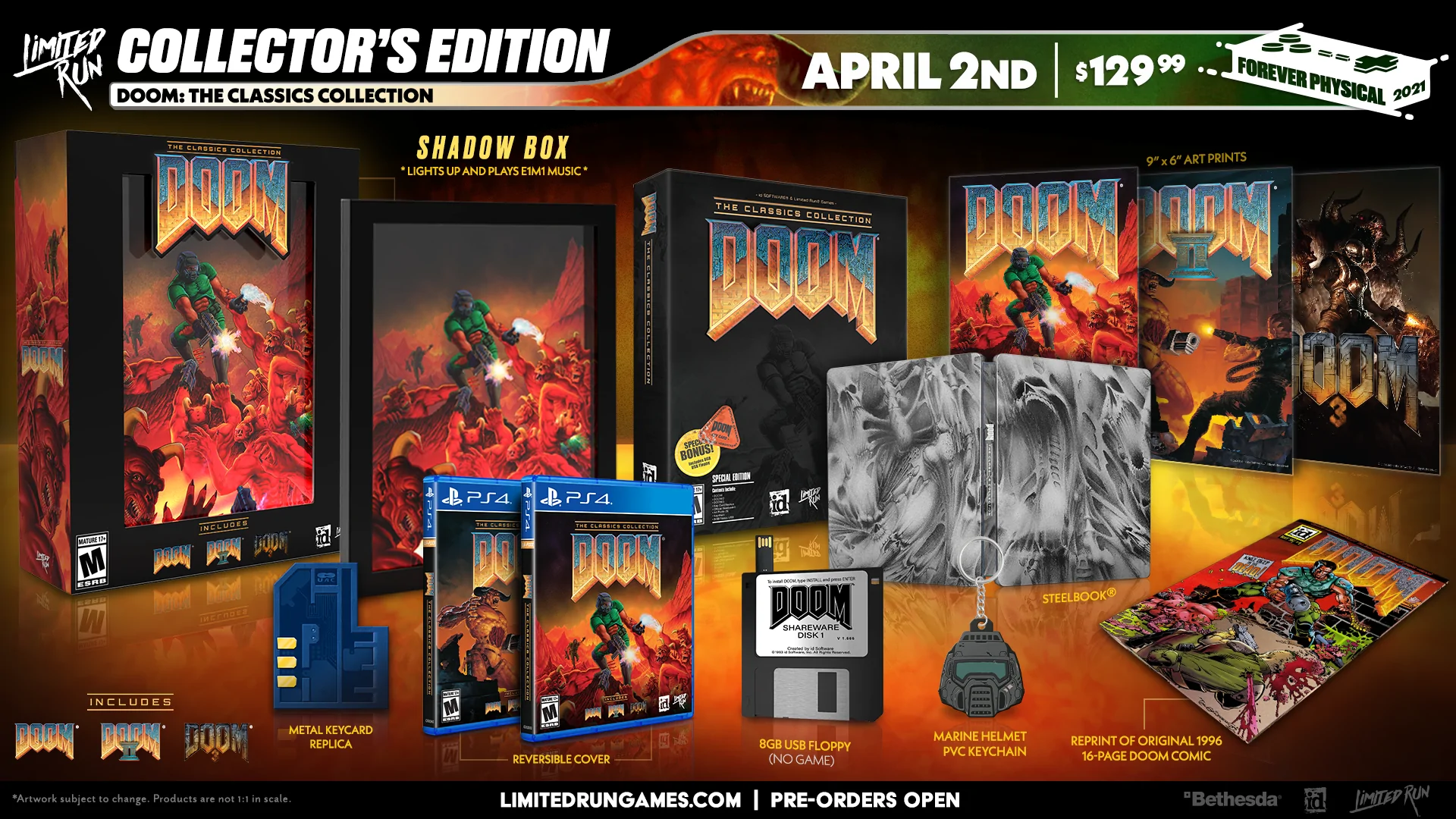 Relentless demons, impossibly destructive guns, and fast, fluid movement provide the foundation for intense, first-person combat – whether you’re obliterating demon hordes through the depths of Hell in the single-player campaign, or competing against your friends in numerous multiplayer modes. There is no taking cover or stopping to regenerate health as you beat back Hell’s raging demon hordes. Combine your arsenal of futuristic and iconic guns, upgrades, movement and an advanced melee system to knock-down, slash, stomp, crush, and blow apart demons in creative and violent ways.

This beloved sequel to the groundbreaking DOOM (1993) gave players the brutal Super Shotgun to bear against deadlier demons, and the infamous boss, the Icon of Sin. To save Earth, you must descend into the depths of hell, survive demon hordes, and take part in the fiercest battle ever.

In this critically acclaimed action-horror re-telling of the original DOOM, players must battle their way through a demon-infested facility before entering the abyss to battle Hell's mightiest warrior - and put an end to the invasion.