Get in the groove with Dangun Feveron's old school style of refreshing and simple vertical scrolling gameplay. This outstanding example of the high speed 'danmaku' bullet hell genre is back as the second installment in the M2 Shot Triggers lineup, just as it approaches its 20th anniversary!

Dangun Feveron is on a region-free physical disc for the Playstation 4. This is an open pre-order for a limited time. 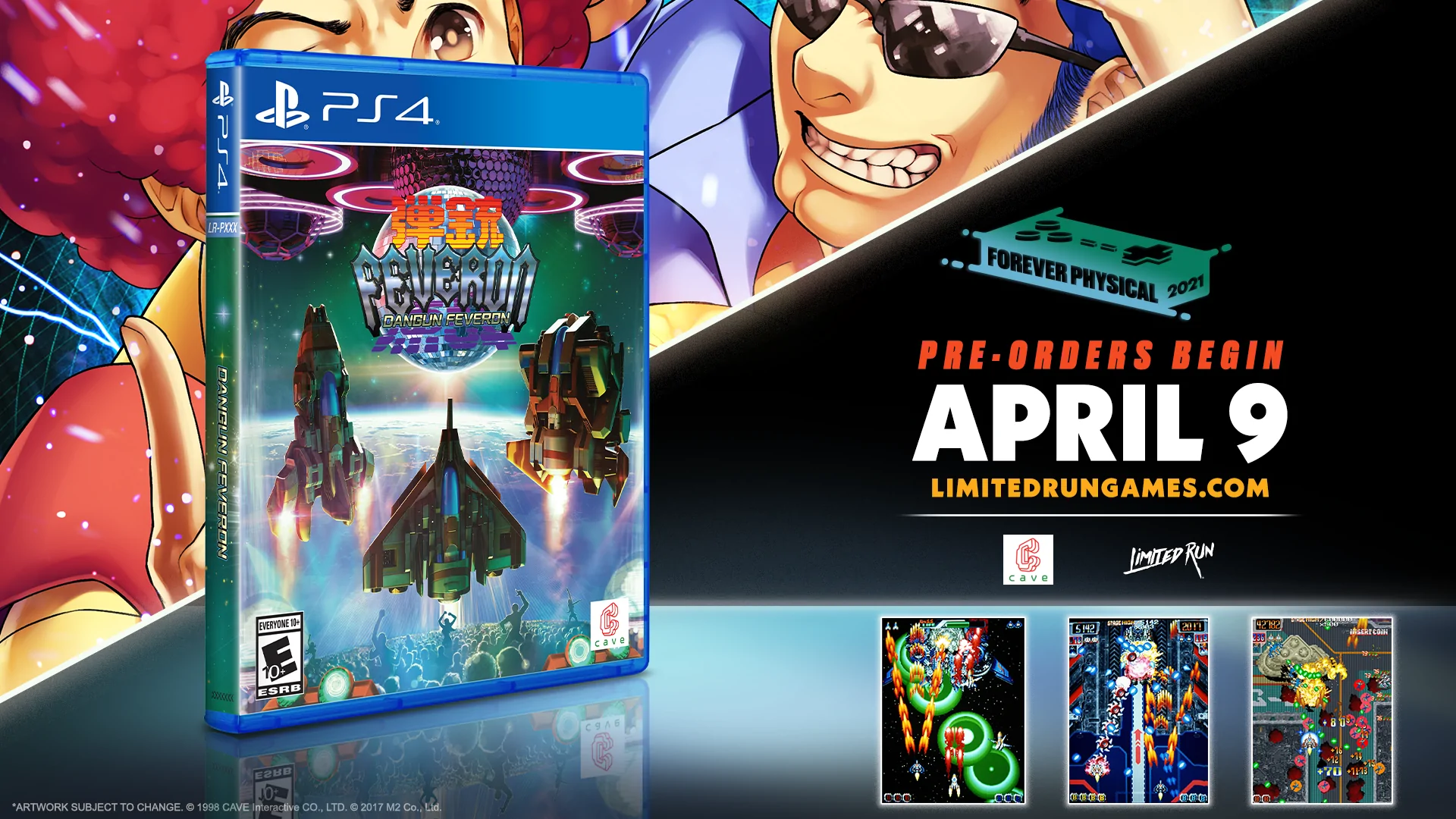 Get in the groove with Dangun Feveron's old school style of refreshing and simple vertical scrolling gameplay. This outstanding example of the high speed 'danmaku' bullet hell genre is back as the second installment in the M2 Shot Triggers lineup, just as it approaches its 20th anniversary!

A new shine has been added to this masterpiece from CAVE with features like original game modes that put a new twist on the gameplay, remixed background music, and powered-up M2 Gadgets to help you become a master.

Gather your dance energy and get your groove on in the first home console port of this fan favorite that spread dance fever through the arcades!