$74.99
This item has not gone on sale yet. It will be available on Thursday, December 1st at 12PM Eastern Time.

In 1985, Nintendo made a tentative effort to bring its Family Computer console to America, rechristening it the Nintendo Entertainment System for the U.S. Following the tremendous success of that effort, they went nationwide over the course of the following year. 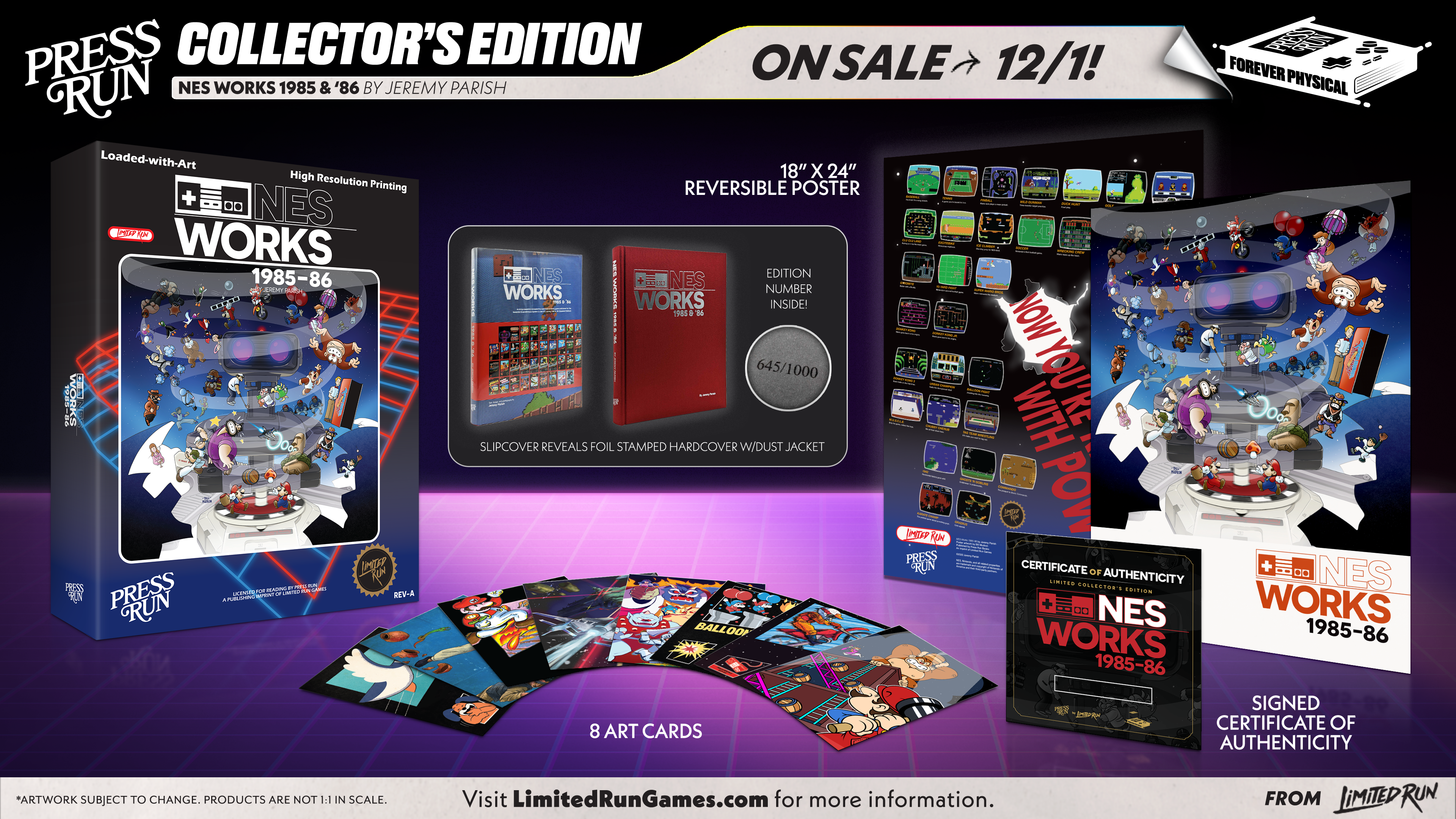 PLEASE NOTE: There is no purchase limit on this item. This item is currently In-Production. Shipping updates will be sent to you via email and visible on your account page. All orders are considered final and can not be canceled.

In 1985, Nintendo made a tentative effort to bring its Family Computer console to America, rechristening it the Nintendo Entertainment System for the U.S. Following the tremendous success of that effort, they went nationwide over the course of the following year.

NES Works 1985 & ’86 tells the story of the console’s journey to the U.S. beginning, with an uphill battle to test-launch the system in New York before spreading like wildfire from coast to coast. This volume explores the 36 NES games that shipped in America by the end of 1986: Not only Nintendo’s own Black Black releases, which included both home versions of beloved arcade hits (Donkey Kong and Popeye) and new masterpieces (Super Mario Bros. and Excitebike) but also a lineup of third-party works like Ghosts ’N Goblins and Gradius. These games didn’t always turn out perfectly, but they never offered a dull moment.

The retrospectives in this volume explore relevant historic, cultural, and technical for each individual game. Additionally, every game is presented with high-resolution photography of its original packaging, along with screen shots captured from actual NES hardware, as well as detailed supplemental information. Along with its new companion release NES Works 1987, the most comprehensive NES software retrospective series ever published begins here with a single edition of material originally published as NES Works 1985 and NES Works 1986 (featuring corrected and fully up-to-date information).