$34.99
This product is sold out!
This item has not gone on sale yet. It will be available on Friday, June 24th at 10AM Eastern Time.

Make a return to the golden age of RPGs with 8-bit graphics and chiptunes. By unlocking growth plates, characters are able to strengthen parameters, learn skills, and increase job rank! Master multiple jobs and live an adventure full of challenges and dungeons to explore! Dragon Lapis is on a region-free physical disc for the PlayStation 5. This is an open pre-order for a limited time. 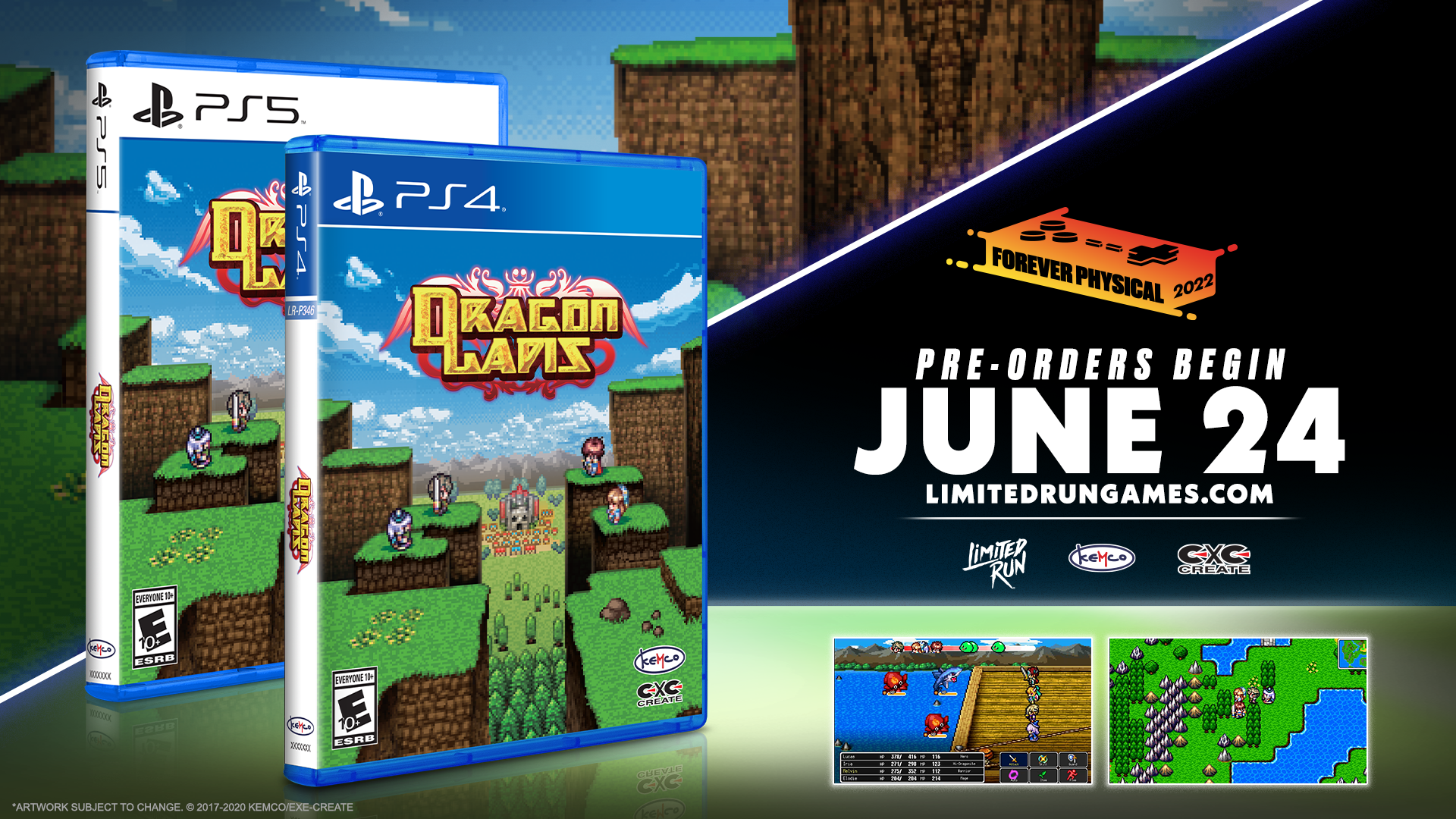 Make a return to the golden age of RPGs with 8-bit graphics and chiptunes. By unlocking growth plates, characters are able to strengthen parameters, learn skills, and increase job rank! Master multiple jobs and live an adventure full of challenges and dungeons to explore!

A thousand years ago, two dragons suddenly appeared in the world.

One like the blazing sun and the other glinting hoarfrost, they fought for supremacy, leaving a trail of death and destruction behind them.

In the wake of this devastation, the inhabitants of the world were left there to mourn and eventually sink into the abyss of despair…

However, when all seemed lost, a hero by the name of Alaric arose from obscurity, and brought with him newfound hope. Sacrificing his powers, he was able to seal the dragons in human form, and thereby restored peace to the world.

Now, a thousand years later, the world is on the verge of another great upheaval, as these same dragons, seeking to undo the seal placed upon them, have tracked down the descendants of Alaric with the intent to regain their powers and once unleash their fury…