Each of these limited edition versions comes with a card that has been hand-signed by Hitoshi Ariga. 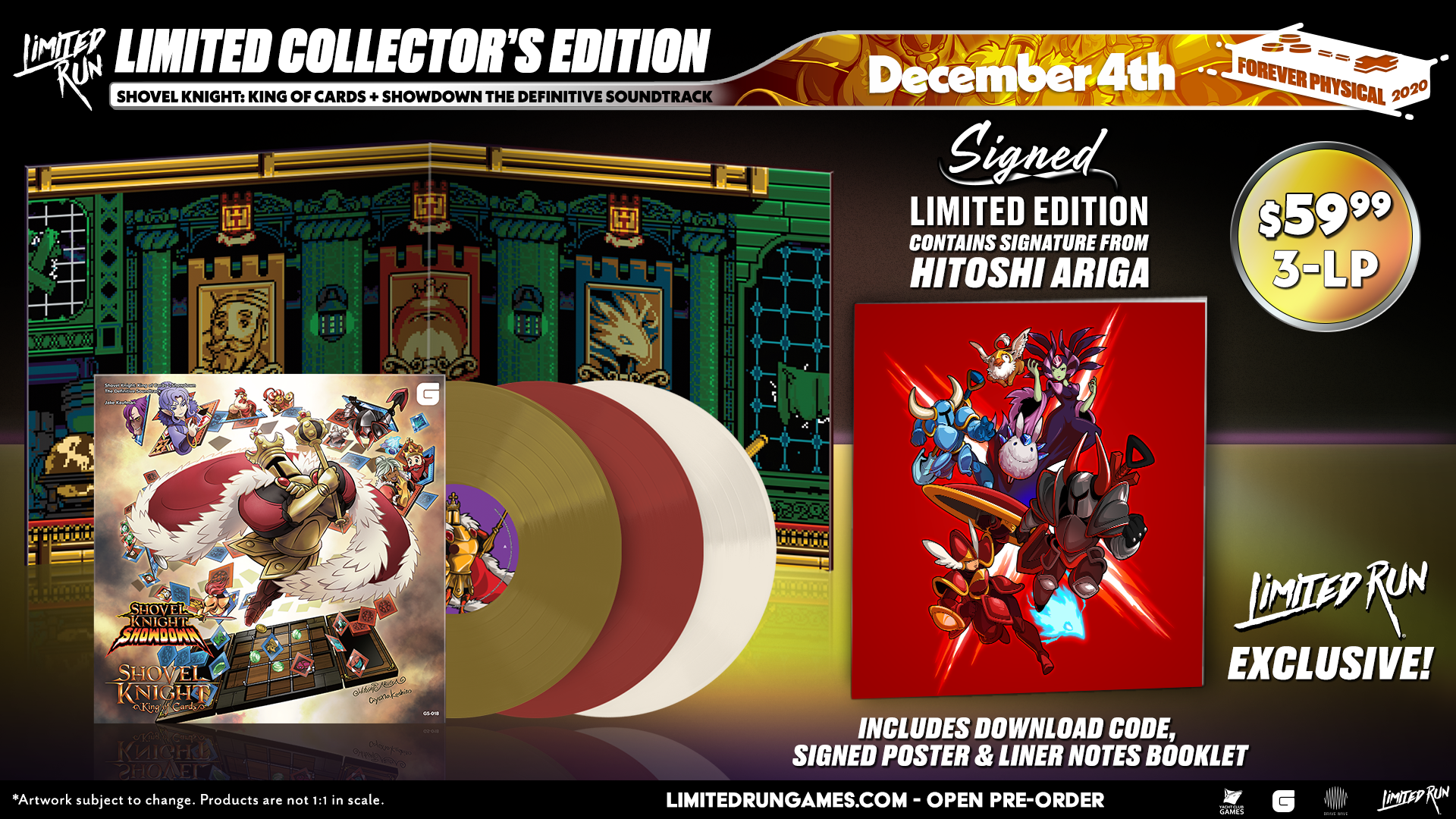 Get the Shovel Knight: King of Cards + Showdown The Definitive Soundtrack on a 3LP Vinyl. Also comes with a card that has been hand-signed by Hitoshi Ariga. 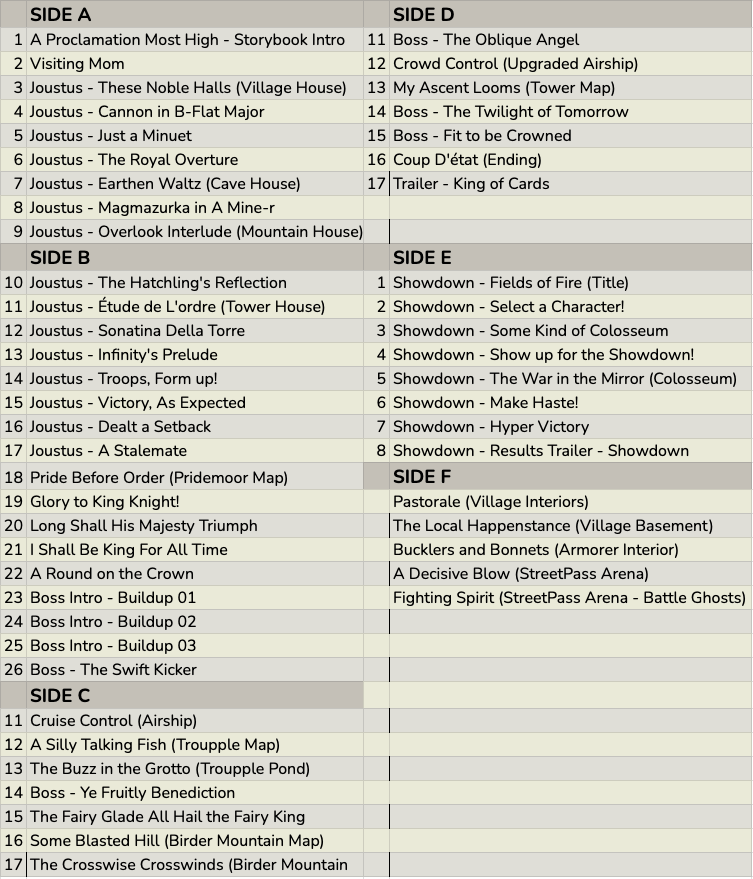 As with previous Shovel Knight soundtracks, Shovel Knight: King of Cards + Showdown The Definitive Soundtrack is part of Brave Wave’s Generation Series lineup of prestigious video game soundtracks, coming in at no. 018.

Each of these limited edition versions comes with a card that has been hand-signed by Hitoshi Ariga.

Japanese illustrator Hitoshi Ariga returned to create one last visual masterpiece exclusive to the cover of the soundtrack, along with his wife, Ayano Koshiro, who acted as the coloring artist.

The vinyl edition comes on 3 12” 150g colored and black vinyl. The first two records, which contain Sides A through D, feature all 41 tracks in their complete glory, curated especially for vinyl. In addition, for the third record, Side E contains all nine tracks from the extra Shovel Knight Showdown mode originally released alongside King of Cards. Side F contains five more tracks from the original Shovel Knight (Shovel of Hope) that were not included in the original 2016 release of that soundtrack due to run time limitations. As of this release, every track from the complete Shovel Knight package will be available on vinyl.

As always, vinyl editions contain a full-color booklet featuring artwork and liner notes by series creators. The vinyl edition will also contain a download code for every track from King of Cards + Showdown.