Get the Streets of Rage 4 Mr. X Nightmare Soundtrack on Vinyl! 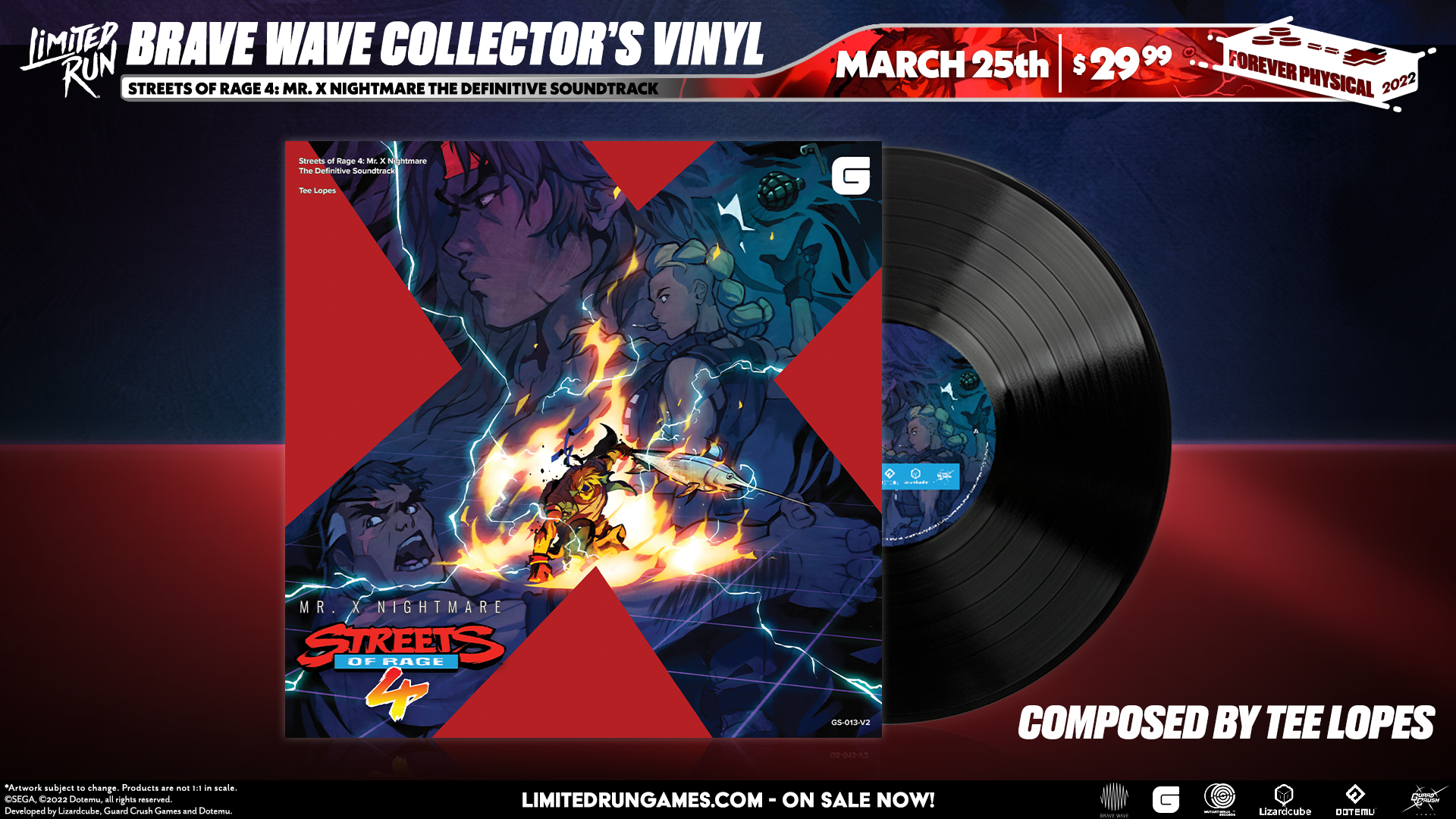 Get the Streets of Rage 4 Mr. X Nightmare Soundtrack composed by Tee Lopes on Vinyl!

After the events of Streets of Rage 4, our heroes wanted to prepare themselves for future threats. Axel, Blaze and their mates will start a very special deranged training with the help of Dr. Zan, who built an AI program from the remnants of Mister X’s brain that simulates every kind of danger they could be facing.