Immerse yourself in this all-consuming epic quest - now available for the first time on the Nintendo Switch™! -An evil presence has implanted itself in the fabric of our world. Play the role of spy, assassin, warrior and thief as you are lured into the darkest and most perilous adventure of your life.

Strife: Veteran Edition is on a region-free physical cart for the Nintendo Switch. 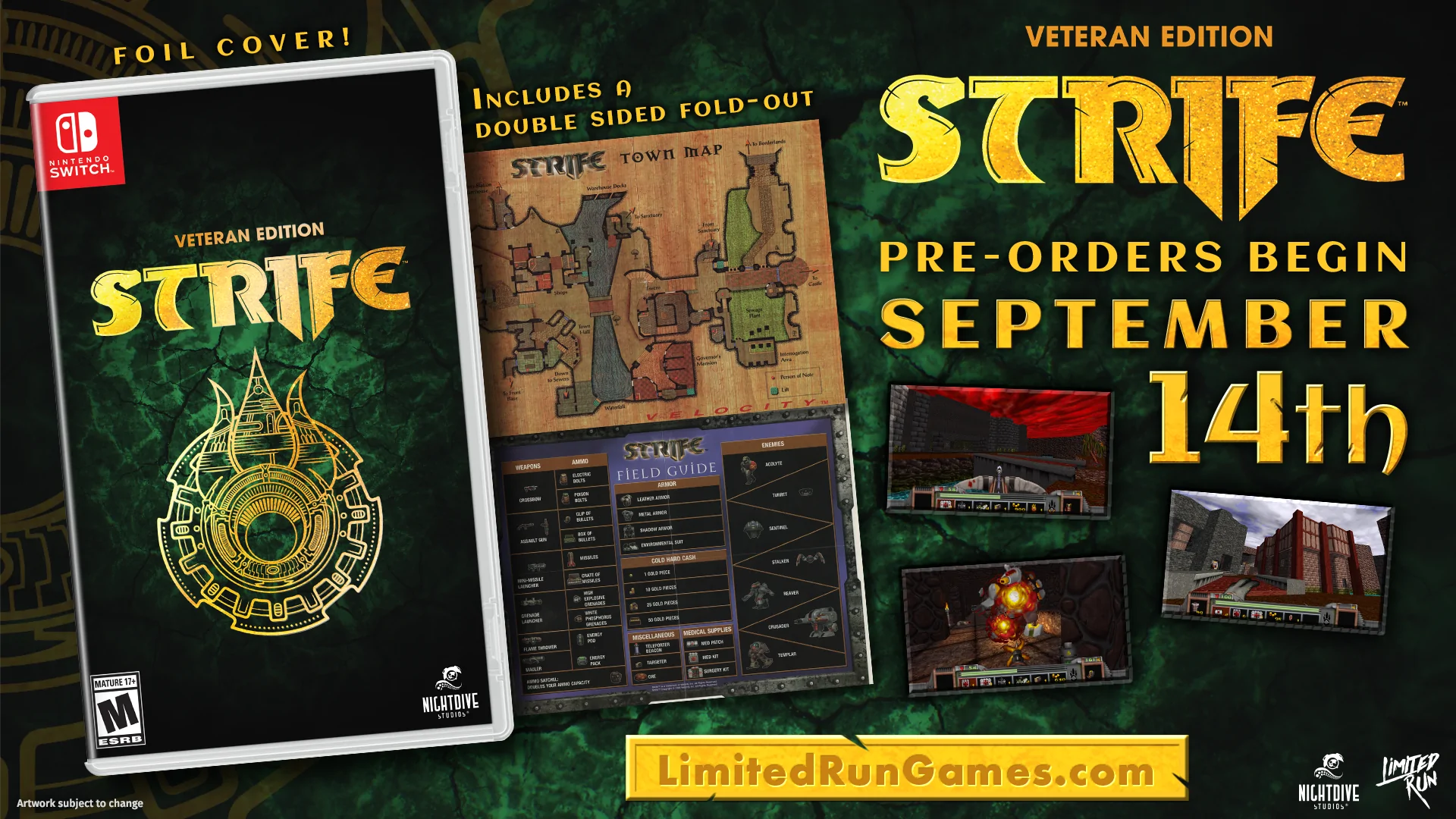 This is not a numbered release, and thus is not a part of the Limited Run Games Collection. We are distributing this title on behalf of Nightdive Studios. Missing out on this release will not compromise a complete Limited Run set.

The Original Strife is back!

Hailed as the original FPS-RPG game that spawned countless imitators, Strife: Veteran Edition is a love letter to the classic from 1996.

Immerse yourself in this all-consuming epic quest - now available for the first time on the Nintendo Switch! -An evil presence has implanted itself in the fabric of our world. Play the role of spy, assassin, warrior and thief as you are lured into the darkest and most perilous adventure of your life. You´ll have Blackbird on your side - a seductive underground agent that will provide you with clues as you encounter progressively more sinister foes. Be strong, and trust no one.

From the silent but lethal crossbow to the breathtaking flame thrower, you'll toast, mince and vaporize your opponents in your search to control the ultimate weapon of mass destruction- the Sigil.

In your role as resistance fighter, you'll conspire with allies to demolish the fanatical ranks of the order from the inside out. Provides an engaging complex storyline and a multitude of dramatic voice-overs.