$174.99
This product is sold out!
THIS ITEM HAS NOT GONE ON SALE YET. IT WILL BE AVAILABLE ON FRIDAY, JULY 29TH AT 10AM EASTERN TIME

DOOM® Eternal, the award-winning game and “one of the best first-person shooters ever” according to GameRevolution, is coming to Nintendo Switch. Developed by id Software and Panic Button, DOOM Eternal is the direct sequel to DOOM®, winner of The Game Awards’ Best Action Game of 2016.

DOOM Eternal is on a region-free physical cart for the Nintendo Switch. This is an open pre-order for a limited time. 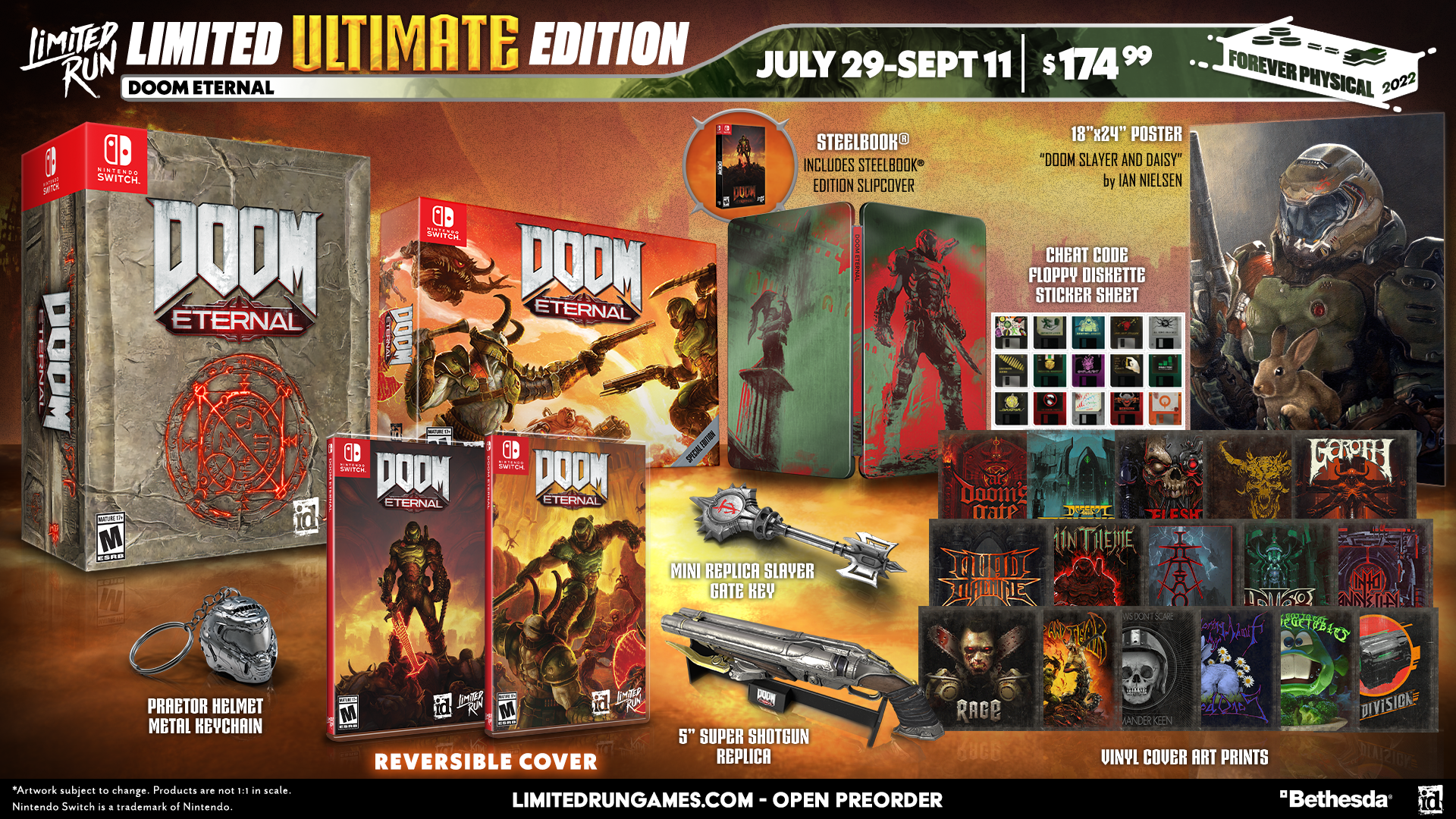 DOOM® Eternal, the award-winning game and “one of the best first-person shooters ever” according to GameRevolution, is coming to Nintendo Switch. Developed by id Software and Panic Button, DOOM Eternal is the direct sequel to DOOM®, winner of The Game Awards’ Best Action Game of 2016.

Hell’s armies have invaded Earth. Become the Slayer in an epic single-player campaign to conquer demons across dimensions and stop the final destruction of humanity. The only thing they fear…is you.

Experience the ultimate combination of speed and power in DOOM Eternal—the next leap in first-person combat powered by idTech 7. Armed with a shoulder-mounted flamethrower, wrist-mounted blade, upgraded guns, new abilities and more, you’re the greatest demon slayer in existence.

Take what you need from your enemies. Glory Kill demons to recover health, incinerate them to receive armor and cut them down with the Chainsaw to stock up on ammo.

Improve your aim with a control option that allows you to aim using gyro controls. The option can be used in conjunction with the control stick for the perfect blend of immersion and accuracy.

A new 2 versus 1 online multiplayer experience pits a fully-armed DOOM Slayer against two player-controlled demons, fighting it out in a best-of-five round match of intense first-person combat.